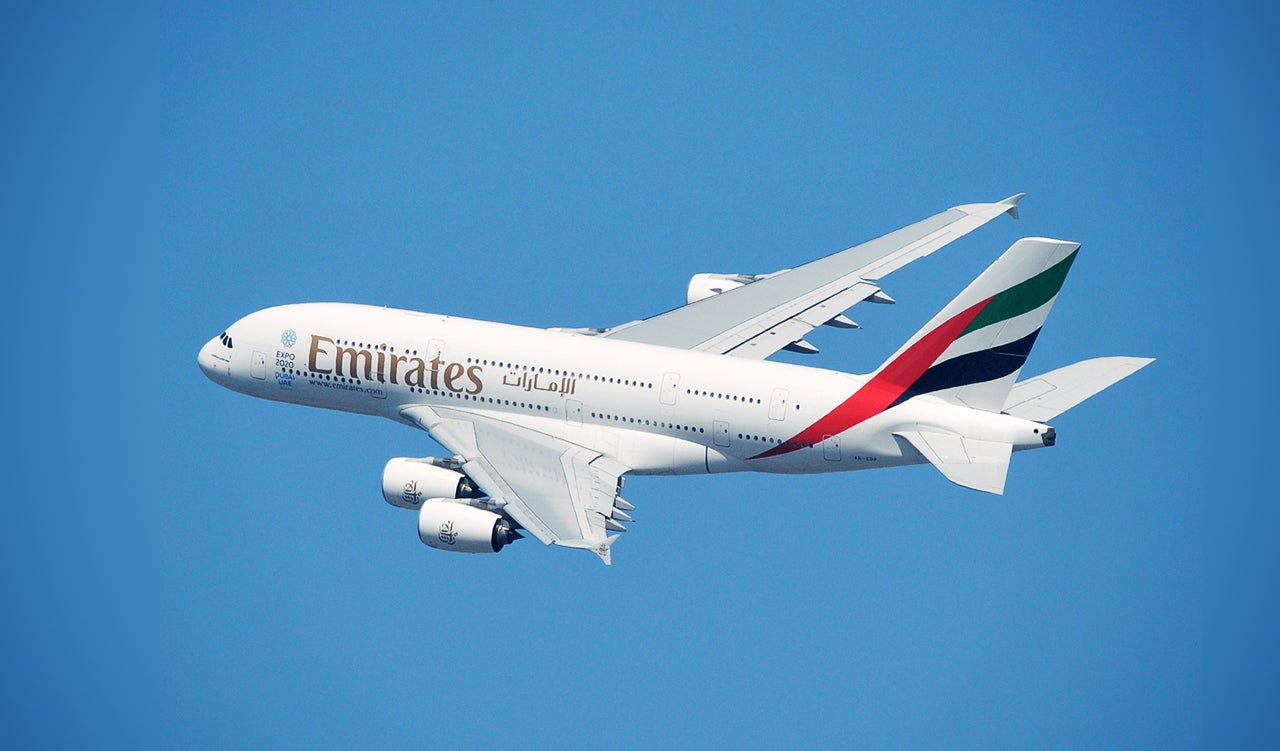 UK Woman Reportedly Jailed for Drinking Glass of Wine on Emirates Flight
This post contains references to products from one or more of our advertisers. We may receive compensation when you click on links to those products. Terms apply to the offers listed on this page. For an explanation of our Advertising Policy, visit this page.

A woman from the UK says she was arrested in Dubai after drinking a single glass of wine on an Emirates flight from London in July.

44-year-old Ellie Holman, who is originally from Sweden, says was arrested at Dubai International Airport by immigration officers on July 13 because she drank one glass of red wine with her meal on board her flight.

Upon arrival at DXB, Holman says an immigration officer told her to immediately purchase a ticket back to London because her visa had expired. Then, the immigration officer asked if she had been drinking, adding that it was a crime to consume or possess alcohol in the United Arab Emirates.

“I told him I had a glass of wine on the flight. It was given to me free by Emirates Airlines staff,” Holman told the Daily Mail.

Airport police led Holman, who was with her 4-year-old daughter, to a holding cell in the airport. Holman tried getting video of some of the incident on her phone, but was stopped by armed police officers, who then confiscated her phone and her and her daughter's passports. Officers then transported Holman and her daughter to a police station for an alcohol test.

At the police station, the mother and daughter were not allowed to use a lavatory, had to beg for food and water, and were forced to sleep on the floor, according to Holman.

“My little girl had to go to the toilet on the cell floor," she said. "I have never heard her cry in the same way as she did in that cell.”

Holman's partner, Gary, was able to fly to Dubai to take their daughter home, but was not able to leave with Holman, who was released on bail three days later. She is staying with a friend in Dubai while she awaits trial. She says she's already spent $38,290 on legal fees.

"All our savings have gone," she said. “My passport remains confiscated until the case is settled, which I have been told will take at least a year.”

TPG reached out to Emirates for more information, and the airline referred us to the Attorney General of Dubai's statement on the matter. The statement says that Holman's Swedish passport was expired, and she produced an Iranian passport, which would have allowed her to stay for 96 hours if she paid a fee.

"Ms. Hollman [sic] refused angrily due to the additional payment fees the process would require, and proceeded to verbally insult the immigration officer and take photos of the officer via her phone," the statement read. "A legal claim was issued against Ms. Holman with charges of profanity and photographing a government official at the border crossing, a restricted area."

The charges against Holman were dropped by the Attorney General of Dubai.

*This post has been updated with the Attorney General's statement and the fact that Holman's charges have been dropped.