Why Top-End Carmakers Are Partnering With Airlines 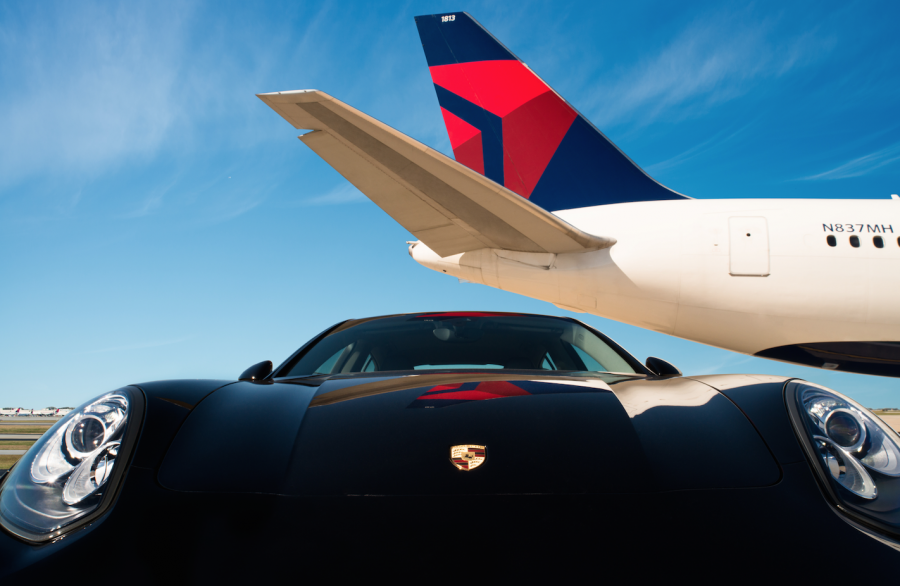 Why Top-End Carmakers Are Partnering With Airlines
This post contains references to products from one or more of our advertisers. We may receive compensation when you click on links to those products. Terms apply to the offers listed on this page. For an explanation of our Advertising Policy, visit this page.

Even for the very experienced traveler, there is strain involved in airline travel. This is especially true with tight transfers for connecting flights, and sometimes getting to the airport. Cognizant of these stressors, a number of domestic and international airlines have created special programs for their elite travelers that attempt to remediate them, as well as offer unique experiences.

Delta, American, and United all have chauffeur programs to shuttle their top customers between gates. Customers with limited connection time are met on the tarmac and driven directly from plane to plane for their next leg. You have to be among an airline's very top frequent flyers to get a personalized car transfer, and typically it's the airline's call as to who gets this perk — Delta says you cannot reserve or request the service, but it will be provided to customers based on how tight their connection is and their status. It can be given for example to members of the invitation-only Delta 360 elite level. In Europe, Lufthansa will shuttle its first class passengers to their plane and between planes in a Porsche Cayenne or Mercedes.

Airlines often choose a specific car company as vehicular partner. For example, Delta has joined with Porsche, American is teamed up with Cadillac, and Emirates has connected with both BMW and Mercedes Benz. These partnerships are intended to extend the brand identity for the airlines, and for the automakers, and to capitalize on potential synergies.

"As we looked at the new direction for Cadillac, we really oriented around a few brand pillars, and luxury travel was absolutely one of those," says Nathan Tan, associate director of brand partnerships and experiences for Cadillac. "I think we see, particularly with a luxury consumer, that’s kind of shifted in spending from accumulating things to generating memories via experiences, and almost travel becoming social currency. And I think with American and Cadillac, two iconic American brands, we’re both kind of in this process of redefining the modern luxury travel experience."

The connection between Emirates and BMW is similar. "Partnering with premium brands in a long-term mutually beneficial manner is always the aim of any partnership," says Osman Abdelmoneim, the general manager of AGMC, the official BMW Group importer for Dubai, Sharjah and the Northern Emirates, where this chauffeur program is based. “For Emirates, it provides its customers with the most premium brand for its chauffeur drive service.”

Mercedes-Benz, which has a separate chauffeur program with Emirates first class fliers in Dubai, has taken the partnership to another level. The materials, ambient lighting, and controls in the new enclosed suites rolled out last year in first class are all derived directly from the luxe interior of Mercedes’ flagship S-Class sedan. We reviewed that new suite on its inaugural flight, after its launch in November.

Though the execution is elevated, the co-branding intent remains the same as with the other partnerships. “Emirates and Mercedes-Benz combine consistent excellent standards of quality,” says Jens Thiemer, vice president of marketing for Mercedes-Benz Cars. “And both are passionate about providing customers with the best mobility offerings in the segment.” (Mercedes has also offered interior upfitting on an Airbus AC145 helicopter.)

Of course, the goal is not simply to cross-pollinate with like-level brands. For the airlines, it is also to stand out among their competitors. Delta was able to do this briefly in 2011 when it launched the first tarmac and chauffeur service programs with Porsche at the airport near its headquarters in Atlanta. (Porsche North America is also based in Atlanta.) Until its competitors followed suit.

The goal for the automakers is evident; they want to sell cars. And getting high-end business travelers to sit in their vehicles is a proven method for doing so. This is especially true for a brand like Cadillac that is attempting to change consumer perceptions — highlighting its products and distancing itself from its history. "We’re talking about a very busy audience, a very qualified audience for us as a brand," says Tam. “And it gives us an opportunity to really intercept them and introduce them, or reintroduce them, to our brand and products in a very organic and value-added way.”

Surprisingly, the same holds true for a highly profitable, but niche, marque like Porsche. “The program with Delta increases visibility, which is important for a brand like Porsche that sells in such small volumes," says Luke Vandezande, a Porsche spokesperson. “It also serves as an informal introduction between our cars and potential customers.”

As it turns out, this kind of introduction is increasingly important in today’s automotive marketplace. This is because more and more of the decision-making around car purchases takes place outside of dealerships: online, through social networks, and experientially. So incidental exposure for desirable high-status airline customers — along with programs that offer frequent flier miles in exchange for test drives, or provide access to driving events, or lease discounts — can and does sway purchase decisions. “We’re measuring numbers of engagements, but also sales,” says Tam. “And we’re very happy with the performance on both metrics.”