Articles
Joseph Hostetler is a credit cards writer with more than five years of experience writing professionally about all things miles and points. He previously wrote and edited for Million Mile Secrets.
Follow
Aug. 06, 2021
•
9 min read 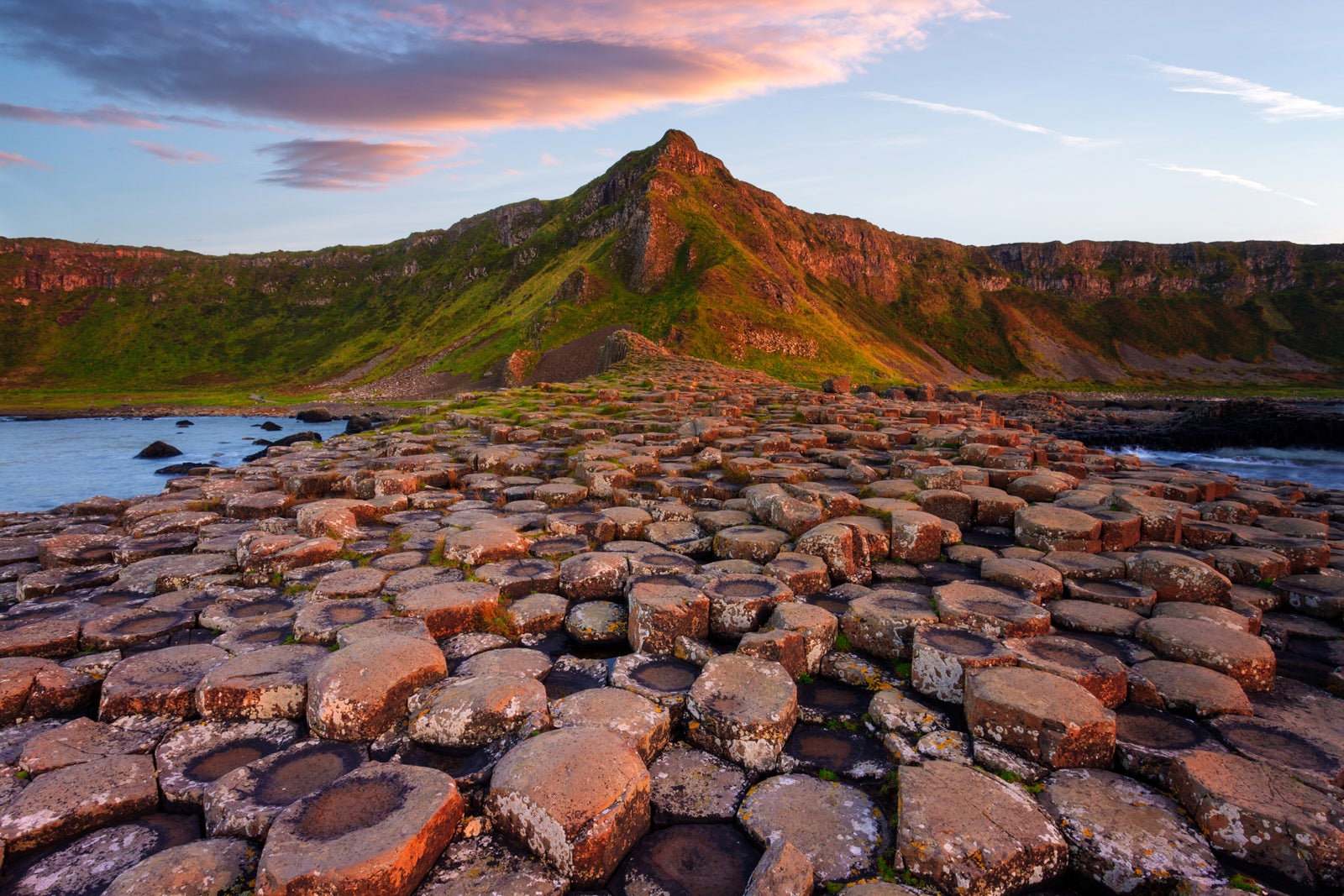 What's going on in the minds of credit card issuers like Chase, Citi and American Express these days? After the doldrums of the early-pandemic lockdowns and a seemingly unstoppable travel resurgence in 2021, the delta variant has thrown everything off balance yet again.

How these and other credit card issuers have reacted has been telling in many ways. They don't seem to have the same vision of the future for their individual marketshares. In fact, they're besieging entirely different credit card demographics as they search for new customers and attempt to retain existing ones.

It's generally ideal for consumers when banks squabble over the same customers. That's how the free market works for consumers. When issuers relinquish certain customers, however, the competition isn't as fierce and the offers become less and less outstanding. Let's take a look at the current trends of the "Big Three" issuers, what we can we infer the short-term future of travel credit cards, and what it means for you.

American Express has been catering increasingly to its highest-end cardholders. The issuer seems to be placing even more distance than before between mid-tier offerings like the American Express® Gold Card and their top-of-the-line travel card, The Platinum Card® from American Express not only by introducing a slew of new benefits, but also new annual fee pricing. It's obvious that they're promoting exclusivity in several ways. Let's look at a few elements of the revamped Amex Platinum Card that most people might now find "prohibitive."

Amex has raised the Amex Platinum Card's annual fee to an unheard of $695 (see rates and fees). This price tag probably alarms the general public. It's significantly higher than any premium card annual fee issued by Chase or Citi.

For that price, however, Amex has recently beefed up the Amex Platinum (for better or worse, depending on whom you ask). The card is now more "lifestyle-focused," touting benefits that appeal to cardholders whose interests roam beyond just travel at the moment. Among the new perks cardholders can look out for are:

All this to say, if you're one of the few who are willing to pledge $695 every year for an Amex Platinum Card, you will get the absolute best travel card money can buy. My wife and I both have the card because we're strategic with how we use its benefits. It offers up to $1,400+ in statement credits at face value alone per year, after all.

One of our favorite benefits of the Amex Platinum card is the complimentary access it grants into Centurion Lounges, which are generally considered to be the best airport lounges in the U.S.

At present, Amex Platinum cardholders can bring two guests into Centurion Lounges for free. But starting Feb. 1, 2023, Amex will charge up to $50 per guest. This effort reduces foot traffic from non-Platinum cardholders in the lounges. And while many of us consider this change bad news, some cardholders are looking forward to smaller crowds that come from increased exclusivity.

The Amex Platinum is currently extending a higher-than-usual welcome offer of up to 100,000 bonus Amex points after spending $6,000 on purchases within the first six months of card membership. That's a reasonable spending threshold for a bonus of that caliber.

As part of this offer, the card will also earn 10x points on eligible purchases at restaurants worldwide and when you Shop Small in the U.S. on up to $25,000 in combined eligible spending during the first six months of card membership. Anyone who can max out those bonus categories is looking at another 250,000 points in addition to the 100,000-point bonus. For many of us, these categories would be a nice little extra for scattered purchases here and there. But Amex wants to draw high-spenders to their flagship card.

Spending $25,000 on the card within six months sounds intimidating. But Amex is happy to dole out Amex points to customers that will generate a lot of spending throughout their card membership.

Citi seems to be taking the exact opposite approach of American Express. They've abandoned the premium credit card audience in favor of the mid-tier market.

Their top-shelf product, the Citi Prestige® Card, was once among the best travel credit cards available. But Citi has devalued the card incrementally over the years by stripping it of benefits and travel protections, until it ranked firmly behind its competitors. Almost without warning earlier this year, Citi pulled all application links for the Citi Prestige. Around the same time, it introduced an all-time high bonus for opening its mid-tier Citi Premier® Card, which carries a $95 annual fee (compared to the Citi Prestige's $495 one). New Citi Premier cardholders can earn 80,000 bonus Citi ThankYou points after spending $4,000 on purchases within the first three months of account opening.

Citi also debuted a fantastic partnership with American Airlines (through Nov. 13, 2021), allowing Citi Premier and Citi Prestige cardholders to convert Citi ThankYou points to American AAdvantage miles at a 1:1 ratio. The fact that they waited until the Citi Prestige links were deactivated may indicate that they didn't want this transfer opportunity to galvanize more Citi Prestige applications.

A possible explanation for this could be that Citi is rolling up its sleeves to create a new and improved high-annual-fee card. Or, they've simply been losing big in the premium card market and they've turned their eyes toward a broader demographic. Or, maybe Citi just bought way too big a glut of American Airlines miles at the height of the pandemic, has found applications to its Citi / AAdvantage cobranded cards sluggish, and needed something to do with all of them.

At the moment, though, Citi has nothing to compete with the likes of the Amex Platinum and Chase Sapphire Reserve -- and that's not good for us as consumers since it means they probably want to win back some high-spending customers.

Unlike Citi, Chase can at least compete with American Express in the premium travel card market -- but they're falling behind. Chase still offers the acclaimed Chase Sapphire Reserve. They've not made significant improvements to the card in ages, despite raising the annual fee to $550 (a $100 increase).

Similar to Citi, Chase appears to be focused on mid-tier credit card customers. They recently unveiled an all-time high sign-up bonus for their most popular card, the Chase Sapphire Preferred Card: 80,000 bonus points after you spend $4,000 on purchases in the first three months from account opening. That's 30,000 more bonus points than the current Chase Sapphire Reserve's intro offer. Seems pretty obvious which cardmembers Chase is after. Perhaps if travel continues to rebound, however, the issuer will turn its spotlight back on higher-end customers and start adding benefits and bonus points back to the Chase Sapphire Reserve.

The Amex Platinum is more exclusive than it's ever been. Thanks to historically high intro bonuses, the Chase Sapphire Preferred and Citi Premier are more appealing to a general audience than they've ever been. In other words, expect fewer Amex Platinum cardholders than ever before, and more cardholders of the Citi Premier and Chase Sapphire Preferred than ever before. What does that portend?

The big three credit card issuers are showing which customers they're most interested in serving: Chase and Citi are aggressively targeting the mid-tier card market, while American Express is expending the most energy toward the premium market, throwing potentially thousands of dollars in value annually toward each cardmember.

While that's what's playing out at the moment, here's hoping for a future of fiery competition between the Big Three card issuers in every travel card category. That way, consumers stand to benefit, and the era of unprecedented credit card offers might not soon draw to an end.

Related stories
Target’s big annual gift card sale is this weekend
What are points and miles worth? TPG’s December 2022 monthly valuations
Capital One Venture X to lose Priority Pass restaurants and spa services as of Jan. 1, 2023
December 2022
Featured image by Getty Images
Editorial disclaimer: Opinions expressed here are the author’s alone, not those of any bank, credit card issuer, airline or hotel chain, and have not been reviewed, approved or otherwise endorsed by any of these entities.