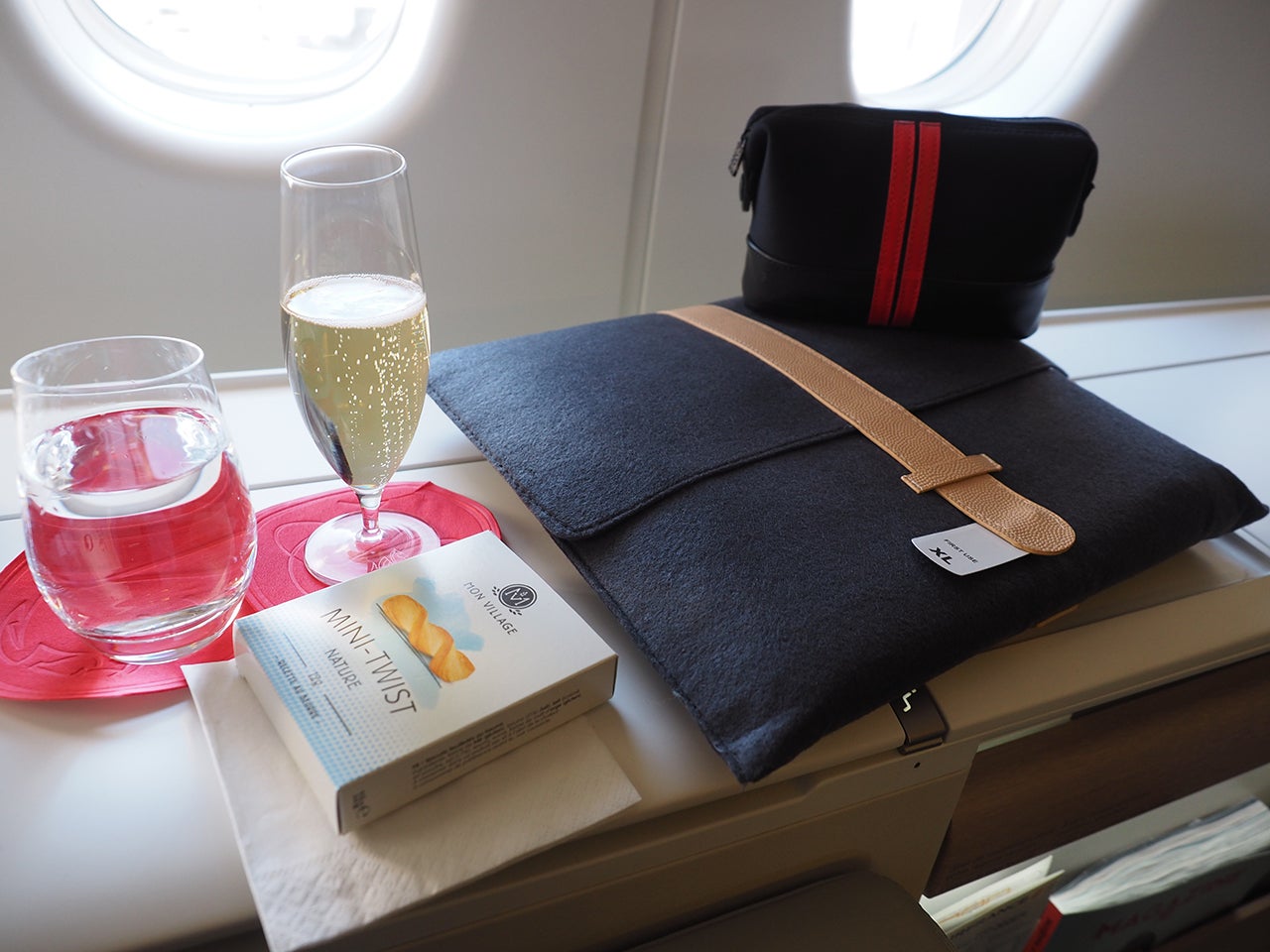 Air France's first class, La Premiere, is widely regarded as one of the best first class products in the sky. Its version on the Boeing 777-300ER is sought after around the world, but will become reality for very few. The exclusivity of the product really adds to the mystique of La Premiere, as it is cost-prohibitive for most and not available for award reservations unless you are a Flying Blue elite member. La Premiere is also never bookable using Flying Blue partner miles.

Today I'll show you how to take advantage of the new, illogical Flying Blue program to quickly earn one or two levels of elite status: Silver, which opens the door for you to book La Premiere with miles, and Gold, which results in SkyTeam Elite Plus status and all the benefits that entails.

Flying Blue underwent a significant overhaul earlier this year, rendering it incomprehensible for even the avid frequent flyer. Most SkyTeam flyers (or at least many TPG readers based in the US) will want Delta status and understandably wouldn't consider crediting flights to Flying Blue after the program changes this year. However, that may be too rash a decision. Let's first understand the new Flying Blue elite program.

You earn Flying Blue elite status by earning XP (experience points) and there are three levels: Silver (100 XP), Gold (180 XP) and Platinum (300 XP). The chart to earn XP is nonsensical to say the least:

This chart applies to all airlines that have Flying Blue as its loyalty program (Air France, KLM, Aircalin, Hop!, Joon, Kenya Airways, TAROM, Transavia) as well as all Flying Blue partner airlines. It doesn't matter which partner you fly, where your trip starts or what your ticket costs. Here are some examples:

You can take a transcontinental flight in the US on Delta in economy, and you'll only earn 2 XP, regardless of how much you paid for your trip. On the other hand, a quick European hop in business class, regardless of price or length of the flight, will earn you 15 XP, as long as you take off and land in different countries. That is madness, but it also makes Flying Blue Elite status easy to achieve with a little strategy.

Here's a snapshot that shows the insanity of earning XP:

The new Air France KLM World Elite Mastercard from Bank of America gives you 60 XP upon approval. That leaves you 40 XP short of Silver status and the ability to book La Premiere using your miles. Most of us would look at that XP chart and think we'd need 20 domestic segments in economy to earn those and move on to other programs. However, a short international business class ticket will earn you 15 XP, like, for example, Delta's 37-minute flight from Seattle (SEA) to Vancouver (YVR). The Flying Blue XP calculator confirms this route will earn 15 XP in business:

That business class flight can routinely be purchased for $168, which comes out to $11.20 per experience point. A round-trip business class flight plus a one-way flight to Vancouver in Comfort+ (W fare class) would earn you the additional 40 XP needed after getting the credit card. That means Silver status. The ability to book La Premiere can be earned if you get the new credit card and book a grand total of three flights covering two hours of flying time.

Unlocking La Premiere bookings with Silver status would be great (not to mention a lot of fun for fellow AvGeeks), but why stop there? If you can earn an additional 80 XP you'll earn Flying Blue Gold, good enough for SkyTeam Elite Plus status. This comes with a long list of benefits, but there are a few things that stand out to me: SkyClub access on domestic Delta flights part of an international itinerary, extra baggage allowance, discounted Comfort+ seats and SkyPriority service at check-in and boarding on every Delta and SkyTeam flight.

In order to earn those additional 80 XP to get from Silver to Gold, think about all the possibilities with SkyTeam carriers to find cheap, short-haul, business class flights which happen to be international. How often does Czech Airlines have a deal in business class to any other European country? Aeromexico out of Mexico City to Central America or the Caribbean? China Airlines from Taipei to mainland China? Garuda Indonesia from any Indonesian city to Singapore or Kuala Lumpur?

I've been burning a proverbial hole in Google Flights trying to find the cheapest SkyTeam international flight out there, and I've come across some compelling options along the way (though I'm not ready to spill the beans quite yet). With a 60 XP jump-start from the new credit card, you'll need an additional 120 XP to get you to Gold and unlock SkyTeam Elite Plus status. Based on what I've found, this can be accomplished for ~$600 out-of-pocket, and that's assuming you take mileage runs for the entire time.

La Premiere award bookings aren't cheap; the Flying Blue calculator estimates that a one-way flight from the US to Europe would set you back 200,000 miles. However, that rate can drop if you take advantage of transfer bonuses to Flying Blue from Citi ThankYou Rewards or American Express Membership Rewards. Unfortunately, further mileage discounts are typically not available. Certainly this isn't a routine way to try and cross the Atlantic, but saving up for a once-in-a-lifetime flight from Paris (to experience the incredible ground service) back to the US would make for quite an enjoyable ride. The intangible entertainment factor alone might be worth the price of admission.

This entire situation is really a self-created puzzle with the potential for a large payout. What are the cheapest, shortest, international SkyTeam flights I can find which earn 15 XP per flight to hack my way to Flying Blue Gold and SkyTeam Elite Plus status? Is there an intra-Asia, 2,001 mile route on one of the many Chinese SkyTeam members (which often have low fares) that would earn 24 XP in one flight?

Given this new strategy, the next time Flying Blue has a transfer bonus, I am going to consider moving enough points over to cover a La Premiere booking (~153,000 with a 30% bonus) and accomplish the previously unobtainable goal. The illogical Flying Blue XP is exactly the kind of reason I love points and miles.

Think you have a candidate for a cheap flight that will earn a lot of XP? Consider sharing in the comments below.

Related stories
5 apps to help you beat jet lag
How to check your business credit score
How to save on a cruise: 33 money-saving tips from an expert cruiser
Hyatt elites are now eligible for instant American Airlines elite status — what you need to know
Featured image by OLYMPUS DIGITAL CAMERA