As the seasons change, was this really the 'summer of New York City'? 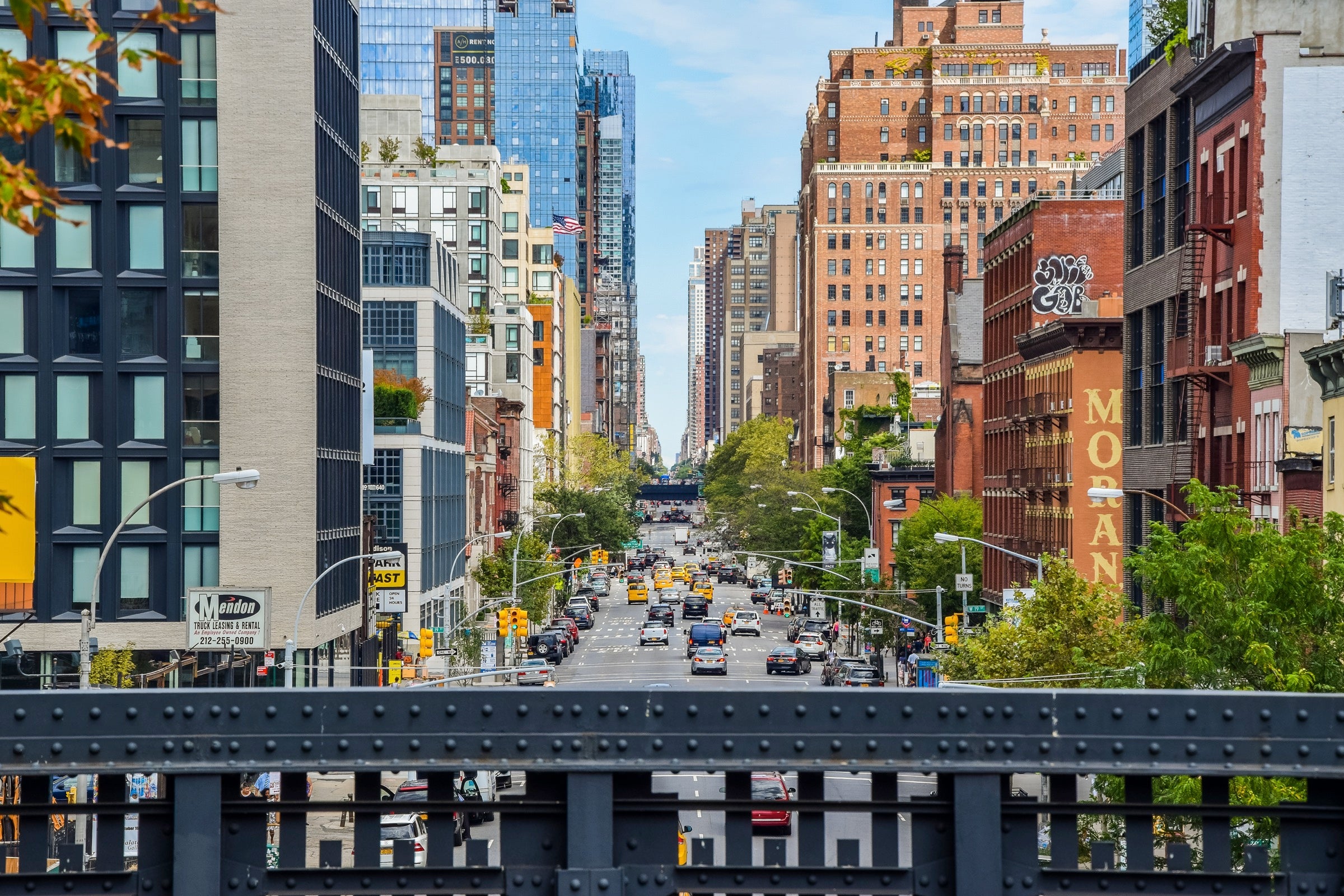 People outside the city often ask what it was like to live out the early days of the COVID-19 pandemic in New York, which quickly became the epicenter of the crisis. Of course, there were horrifying stories of overfilled hospitals and high death rates caused by the virus.

But there was also something else -- a still, eerie silence.

Aside from the sounds of ambulances racing up and down streets, you didn’t hear much of anything else in those early days. Not neighbors gathering on stoops for an after-work drink. Not the noise of Times Square. Not even the sounds of the “Showtime!” dancers on the subway busking for cash.

Tourists were gone. The city was on lockdown. There was virtually no movement. It was silent. And there were many questions about whether the city, which had weathered Sept. 11, 2001, and the 2008 financial crisis, could bounce back.

Yes, it wanted office workers to come back to revitalize a hurting Midtown, but it also wanted tourists. It wanted people to dine at its restaurants, which feature some of the most diverse food in the world.

Fast forward a year later and the Big Apple mounted a big comeback. And it’s no longer quiet. In fact, it’s noisier. New York City has recorded more than 583,000 noise complaints this year through Sept. 21, according to data I analyzed from NYC OpenData, compared to 357,808 complaints during the same period in 2019.

A full reopening to draw tourists was the city’s plan as it wanted the warm months to be the “summer of New York City.”

As the season draws to a close, was it, really?

The summer of New York City

In late April, New York City Mayor Bill de Blasio declared that this would be “the summer of New York City.” At the time, the mayor said there would be no restrictions on restaurants, shops, businesses or theaters.

“This is going to be the summer of New York City. You’re going to see amazing activities, cultural activities coming back. I think people are going to flock to New York City because they want to live again,” de Blasio said at the time. It was a bold declaration: The state was still operating under capacity limits at the time and activities, such as indoor dining, were operating at just half capacity.

There also were lingering scars from the pandemic. More than a million people have tested positive for COVID-19 since the first case in the city was recorded on Feb. 29, 2020, and 34,000 have died. But the city also undertook a massive vaccination campaign, and people were ready to live and experience New York City again.

There isn’t concrete data yet on how many tourists have returned to the city. However, there are some signs that travelers are coming back, aside from more cramped subway trains and longer lines at restaurants. The Times Square Alliance says ridership at five stations in the neighborhood appears to be recovering closer to “normal levels.” Another figure expects 36.4 million tourists to visit the city in 2021 -- a sign that tourists desperately want to come back to the Big Apple.

And while it came at the very end of summer, the White House allowing fully vaccinated British and European Union travelers to enter the United States for leisure purposes this fall will almost certainly boost travel to the city.

This reopening could make the city’s planned “summer” of economic rebound into one that happens this fall.

Already, one of the top cities searched by U.K. and EU residents the day of the announcement was New York, according to Skyscanner data. And the city will almost certainly welcome international tourists -- who tend to stay longer and spend more -- with open arms. According to data from NYC & Company, the city’s official destination marketing organization, international travel comprises just 20% of all travelers to the city -- but they also generate 50% of tourism spending and 50% of hotel room nights.

The city -- and state -- reopened in four phases, and most requirements, such as mask-wearing and social distancing, were lifted for those fully vaccinated in mid-June.

But the beginning of July marked a real turning point.

Vaccinated revelers crowded in warehouse clubs, dancing to summer anthems like Nigerian rapper WizKid’s “Essence.” Friends sat closer to each other on blankets at Central Park and Prospect Park. Strangers began awkwardly extending their hands for a handshake at networking happy hours in Gramercy. And, under the reopening plans, other sectors slowly started to reopen.

Broadway, one of the city’s most popular attractions, officially returned on Sept. 14. (Some shows have been running since August, but full capacity was allowed in mid-September.) Broadway requires proof of vaccination, mask-wearing and negative COVID-19 tests for children in attendance.

Restaurants also eagerly reopened, first with capacity limits on indoor and outdoor dining and then with few restrictions. However, restaurants are facing challenges due to a new citywide mandate.

New restrictions because of delta variant

New York City in August became the first American city to mandate proof of vaccination for indoor dining as a result of the highly transmissible delta variant.

The mandate, dubbed “Key to NYC,” requires all people 12 and older to show proof of vaccination (your vaccination card issued by the Centers for Disease Control and Prevention works) to partake in indoor activities, including dining, fitness and entertainment. This requirement is more common in some parts of Europe, where diners are required to show “COVID passes” -- or vaccine passports -- to eat indoors.

“If you want to participate in our society fully, you’ve got to get vaccinated,” Mayor Bill de Blasio said at a news conference. “It’s time.”

The move was an effort by the city to sway unvaccinated New Yorkers and tourists to get inoculated against COVID-19. After a strong early spring campaign, daily doses administered in New York City have sharply dropped like in much of the U.S. After an April 8 high of 121,000 doses, the city recorded just 22,000 new doses on Sept. 20. Sixty-two percent of residents are now fully vaccinated. (Sixty-nine percent of New Yorkers have received at least one dose).

However, the rule has come under fire from restaurateurs, who are now tasked with verifying vaccine credentials, aside from serving up meals. Already, an incident involving diners who allegedly got into an altercation after being asked to show proof of vaccination has gone viral. And last month, restaurant owners sued de Blasio over the mandate. The restaurant industry was one of the hardest-hit in the city.

But generally, most Americans support a vaccine mandate for indoor dining. According to an August Gallup poll, 53% support being required to be vaccinated to dine in a restaurant, up from 44% in May. The measure appears to have worked in New York City, as more than 29,000 doses were administered on Aug. 17, the first day of the mandate, compared to just 11,828 doses given on Aug. 15.

Now, with few restrictions on movement and gatherings, the city is wide-open even as the delta variant spreads.

Still, showing proof of vaccination became as routine as pulling out a driver’s license at the bar. The subway filled up again -- and then infamously flooded. People yelled at others to move faster on the sidewalk. People hugged friends and family again. The city feels more alive now than it did last year. And there's some initial data that tourists are coming back in high numbers.

Was this the summer of New York City? It depends on who you ask. But it felt as normal as possible to me.

Related stories
United credit card holders: Earn bonus miles with the Mile Badge Game promotion
Register now: Choose how you earn bonus points with IHG One Rewards’ new promotion
Is the Marriott Bonvoy Brilliant Amex worth the $650 annual fee?
The best ways to travel to Japan with points and miles
Featured image by (Photo by Nicole Kwiatkowski / Shutterstock.com)
Editorial disclaimer: Opinions expressed here are the author’s alone, not those of any bank, credit card issuer, airline or hotel chain, and have not been reviewed, approved or otherwise endorsed by any of these entities.