From bats to skeletons, travelers have actually flown with these 13 strange items fit for Halloween

Articles
Ashley Kosciolek has spent more than a decade writing about travel, with particular emphasis on cruises. Her favorite cities include London; Amsterdam; Krakow, Poland; Phnom Penh, Cambodia; Dawson City, Yukon; and anywhere known for outstanding pizza and theater. You can follow her daily exploits, both at sea and on land, on Instagram or Twitter @slyjabroni.
Follow
Oct. 25, 2021
•
7 min read 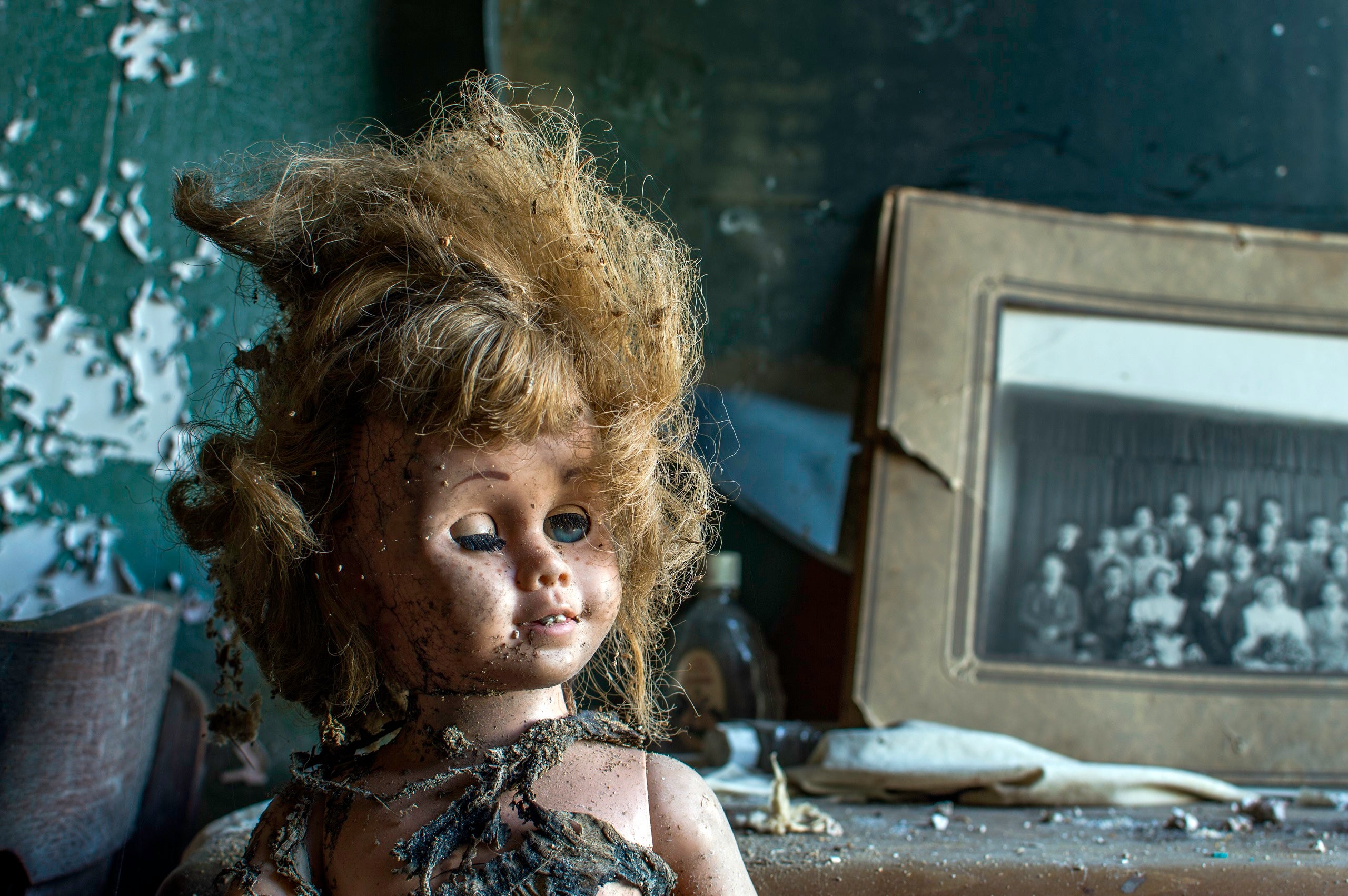 Last month, I was preparing to pack for a Disney cruise -- one of Disney Cruise Line's Halloween on the High Seas sailings -- and I needed to find out if I would be allowed to fly with a lightsaber to complete my costume.

Cue TSA's hilarious answer to that question: "Sadly, the technology doesn't currently exist to create a real lightsaber. However, you can pack a toy lightsaber in your carry-on or checked bag. May the force be with you."

That got me wondering about other weird stuff people have flown with. I polled members of The Points Guy's TPG Lounge on Facebook, and some of the answers were so fun -- and seasonally appropriate -- that I had to share them. Toting everything from sewing machines to human skulls, these flyers took "spooky szn" to a whole new level -- and left TSA agents scratching their heads.

For the latest travel news and tips, subscribe to TPG's daily e-mail newsletter.

Grinning jack-o-lanterns: "I live in the U.S. Virgin Islands but spend time in Connecticut during the summer," TPG Lounge member Jenn Manes shares. "I had to fly back to the island for a quick, 24-hour work thing at the end of July. I didn't need to bring much, so I packed my suitcase with Halloween decorations."

Skeletal replicas: Jill Greenblatt, Ophir Marko and Jerri Tolson Tryon have made it through security with replicas of skeletons and even a fake human head. While Greenblatt -- who was working on a play where the skeleton was a prop -- says she didn't get a second look from TSA, Marko, who brought a child-size skeleton home for his children, and Tolson Tryon both had their bags searched. "It was used to demonstrate radiography [when] I was selling radiography film for DuPont," Tolson Tryon elaborates. "I got some second (and third ... and supervisor) looks. [I] carried it on the plane in what appeared to be a bowling ball bag."

Goth memorabilia: For his tale of odd cargo, Dan Eskenazi takes a stroll down memory lane: "[I'm] from Salem, haven't lived at home in years. [Recently] went through some totes [from] when I was goth. Found some cool Halloween-type stuff and filled my carry-on. Got weird looks when scanned by security." The haul? He tells us it included tarot cards, three voodoo dolls and a devil's puppet head, among other items.

Dollies dearest: Darlene Crouthamel says she was stopped on her way to a vintage doll convention because of the voice boxes inside the dolls she was carrying. "... I ... had Chatty Cathy talking dolls in my carry-on and had to explain to TSA what they were because their talking mechanisms look suspicious in X-ray," she remembers. When asked if they started conversing inside her bag, she says, "Only when I pulled the string to demonstrate. However, we've had some mysteriously talk on their own here at the house." Cue the goosebumps.

Cauldron Cakes: Now that we've covered the decorations, what's Halloween without a bit of candy -- especially the magical kind? "I brought Cauldron Cakes from Wizarding World of Harry Potter, and the TSA agents were properly stumped by them in the X-ray," Chelsie Spacke tells us.

Gummy bears: I'm a sucker for gummy bears, so this one catches my attention -- particularly as Drew Tipton tells us that he lugged 50 pounds of them back to the U.S. from abroad. "I was bringing them back because my wife used to work with disadvantaged kids," he explains. "She used them as treats because I got all sorts of different ones that you can't get here stateside."

Extra-large trick-or-treat bags: Angie Clouse brings us the story of a treat-filled (albeit embarrassing) trip home from Disney with her daughter Lauren. "My college-aged daughter and I had been to the Disney Halloween party. Her backpack and carry-on were filled with only candy. She'd been flirting with the guy behind her in the TSA line -- until she had to empty bags to go through the screener, which took up three TSA bins."

Weapons (real and fake): Pre-9/11, weapons -- such as the replica Fiji war club Katie Isaacson took with her on a flight -- were allowed as carry-ons. Thankfully, Mieke Lisuk realized she had to check the authentic six-foot-long, hand-carved hunting spear she brought back from Borneo. But Lynn LaChance Solak wasn't so lucky: "I bought my son-in-law a decorative fiberglass steampunk pistol in Key West. Really not sure what I was thinking, but I thought it would be OK to pack it in my carry-on.... Of course [TSA] said I couldn't ... so I had to turn around and go purchase a small piece of luggage at an airport gift shop and check it in."

Freaky fashion: TPG Lounge moderator Gloria Lee laments what can go wrong when you decide to dress festively to fly. In her case, the ensemble included a jack-o-lantern dress, purple and black striped tights, and an orange and black fascinator. "Got stuck in the airport overnight on 10/31 due to bad storms," she says. "'Super cute' on 10/31 turns into 'walk of shame' on 11/1."

Sewing machine: Impressively, Laurene Christensen didn't bring a costume on her flight, but she did bring an entire sewing machine to a conference (in her checked luggage) in order to make one for her daughter in her downtime while she was there. Now that's dedication.

Shrunken head: So far, most of the items on this list have been quirky, rather than spooky, but these last few are what's left of beings that were once animate -- both people and animals. For starters, Heather L. Arnold told us the strangest thing she ever took on a plane was an "Antiques Roadshow"-bound shrunken head. Yikes!

Taxidermic bat: "I brought home a [taxidermic] bat in my carry-on ... earlier this year," Becki Hyde shared. And she's not the only one. At least two others -- including Eskenazi, who mentions a mounted bat as part of his goth collection -- say they also flew with them.

Cremains: Out of the several hundred answers I received, cremains was the single most common, with more than a dozen people saying they transported their loved ones' ashes to their final resting places. Most were human, but some were what was left of furry friends, too. Sadly, it wasn't smooth sailing for all of them. "In spite of a letter from the crematorium and [the ashes'] passing easily through the X-ray, the TSA folks still insisted on sifting through the ashes to make sure no contraband was inside the case," remembers Dean Mazurek.

For more on this topic and other travel-related discussions, both fun and serious, join the TPG Lounge Facebook group.