Step Inside the First Airbus A330neo, on a Flight With TAP Air Portugal 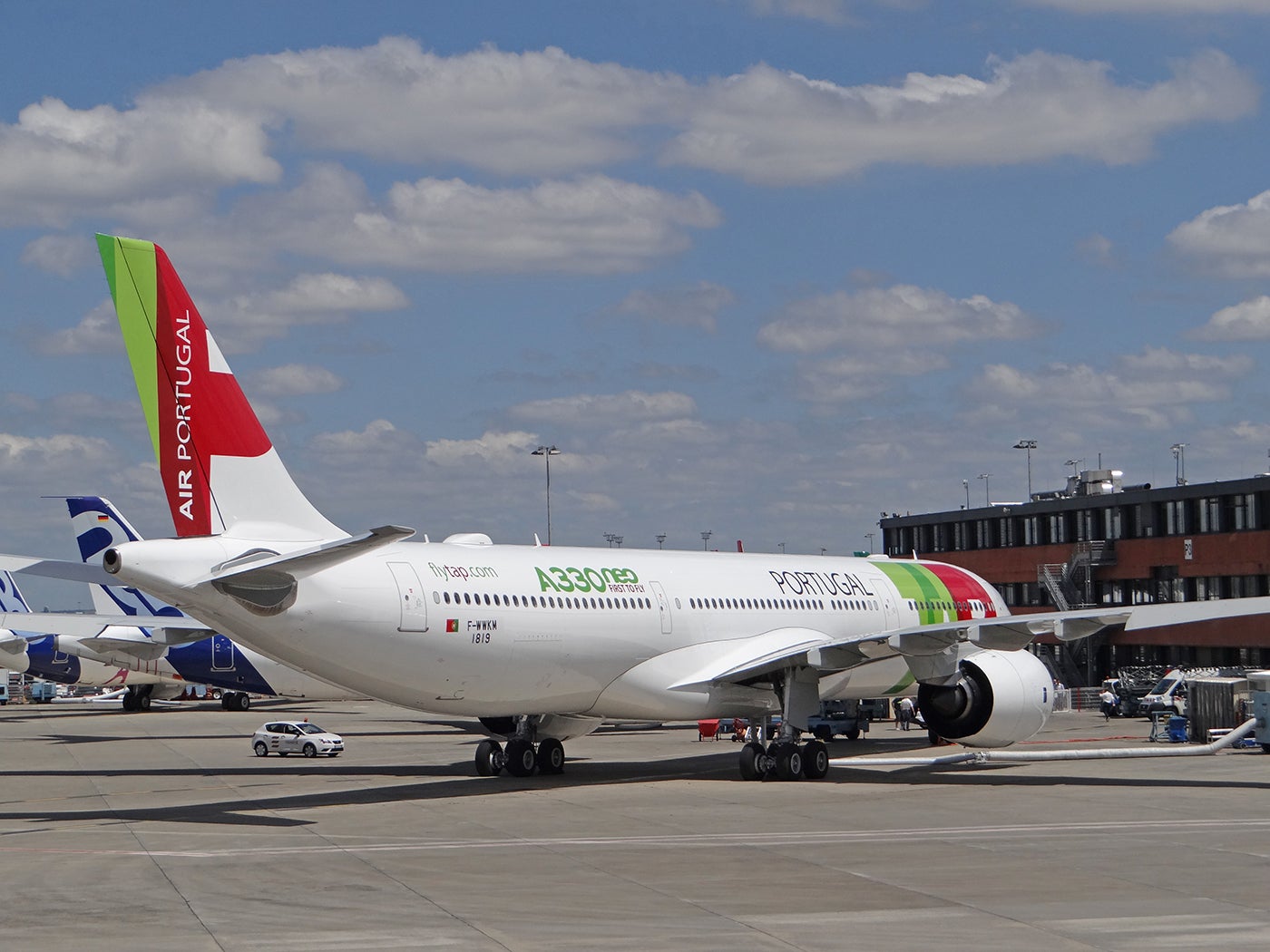 Step Inside the First Airbus A330neo, on a Flight With TAP Air Portugal
This post contains references to products from one or more of our advertisers. We may receive compensation when you click on links to those products. Terms apply to the offers listed on this page. For an explanation of our Advertising Policy, visit this page.

With 1,489 orders from more than 100 customers, the Airbus A330 has proven to be an incredibly popular aircraft. No wonder, then, that Airbus is building upon this success with a new re-engineered version, the A330neo. US-based flyers will see a lot of the new Airbus when Delta introduces it, mainly on trans-Atlantic routes, next year. Before then, the first airline to fly the A330neo will be TAP Air Portugal, including on its US routes — it will be a key element of the Portuguese flag carrier's growth strategy, as the airline’s top shareholder, David Neeleman, told TPG earlier this year.

TAP won't be getting its first neo (it stands for "new engine option") until later this year, but the airplane is going through an intense program of flight tests that will take it to the Americas, Asia and Africa while simulating real operational conditions. We were aboard the very first of these trial runs on Tuesday, between Toulouse and Lisbon, getting a taste of the A330neo experience before anyone else.

TAP's first A330-900neo is currently flying with the French test registration F-WWKM and will enter service with the Portuguese registration CS-TUA. It's number 1,819 off the Toulouse assembly line for A330s and A340s. (The latter is no longer in production.) We boarded the plane in Toulouse after flying in from Lisbon on a regular TAP flight with the airline's CEO, Antonoaldo Neves, other senior TAP managers, and a group of journalists.

On the flight over, Neves said the airline wants to start A330neo service after the summer and begin flying the A321LR, another important piece in TAP’s long-haul ambitions, by the end of the year, although there are no specific dates for either one yet.

During a presentation in Toulouse on the A330neo, Airbus reiterated the main points making the plane more attractive to airlines. It carries the same number of passengers as the current A330-300, about 300 people, but over a longer distance, burning 14% less fuel per seat. That's because of its new Rolls-Royce Trent engines and aerodynamic improvements such as longer wings. (These Trents aren't the same problematic version that's forcing many airlines to ground their Boeing 787s.)

Although externally it looks similar to the A330ceo ("current engine option"), the A330neo has benefited from most of the advances developed for the A350. The redesigned wing is the most visible difference, with a new shark-fin winglet or "sharklet" as well as new engine pylons and nacelles. Cockpit systems have also been upgraded with some features from the A350, adding to the commonalities between the two aircraft types.

TAP is the first airline featuring the state-of-the-art Airspace by Airbus cabin. Its neos, like its current A330s, will have a two-class cabin, with business and economy, and 298 seats total.

The business class cabin features a 1-2-1 layout, like the current TAP biz class on the A330 which TPG editor-at-large Zach Honig flew in 2016, but it looks very different and far more modern. All Recaro CL6710 flat-bed seats have direct access to the aisle and large IFE screens.

We did not get to try it during the flight, since the business-class cabin was entirely reserved for TAP and Airbus senior management.

Economy class is in a 2-4-2 layout, like most A330s, with Recaro CL3710 seats. TAP does not offer a premium economy product as such, but two seat choices with different legroom and recline — 168 regular coach seats at 31 inches of pitch and 96 extra-legroom seats at 34 inches. You can tell them apart from the headrest color: red for extra space seats or yellow for regular seats. Other than that, the product is essentially the same for both seats. I was sitting in one of the extra space seats and both pitch and recline were relatively generous.

Each of the economy class seats is also equipped with a Panasonic Avionics inflight entertainment system, and a USB socket as well as a power outlet. There is also a foldable two-piece tray that clicks shut smoothly — no manual handles anymore!

TAP is planning to offer Ku-band Wi-Fi on its A330neo fleet, although the service was not yet operational on this flight.

Other elements of the Airspace by Airbus cabin are the larger lavatories and overhead bins. The LED cabin lights are allegedly able to produce 16.7 million combinations for a soothing effect, although given this was a short flight with plenty of daylight, we did not see the system in action.

And, as this was a special flight, there were some items in the cabin that you would never see on a regular commercial flight. Most prominently, two rows of seats at the front of economy class cabin had been removed to put in testing equipment, with engineers keeping a constant eye on flight data.

The flight deck and new engines

In the press conference, Airbus highlighted how there are plenty of commonalities with the A350 cockpit, facilitating pilot transition from one type to the other. While this is undoubtedly, even at first glance, not an A350 flight deck, the larger displays make it look immediately more familiar to an A350 pilot.

One of the A330neo improvements that will be most noticeable to its passengers is how quiet its Rolls Royce Trent 7000 engines are. In fact, Airbus claims that it is the quietest aircraft in its category and, while we did not measure decibels in the cabin, it did indeed feel very quiet. Quiet enough that a short nap was no problem even for your correspondent, who is usually unable to sleep on planes.

Just 90 minutes after take off from Toulouse (TLS) we landed in Lisbon [LIS]. The Airbus team on board had more work ahead, with the first transatlantic trip to Rio de Janeiro [GIG] scheduled for Wednesday.

Brazil is the first stop of this A330neo tour that will take it next to the US and then to Asia. If all goes well, get ready to enjoy this quiet, roomy aircraft from September.

Our points-obsessed staff uses a plethora of credit cards on a daily basis. If anyone on our team wouldn’t recommend it to a friend or a family member, we wouldn’t recommend it on The Points Guy either. Our opinions are our own, and have not been reviewed, approved, or endorsed by our advertising partners.
See all best card offers
Related stories
News
Why you probably shouldn’t buy up for United status
News
Aman Resorts to join Ritz-Carlton, Four Seasons in getting into luxury cruising
News
NASA unveils futuristic plane we'd love to fly — someday
Guide
The best credit cards for concert tickets and VIP access