Star Alliance was formed 25 years ago: Here's a look at how things have changed since then 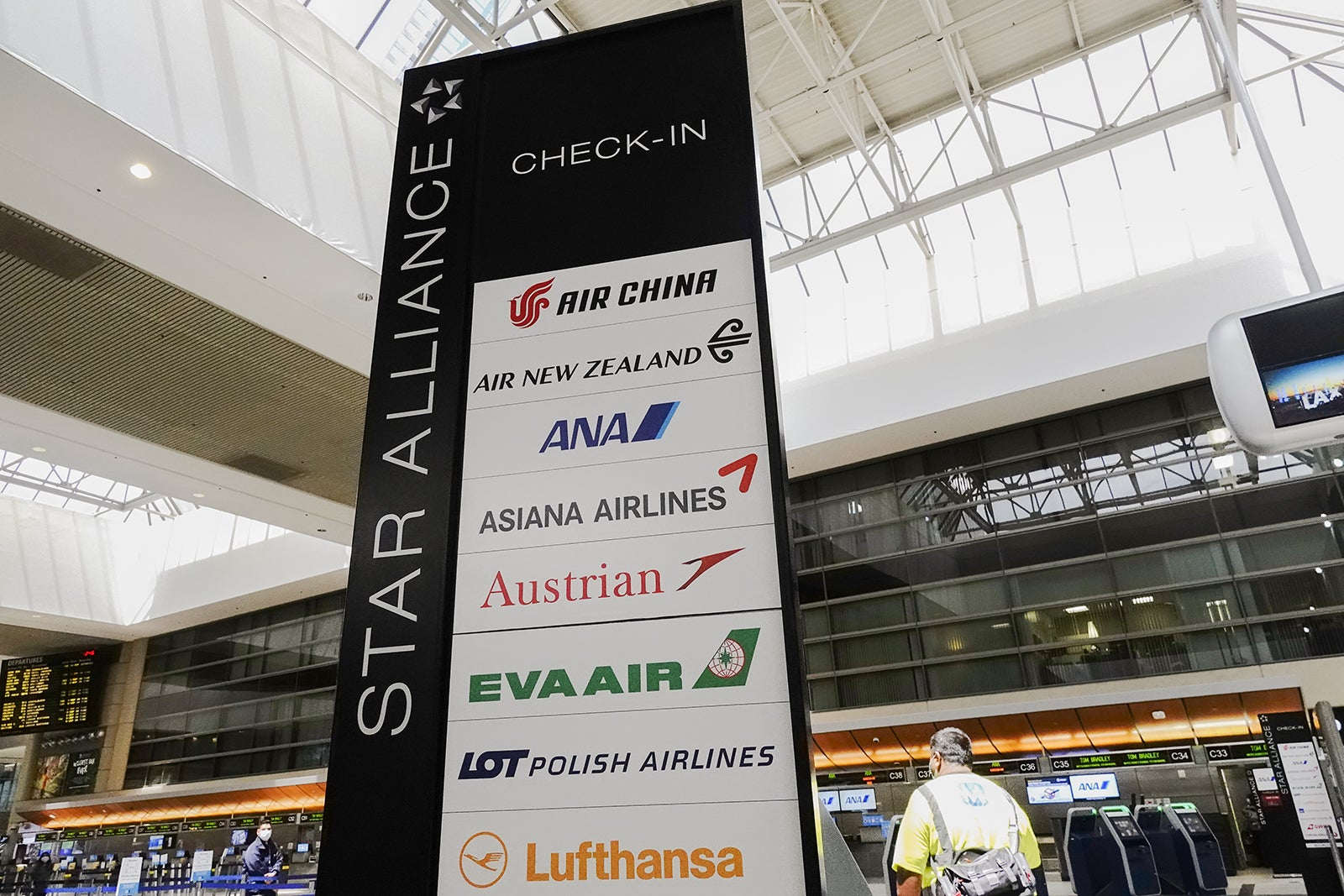 When Star Alliance was officially launched in May 1997 the internet was in its infancy, Ryanair was little more than a small Irish regional airline and the Gulf hardly registered in global air traffic charts.

This gives you an idea of how much things have changed in the aviation industry in a quarter of a century. And yet, if there’s one thing that has shown remarkable stability it is Star Alliance’s core membership.

All five original members are still on board as are most of those that joined since. The few exceptions are airlines like Ansett Australia or Brazil’s Varig, which have either been acquired or gone bankrupt.

When Lufthansa, United Airlines, Air Canada, Thai Airways and SAS joined forces to create a truly global alliance, they set the stage for the division of the world into competing blocks. Almost every other major airline would soon be taking sides.

A second alliance emerged in 1999 around the pre-existing British Airways and American Airlines partnership, with Cathay Pacific, Qantas and Canadian Airlines International (later absorbed by Air Canada) joining to set up Oneworld.

Star Alliance may have been groundbreaking in its scope and ambition, but it was actually building on a long tradition of airline partnerships that until that point had failed to deliver any enduring results.

During the 1980s and early 1990s several airlines, particularly in Europe and the U.S., looked at strategic partnerships as a way to gain scale and find a way around the strict foreign ownership rules that constrained their international growth at a time in which the global economy was getting increasingly interconnected.

The European Quality Alliance was set up in the 1980s by the flag carriers of several small European nations and included Swissair, Austrian Airlines, SAS and Finnair.

This was followed, in 1993, by the more ambitious “Alcazar” project. This time, Swissair, Austrian Airlines, KLM and SAS attempted unsuccessfully to merge into a truly pan-European airline group that would have been called Symphony. The 1990s were a time for experimentation, including multiple instances of airlines cross-purchasing minority stakes in each other, not always with positive results.

A case in point was Swissair. The Swiss flag carrier had a central role in several of these initiatives. In the 1990s, and until its financial collapse, Swissair had a tripartite partnership with Delta and Singapore Airlines and it even tried to create its own alliance called Qualiflyer together with Austrian Airlines and other carriers in which it has invested, such as Belgian airline Sabena.

These projects did not have continuity, but some of the bilateral partnerships established in those years became the kernel of today’s three major alliances.

Alliances developed in the 1990s

It's not a coincidence that alliance membership ended up reflecting the close ties developed in the 90s, such as those between British Airways and American Airlines (OneWorld), Lufthansa and SAS (Star Alliance) or KLM and Northwest Airlines (merged with and acquired by SkyTeam members Air France and Delta respectively)

“There was a time in which alliances were seen as a stopgap solution until cross-border airline mergers became easier to do” explains Robert Mayer, a senior lecturer in Air Transport Management at Cranfield University, in the U.K.

The fact is that the alliances have kept growing even after some of these rules have been relaxed.

Star Alliance has moved from the original five to the current 26 members (with a handful of members lost along the way). SkyTeam, currently the world’s second largest alliance, boasts 18 members and Oneworld currently has 14. These numbers are almost certainly going up soon as several airlines are in negotiations to join.

Alliances act as a force multiplier. Its member airlines are able to offer flights to thousands of destinations throughout the world, as well as the ability to earn and spend frequent flyer miles and other perks, such as lounge access, across a huge network that they would never be able to replicate on their own.

There are other areas in which scale is an advantage, such as procurement, but airlines have not really leveraged their alliance memberships to derive quantifiable benefits on this front. A case in point is the technology infrastructure, including the very essential booking and distribution systems. It is not unusual for airlines even within the same group to use different platforms, although alliances are investing in this area too.

“In the beginning, the alliance was mostly about growing the membership base, improving customer loyalty and customer experience; over the last few years we have become increasingly focused on digital transformation and technology” explains Mauro Oretti, VP of marketing at SkyTeam

He noted that SkyTeam has been investing in a common technological platform that facilitates data exchange between all of its members. The goal is to provide a seamless experience when multiple airlines are involved, including booking, check-in, lounge access and other aspects of the customer journey.

The three major alliances have invested in building their brands and marketing channels and have even created some branded products, such as round-the-world tickets and alliance-branded credit cards.

Many of these alliance-level activities concern the pre-flight component of the travel experience, though. SkyTeam for example has set some common standards in areas such as priority boarding or health requirements verification, but the cabin experience remains the preserver of each airline. “Inflight, that is each airline's kingdom!” noted Oretti.

“The average passenger may not care that much about which alliance they are flying on, but frequent flyers, the business passengers that account for a large proportion of the airlines’ profits, certainly do. In their case, it makes sense to prioritize just one of the alliances and try to fly as much as possible on its member airlines in order to rack up as many miles and loyalty perks as possible” explains Mayer.

It is important for alliances to offer global reach, but differences in regional coverage, with the locally dominant airline usually determining the market share of the alliances in each particular region. Central Europe, for example, is solid Star Alliance territory, but for someone traveling frequently between London and New York, Oneworld may be a more appealing option based on the number of flights available.

Just as the Cold War has its non-aligned movement, today’s aviation industry has a number of powerful, independent players that have kept the alliances’ market share in check. These include most low-cost carriers as well as some large full-service airlines such as Emirates, which made a conscious decision to stay independent.

Far from being hermetic compartments, alliances have proven to be flexible enough to give members room to strike deals on their own with non-aligned airlines and even with members of rival alliances.

This may happen when an airline needs to service a specific market and there are no suitable options within its own alliance. Mayer pointed out how Star Alliance member Singapore Airline cooperates with SkyTeam’s Garuda in flights between Singapore (SIN) and Indonesian destinations.

Low-cost carriers have mostly stayed out of alliances. Since their business model relies heavily on point-to-point flights, they don’t benefit much from the network effects brought about by the alliances. Some of them, however, have not rejected the concept entirely, even if they have taken their own approach. Easyjet for example has been promoting Worldwide by Easyjet, a platform for cooperation with a number of other airlines. And in Asia, the Value Alliance and U-Fly each group together several low-cost airlines.

OAG data shows the combined three major alliances' market share in available seat kilometres (ASK) dropping below 50% in 2021, down from slightly over 55% in 2018.

But, for Mayer, the fact that airlines are still flocking to join the alliances is proof that alliances have retained their appeal. For example, in recent years Oneworld has signed up Royal Air Maroc and Alaska Airlines and is preparing to welcome Oman Air.

“Even if the three major alliances see their percentage of global traffic decline a little bit, airlines are still keen to join. Look at Qatar Airways, which was hesitant for a long time, first said it wouldn’t join any alliance, then that it would leave," said Mayer. Not only has it stayed, but its CEO Akbar Al Baker is now Oneworld’s chairman.”

Related stories
These Amex Offers will save you money and make life easier right now
Delta SkyMiles Reserve Amex card review: Loads of perks plus a 95,000-mile offer
Monthly checklist: Credit card perks and benefits you should be using in October
American Airlines CEO says he doesn’t know if partner JetBlue has lie-flat seats
Featured image by Bloomberg via Getty Images
Editorial disclaimer: Opinions expressed here are the author’s alone, not those of any bank, credit card issuer, airline or hotel chain, and have not been reviewed, approved or otherwise endorsed by any of these entities.