Articles
Ryan Smith is a credit cards writer at TPG and is on a mission to visit every country in the world. He lives in southern California.
Follow
May 13, 2022
•
8 min read 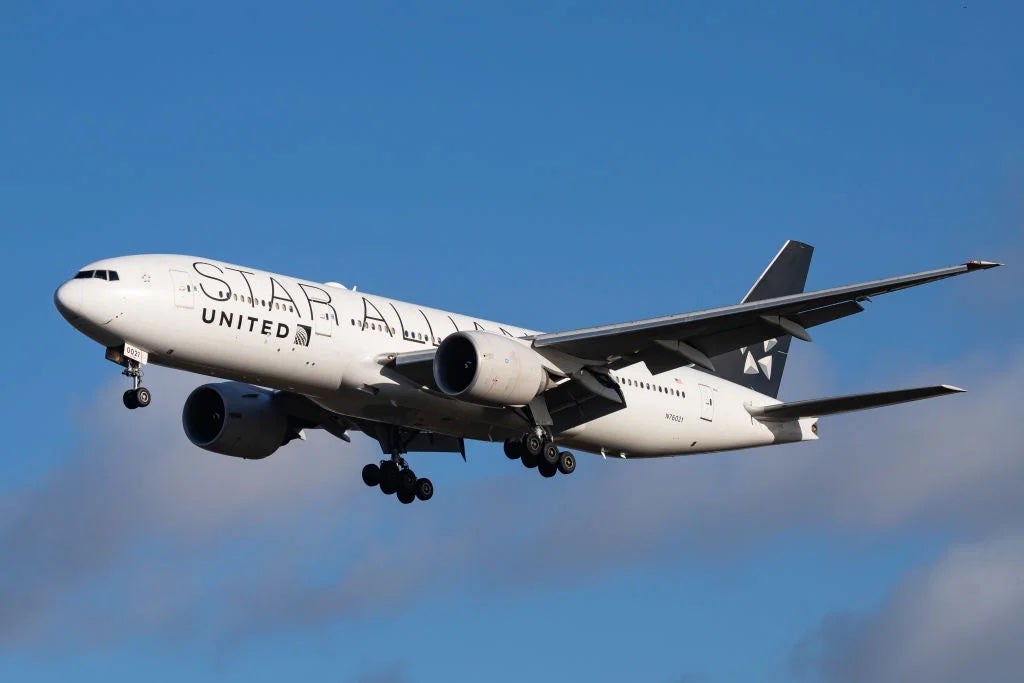 News is swirling about a forthcoming Star Alliance credit card attached to the alliance's 25th anniversary. I admit that the concept is quite interesting, and it's getting a ton of press coverage.

Before we dive into too much conjecture about this new credit card and its possible features, it's important to separate fact from fiction. Let's look at what we know and what we don't know -- and outline some big outstanding questions we have about the upcoming Star Alliance credit card.

For more TPG news, deals and reviews delivered to your inbox, sign up for our daily newsletter.

What we know about the Star Alliance credit card

Star Alliance is the oldest airline alliance in the world and currently has 26 member airlines. It'll celebrate its 25th birthday on May 14, and to coincide with this milestone, the alliance has recently announced that it is working on a first-of-its-kind cobranded credit card.

News of the product came via a phone call with numerous press outlets and a press release. However, other than mentioning that the card is likely coming in the third quarter of this year (July to September time frame), those are the only confirmed details available at this time.

Jeffrey Goh, CEO of Star Alliance, said that this credit card "will offer loyalty customers of member airlines the opportunity to earn miles and points with spends."

That sounds very interesting, but also leads to a lot of question marks for potential customers.

Here are some of the outstanding questions we have at TPG about a Star Alliance credit card.

Will this credit card be available in the US?

I haven't seen any details specifically stating that this credit card will even be available to customers in the U.S. Sure, the card was discussed on a call with media outlets in North America, but the press release went out worldwide.

In fact, the press release says the card will be launched "in a regional market" -- no details on where that might be.

If it's available in the US, what bank will issue it?

This is a huge question.

Currently, Chase issues credit cards for two Star Alliance member airlines: United Airlines and Air Canada. United has a full suite of credit cards for personal and business use, while U.S. customers can also get the Aeroplan Credit Card (and are even able to transfer Ultimate Rewards points to their Aeroplan accounts with a bonus).

Barclays issues a credit card for Lufthansa Group, which includes not just Lufthansa but also Austrian Airlines, Brussels Airlines, Swiss, Edelweiss Air, Eurowings and Eurowings Discover. Another Star Alliance member with an often-overlooked credit card is ANA, and this card is issued by First National Bank of Omaha.

Would any of those banks start issuing this card as well?

Then of course there are other banks, some of which have large deals with carriers in other alliances. American Express has a long-running partnership with Delta Air Lines, a member of SkyTeam. Meanwhile, Oneworld carrier American Airlines has agreements with both Citi and Barclays, while fellow alliance member Alaska Airlines is tied up with Bank of America.

There are many questions about how an alliancewide credit card would be able to thread the needle between these existing partnerships between banks and airlines. There's also the question of what credit card network the card would use: Will it be backed by American Express, Visa, Mastercard or Discover?

Will there be application restrictions?

We already know each bank has its own credit card application rules, but could we see a new rule here? This would come down to how individual airlines would view the Star Alliance credit card as a competitor and thus try to impose additional restrictions.

Would United, Lufthansa Group, Air Canada and/or ANA push for some sort of restriction on eligibility for the Star Alliance credit card? Maybe you'd only be able to grab a sign-up bonus on the card if you don't already have one with the member airlines.

We saw American Express and Chase do something similar with Marriott credit cards across the two banks, so this wouldn't be the first time something along those lines has been considered.

How will the miles and points work?

Without getting bogged down in the details, award charts for the 26 member airlines in Star Alliance are vastly different.

Singapore Airlines KrisFlyer will charge 77,500 miles for that same flight.

Given these massive differences, how will the rewards earned by this card work? It's hard to envision a currency that would move into any of the available programs at a 1:1 ratio. The award chart variability between airline programs leads to one of two likely outcomes:

The exact value and how they will be used is a big element to be sorted out before the card launches.

What will the annual fee be on this card?

This is another big question mark, and it will depend on the card's features.

If we see a premium card product similar to the United Club Infinite Card — which includes lounge access, two free checked bags, priority travel privileges, a big welcome offer, award discounts and other perks — then the annual fee could be multiple hundreds of dollars.

However, if the Star Alliance credit card is a more modest product offering simple benefits like a discount on inflight purchases and one free checked bag — akin to the United Explorer Card — I would expect a much lower annual fee (in the realm of $100).

What will the card's perks, benefits and earning capabilities be?

This also ties into my question about the card's annual fee and the question about how the points and miles will work. With a higher annual fee, you could expect a more lucrative earning structure on the card — plus the potential for lounge access or something similar to Oneworld's plan for alliancewide upgrades.

If we see a card with a sub-$100 annual fee, the benefits and perks will be much lower. Don't expect lounge access, seat upgrades or elite access at the airport.

Will there be spending-based perks? Airline credit cards run the full gamut of perks and benefits, with some offering the ability to spend your way to status outright. Ultimately, the annual fee on the card will be directly related to what perks we expect from this industry-first credit card.

This question also ties into how the points and miles will be used — including whether they will be fixed-value points or a truly transferable currency. The earning capabilities of the card will likely have a direct connection to the value the rewards carry.

Speculating about new credit cards and what they might include is an interesting exercise, and it's understandable that a Star Alliance credit card would generate some buzz. It's something we've never seen before, and it's fascinating to consider the possibilities.

However, a little reality check is healthy here. There's a lot we simply don't know about this new credit card, including whether it will even be available in the U.S. On top of that, we don't know any of its features, nor do we know how the rewards it earns will actually be used.

So, count TPG among those cautiously optimistic about this new product — but as we learn more over the coming weeks and months, we'll make sure to provide updates on the Star Alliance credit card.