Articles
Summer Hull , aka Mommy Points, ran the Mommy Points site for families who want to travel more for less using miles and points for seven years. She now heads up a variety of special projects at TPG when she isn't exploring the world with her own two girls.
Follow
Feb. 02, 2022
•
6 min read 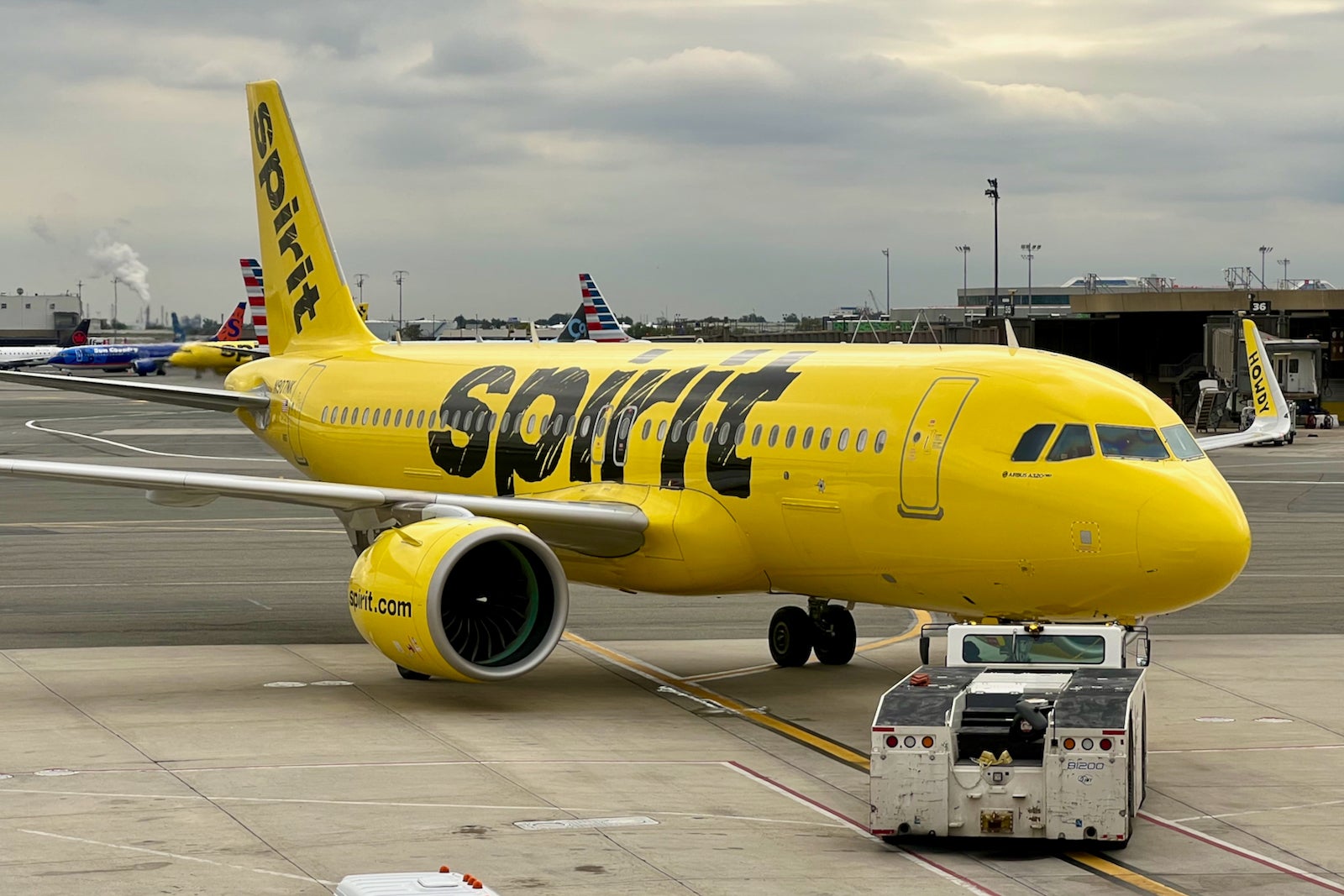 I'm a sucker for a cheap flight, and as a result, I've been periodically flying Spirit Airlines for a long time.

When I first started doing so, the experience really was different than the traditional U.S. full-service carriers. The luggage bins sported ads, the planes were sometimes dirty, the on-time arrival percentage wasn't good and you had to cross your fingers that you'd have a mostly boring flight that got you where you wanted to go when you wanted to get there.

You might be surprised, then, to learn that I recently skipped a weeknight United flight home where my first class upgrade had already cleared in favor of a Spirit flight that would supposedly get me home to the family two hours earlier. Yet after that experience, I feel confident saying that the days of Spirit feeling different than other airlines are pretty much over.

The airline has been inching closer to the mainstream for a while, but the $3 Wi-Fi that was available sealed the deal on the experience.

Here's why I won't hesitate to fly with Spirit when the price and schedule make sense.

It's taken Spirit quite a while to roll out Wi-Fi on its fleet. While the airline is not totally finished with the installation and is said to still be working on reliability, the odds are ever-increasing that you'll be on a Spirit plane that's finally connected to the 21st century.

Pricing may increase when the rollout is complete, but for now, it was just $3 for basic Wi-Fi connectivity that clocked in for me at 13.6 Mbps for download and 1.09 for upload. Had I gone all out and splurged an extra $2, I could have bought the $5 creme de la creme faster internet that's designed for streaming.

The $3 version was more than adequate for my no-streaming-required emails, Slack messages and other exciting midweek work tasks I needed to catch up on after a day of meetings. It stopped working for a bit as we flew over water to get home, but it worked at least as much as the WiFi on my United flights typically works on that route.

Gold status got me real legroom and no fees

When Spirit Airlines rolled out its new frequent flyer program last year, it gifted me Gold status to test out the perks. My first time testing out Spirit's new elite perks last year wasn't all that great because, unlike with most programs, the perks don't extend to others on the reservation. On that trip, I was flying with my kids, the bag check line was the longest line I'd seen in years, and I ended up getting hit with a massive same-day carry-on bag fee.

However, flying solo home from a quick work trip, the elite perks were great.

I booked the flight at the last second to get home earlier when work wrapped up more quickly than expected. Thanks to Gold status, the price of the ticket was all it cost me to fly.

I was able to select an exit row extra legroom seat for free and carry my full-size roller bag on for no additional charge. Instead of having to order the free ice from the beverage cart and wait for it to melt into water to get water without a charge, I got a free bottle of water.

I could have gone bigger and selected a free snack, too, but I passed on the Haribo gummy bears and peanut M&Ms this time.

The flight was on time -- and that's mostly normal

Spirit had an epic operational meltdown in Aug. 2021 that resulted in over 2,000 canceled flights in a week and thousands of stranded traveler horror stories.

Then American had its version of a meltdown in October, as did Southwest Airlines, and the list goes on. That's not to make excuses for Spirit's complete mess last summer, but to say that recent operational issues do not make the airline any worse than its competitors. Most airlines have gone through similar epic operational messes in this pandemic-era of razer-thin margins for error.

In 2021, Spirit ranked fifth among U.S. airlines for its on-time percentage, meaning it wasn't perfect. But with around 76% of flights arriving on time last year, it wasn't the worst U.S. airline either.

My Tuesday night flight home to Houston from Orlando on Spirit Airlines was as routine and uneventful as the United flight in first class likely would have been two hours later.

I worked online, stretched my legs out in the exit row, sipped some free water, exchanged pleasantries with a business traveler across the aisle and landed a few minutes early.

Were it not for elite status I would have been subject to a few extra fees on Spirit and likely would have sat in a seat that had a little less legroom than United. But, United's cheapest Basic Economy fares have fees, too, and while every inch definitely matters when you're talking small airline seats, the measurements aren't all that material for a two-hour flight by myself.

Spirit earned its reputation by being the first in the U.S. to charge for carry-on bags, having an abysmal on-time arrival percentage in 2015 and a massive number of passenger complaints to the DOT in that same timeframe, but that's now history. Other airlines have caught up to its unbundling of fares with some unbundling of their own, and Spirit has truly improved in several areas.

For me, the $3 Wi-Fi was the yellow cherry on top that resulted in a flight that was as comfortable and productive as any other flight would have been. Most importantly for me, hopping on this earlier flight meant I got home before the kids went to bed, making it an all-around win.