'We are hopeful': Spirit exec dishes details on the carrier's growth plan for NYC 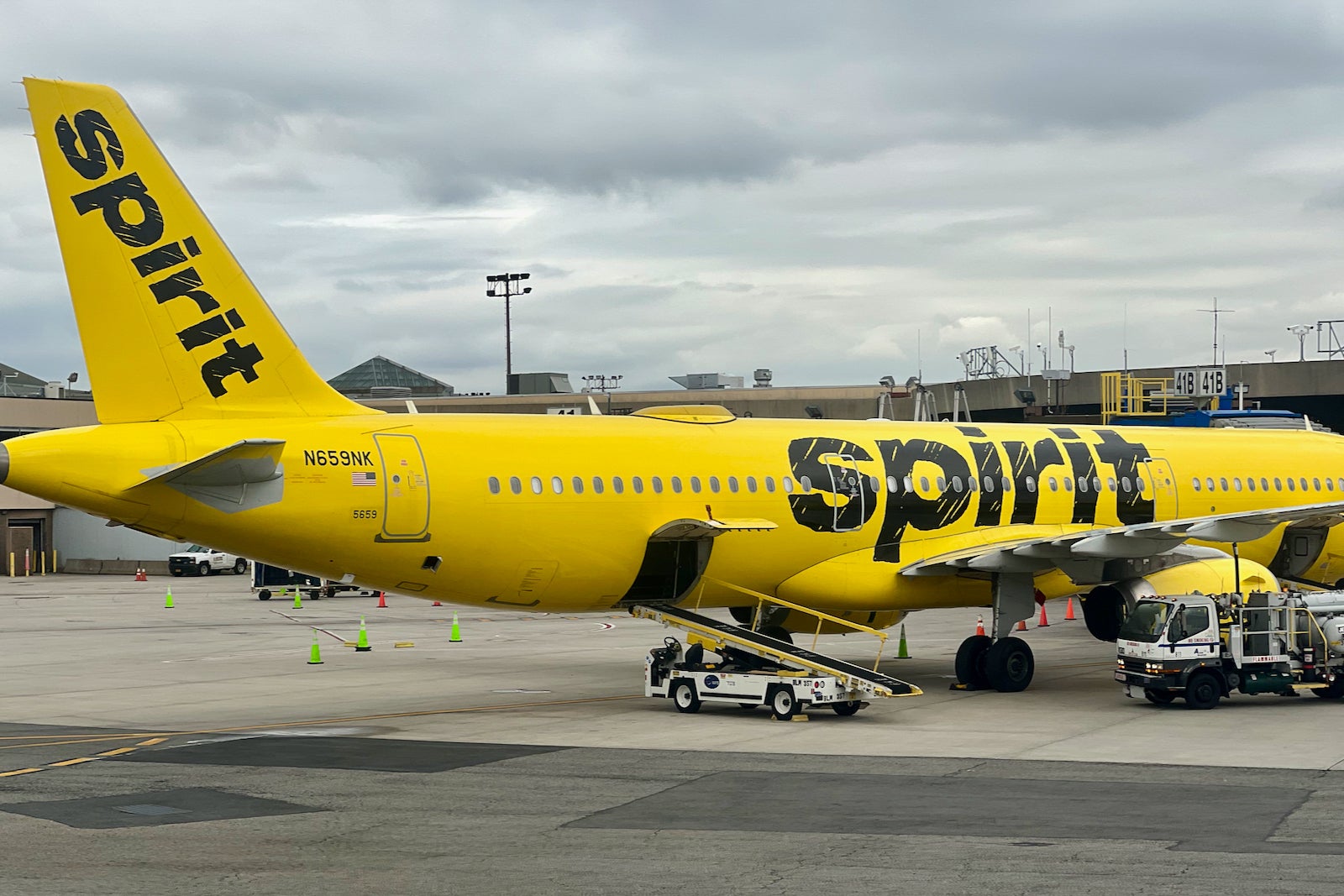 Spirit Airlines is serious about competing in one of the most hotly contested aviation markets in the country.

In the New York City area, each of the Big 3 U.S. airlines, along with JetBlue, operate hubs at one (or more) of the region’s three major airports — LaGuardia, JFK and Newark — and they each compete fiercely for the massive market of leisure and business travelers passing through the region each day.

They also need to compete with Spirit Airlines, one of the nation’s largest budget airlines, which operates flights to both LaGuardia and Newark.

In a recent exclusive interview with TPG, John Kirby, Spirit’s vice president of network planning, gave an airport-by-airport rundown of how the airline views its New York City service — and what flyers should expect in the coming months.

LaGuardia is all about the MAT

For now, Spirit is focused on consolidating its operations at New York/LaGuardia to the airport’s Marine Air Terminal.

For those who aren't familiar, the Marine Air Terminal, or "MAT" for short, is one of the most convenient at LGA. It’s accessed via a dedicated exit from the highway and doesn’t suffer from the same road congestion as LaGuardia’s other terminals. With just six gates, it almost feels like you’re flying private.

In recent years, JetBlue has been the anchor tenant at the Marine Air Terminal, and many savvy flyers have chosen to fly JetBlue from LaGuardia for the easy in-and-out access.

However, the carrier is abandoning the Marine Air Terminal and moving its operations into the airport's newly rebuilt Terminal B. This way, the airline can offer seamless connectivity with its new partner in the Northeast, American Airlines.

JetBlue leaving the MAT paves the way for Spirit to move in. To date, the airline has already set up shop there, funneling all its flights to Florida through the Marine Air Terminal. (All other Spirit flights continue to be operated from a leased gate in Terminal C.)

As for when Spirit might consolidate into the MAT, "it's just a matter of timing," said Kirby. "I'd say it's likely in the middle part of next year that'll all come together, and we'll be the lead tenant at the Marine Air Terminal," he added.

Another perk of moving to the MAT is that it's located much closer to the airport's runways, and it doesn't suffer from the same alleyway congestion that you'll find at other LaGuardia terminals. "We'll have tremendous operational flexibility," according to Kirby. "We're closer to the runways. We're going to burn less fuel. We'll have a lot more parking space. And then as you pointed out in previous articles, it really is the best terminal to operate if you're a passenger going in and out."

In addition to Spirit's move into the MAT, the airline picked up additional "RON" positions, or "remains overnight" parking spots at LaGuardia, allowing the airline to store more planes at the airport during the wee hours of the day.

According to Kirby, "because of the extra RONs we picked up, we're now flying 13 flights a day from LaGuardia, because we're taking advantage of the ends of the day that aren't slotted." Peak departures at LaGuardia are slot-controlled by the Federal Aviation Administration to minimize congestion at the airport.

"We'd love to expand at LaGuardia if we were able to get more slots," Kirby added.

It's a waiting game in Newark

Meanwhile, over in New Jersey, Spirit is hopeful that it'll grow at Newark in a very big way.

Back in September, the Federal Aviation Administration said it will award 16 slots at Newark Liberty International Airport (EWR), abandoned by Southwest, to a single low-cost carrier, part of an effort to boost competition in United’s East Coast hub.

And now that Frontier has officially pulled out of the Newark market, Kirby is hopeful that Spirit will be the frontrunner for those slots. In addition to Spirit, Alaska, Allegiant, JetBlue and Sun Country are all vying for these precious slots.

Allegiant and Sun Country have argued that the FAA should award the slots equally to two airlines, not just one. JetBlue says that United — the airport's largest carrier — is squatting on slots with small planes on short domestic routes, and that it should receive the slots to continue its growth at Newark.

Meanwhile, Spirit argues that JetBlue should be excluded from consideration. For one, the airline already operates a hub at nearby New York-JFK. Additionally, JetBlue is already sharing slots with American Airlines through the Northeast Alliance, a tie-up that has already been challenged by the DOT over antitrust regulations.

"Because they're literally sharing slots and capacity with each other, if the FAA awarded those to JetBlue, they could potentially be flown by American, which would defeat the whole purpose," Kirby told TPG. "So with Frontier leaving the market, I think we are the clear choice," he added.

Regardless of the FAA's decision, Spirit is going to stay in Newark's Terminal B, despite the airport opening a brand-new Terminal A next year. Kirby said that's because operating from Terminal B is less expensive than the new terminal. "Newark is not the most inexpensive airport, so to have a little bit of a cost advantage by staying in B, we think is the right move for us."

At the end of the day, Kirby is hopeful that Spirit will get the slots and grow in Newark.

"Who knows, it's always hard to say with the government, but we certainly are hopeful that we are meritorious. We think if you put on the merits of who should get 'em based on bringing the best competition, lowering fares, we think that we rise above any other competitor," Kirby said.

New York-JFK is off-the-table... for now

Of the three big New York City airports, JFK is the only one that Spirit doesn't serve — and it certainly sounds like it's going to stay that way.

While Kirby cautioned us to "never rule anything out," he mentioned that the high costs of operating at JFK would be a challenge to his budget carrier. "JFK is very unique even among the New York-area airports because all the terminals are private. And so it's a pretty expensive endeavor to serve JFK."

If Spirit ever saw an opportunity to enter JFK, it would require a critical mass of flights to make service there work, according to Kirby. "It's very hard to go into maybe two markets, three markets, and compete against the behemoths that are there [at JFK]," he added.

"You'd want to be able to go in with, let's say, 15 to 20 flights, kind of almost like another big splash type of thing," referring to the competitive shake-up that Spirit recently launched in Miami.

There, Spirit recently launched service with the first of what will soon be 31 routes — making the carrier the second-largest at the airport that's historically been a fortress hub for American Airlines.

Whether a similar shake-up could ever happen at JFK will largely depend on the cost structure. For now, the incumbents can stay far away from Spirit's yellow Airbus jets.