Articles
Jordan Allen has produced content for TPG on everything from travel trends to flight deals.
Follow
Jan. 25, 2019
•
5 min read 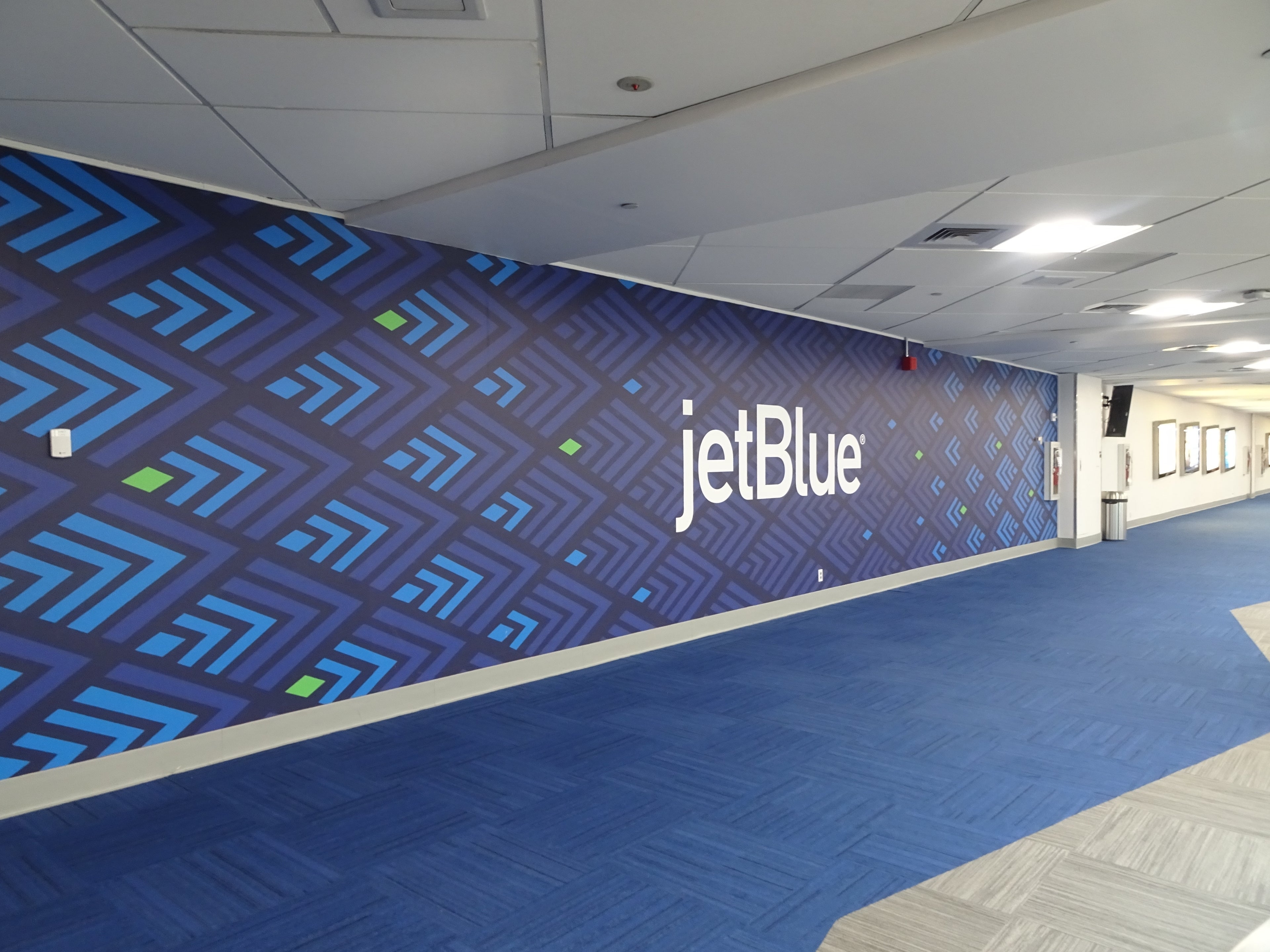 LaGuardia Airport's Historical Marine Terminal Gets a JetBlue Facelift
This post contains references to products from one or more of our advertisers. We may receive compensation when you click on links to those products. Terms apply to the offers listed on this page. For an explanation of our Advertising Policy, visit this page.

Amid New York LaGuardia Airport's many (many) ongoing renovations and construction plans, JetBlue's recent update of the historic Marine Air Terminal (Terminal A) has officially opened to the public.

The Marine Air Terminal was built in the 1940s and is considered a major aviation landmark. While JetBlue left the historical elements such as the "Flight" mural, art-deco details, original benches and much of the entry hall untouched, it becomes a brand-new terminal once you walk through the old departures doorway.

The terminal, for the most part, looks completely different from how it did when Delta occupied the space in 2017. Aside from adding its obligatory blue touches throughout the terminal (in addition to some art-deco callbacks to the original look of the building), JetBlue made some structural improvements as well, such as new bag drop area and an extra security lane for TSA PreCheck.

They've also added a private booth for breastfeeding mothers, located right on the other side of security.

While its history and retro-fitting is something any AvGeek can appreciate, the building itself is relatively small compared to the average terminal. And the fact that only popular routes to Boston (BOS), Fort Lauderdale (FLL), Orlando (MCO) and Palm Beach (PBI) operate out of the terminal doesn't help the crowding issue. JetBlue's solution to this was to add new "space optimizing" structures designed to fit as much as possible into the tight space without overwhelming travelers.

This presents itself mostly in the new tiered seating along the slanted hallway that leads up to the gates.

The seating provides travelers with some comfortable chairs, tables with charging stations and views of the planes out on the tarmac. The new space can also be used as a sort of haven from the main waiting room with the gates.

While the scale of the seats and format provide as much space as possible in the main seating area, it's still pretty small and crowded. But with the tiered seats out by the hall, travelers can wait in a comfortable space that's close enough to their gates while avoiding huddled aggravation. Along the same wall, JetBlue has also added a Cibo Market, where travelers can purchase standard grab-n-go meals, souvenirs and magazines.

In collaboration with OTG (who has also done some work with United -- remember 'Classified', the secret restaurant at Newark?), JetBlue also opened Salotto, a farm-to-table Italian restaurant.

The restaurant itself is pretty good. They offer a large selection of beers, wines and cocktails in addition to a couple of different pizza options, appetizers and salads. Space, much like the rest of the terminal, was also considered in the concept and construction of the Salotto. This is really characterized by the use of specialized turbo chef electric oven, which can cook a pizza in less than 3 minutes without expelling any heat, so workers and travelers aren't subjected to any excess warmth.

Also, another perk of the restaurant is that all orders can be made to-go -- travelers can enjoy their Ricotta Toast 33,000 feet in the air.

All in all, LGA's Marine Terminal, while not the sort of place you're going to have a larger-than-life ground experience, provides a comfortable, clean place to wait before booking it from New York to Florida. It's easy to navigate, has above average airport food and a long, storied history just about anyone can respect.

"For those who breeze by, it's fine," said Ian Deason, Senior vice president of JetBlue customer experience. "For those who appreciate it, it's awesome."