First look at Newark's brand-new Terminal One opening in 2021 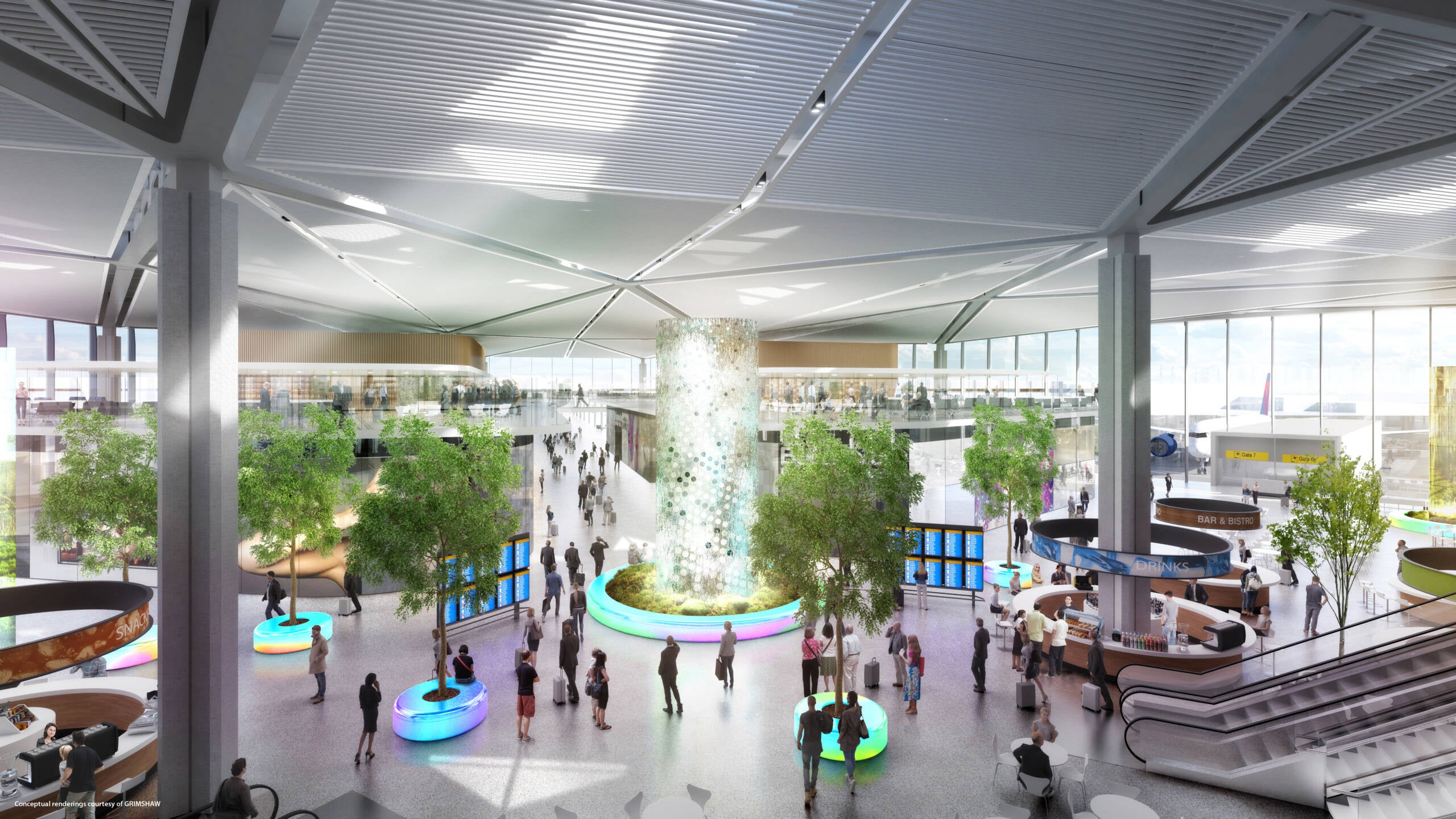 The New York-area airports are well on their way to becoming some of the nicest in the world.

In June, New York Gov. Andrew Cuomo inaugurated the brand-new Terminal B Departures and Arrivals Hall at LaGuardia. A few weeks later, a portion of the Terminal B Western Concourse opened as well.

The next exciting milestone for the New York City-area airports will be the unveiling of the $2.7 billion Terminal One at Newark. Set to replace Terminal A, this passenger facility will be a massive improvement compared to the existing structure.

The Port Authority invited TPG on an exclusive behind-the-scenes tour of the construction in progress, so let us show you around.

The basics of Newark Terminal One

Newark Terminal One is set to become the airport's flagship terminal. At nearly one million square feet, it's likely going to house the existing airlines operating from the outdated Terminal A, including Air Canada, Alaska, American and JetBlue.

United operates a select few flights from Terminal A, so it'll be interesting to see if those frequencies move to the new space when it opens or whether they're combined with United's existing presence at Terminal C.

Terminal One is shaped like an inverted "T" and is slated to open in two separate phases. The first phase will be complete in about 12 to 14 months, according to Port Authority chairman Kevin O'Toole. 21 of the total 33 gates are expected to open then, with the remaining 12 gates coming online in 2022.

The new terminal is split into four distinct sections: a central headhouse for all departing and arriving passengers and three piers with gates. The main pier, which houses 21 gates, extends toward the east and covers a length of 1,000 feet.

The two auxiliary 700-foot-long concourses will extend towards the north and south with six and five gates, respectively.

"Amazing progress has gone on here at Terminal One," remarked O'Toole. "It's astonishing that a year from now roughly 21 gates will be open. It's a state-of-the-art airport that the Port Authority is giving birth to."

Indeed, state-of-the-art is a great way to describe what passengers can expect when they step foot in the new terminal.

The departures area will be the first space to greet passengers when arriving at the airport. The floor-to-ceiling windows let in a plethora of natural light — a night and day difference from the current experience at Terminal A.

When getting dropped off, flyers won't have to worry about gridlock on the roadway. The four-lane, 1000-foot-long drop-off curb is purpose-designed to handle projected traffic demand during the busiest times. You'll then pass through massive vestibule doors before entering the check-in lobby.

The common-use ticketing counters will support self-tagged checked luggage, a welcome feature for those looking to keep their distance and limit touchpoints.

After checking in, all passengers will be funneled to a consolidated TSA checkpoint with up to 18 screening lanes.

This is easily one of my favorite parts of the new terminal since it means that all gates are connected airside. (If you've flown from the existing Terminal A, you might remember that each small pier of gates has its own dedicated TSA checkpoint that can often get backed up throughout the day.)

After clearing security, there will be a 30-foot-wide "re-composure area," filled with benches for flyers to put on their shoes and reorganize their bags.

From there, you'll have great views of the entire light-drenched eastern pier. You'll descend down a set of escalators to a large central concession area that'll feature New Jersey-based retail and restaurants.

As you enter the central concession area, expect plenty of digital signage pointing you in the direction of your gate.

If you're an elite flyer or savvy credit card holder, you'll likely have access to one of the terminal's lounges. Located just above the concession area, there's space for up to four airline lounges. There are 28,000 square feet dedicated to lounges, so hopefully, we'll see some exciting new spaces built in the coming year.

The existing Terminal A is home to an Air Canada Maple Leaf Lounge, American Airlines Admirals Club and United Club. We'll likely see the former two spaces relocate to Terminal One (and possibly the United Club depending on whether the airline uses any gates in the new terminal). Time will tell if American Express or another airline decides to put an outpost in the new Terminal One.

Related: LaGuardia's new terminal is a major upgrade — see for yourself

As mentioned, the terminal's central artery will be the eastern pier. The wide hallways will feature floor-to-ceiling windows and plenty of skylights allowing natural light to guide you to the end of the pier.

By design, you won't find any moving walkways in this pier. Instead, the three- to five-minute walk from security will take you past modern restrooms and new restaurants and bars.

Expect fantastic views of Elizabeth, New Jersey, to the south; Newark, New Jersey; to the north and Manhattan to the east.

Individual gates will have plenty of seating areas with access to power and USB ports.

Though the terminal will primarily house domestic flights, most gates are equipped to handle planes with a tail height of up to 66 feet and wingspan of up to 214 feet. This includes twin-aisle " wide-body jets" such as the Boeing 777 and Airbus A330.

There won't be a Customs and Border Protection facility in the terminal, but international carriers could opt to use Terminal One for departures. And of course, flights from international airports with preclearance facilities can arrive as domestic flights at Terminal One.

Arriving passengers will love the convenience of the new terminal.

For one, you likely won't need to deal with apron delays when the terminal opens. That's because the Port Authority is working on taxiway improvements for aircraft parking and pushing back. There will be two taxiways on the apron, allowing planes to both push back and pull in at the same time.

As you exit the terminal, you'll pass through plenty of restrooms. Once you've made it to the headhouse, you'll take an escalator down to the centralized baggage claim area.

There will be six baggage claims in the terminal. Once you've got your bags, you'll go outdoors for pickup. The curb is 950-feet-long — plenty of space to handle both rideshares and regular pickups.

If you don't get picked up, you'll likely find yourself walking on the pedestrian bridge to the parking garage and consolidated rental car facility.

Set to open in phases beginning in 2022, the new garage will occupy over 19 acres and include a six-level car rental and public parking garage, as well as a six-level quick turnaround building to support the rental car center. When the garage opens, the existing car rental lots will move to the new garage, hopefully leading to less congestion on airport roadways.

You'll also be able to access the AirTrain from the garage area if you need to get to Newark's other terminals.

According to Huntley Lawrence, director of aviation for the Port Authority, the "aspiration is for Newark to become a world-class airport."

Well, after my visit to the new Terminal One, I can confidently say that Newark is well on its way to emerging from the pandemic with a world-class terminal.

With light-filled hallways, a centralized TSA checkpoint, space for four lounges and more, you'll be hoping that your next flight departs from the new terminal.

Featured image by (Rendering courtesy of the Port Authority)