RIP to the SPG Amex; Looking for New Love With Bonvoy 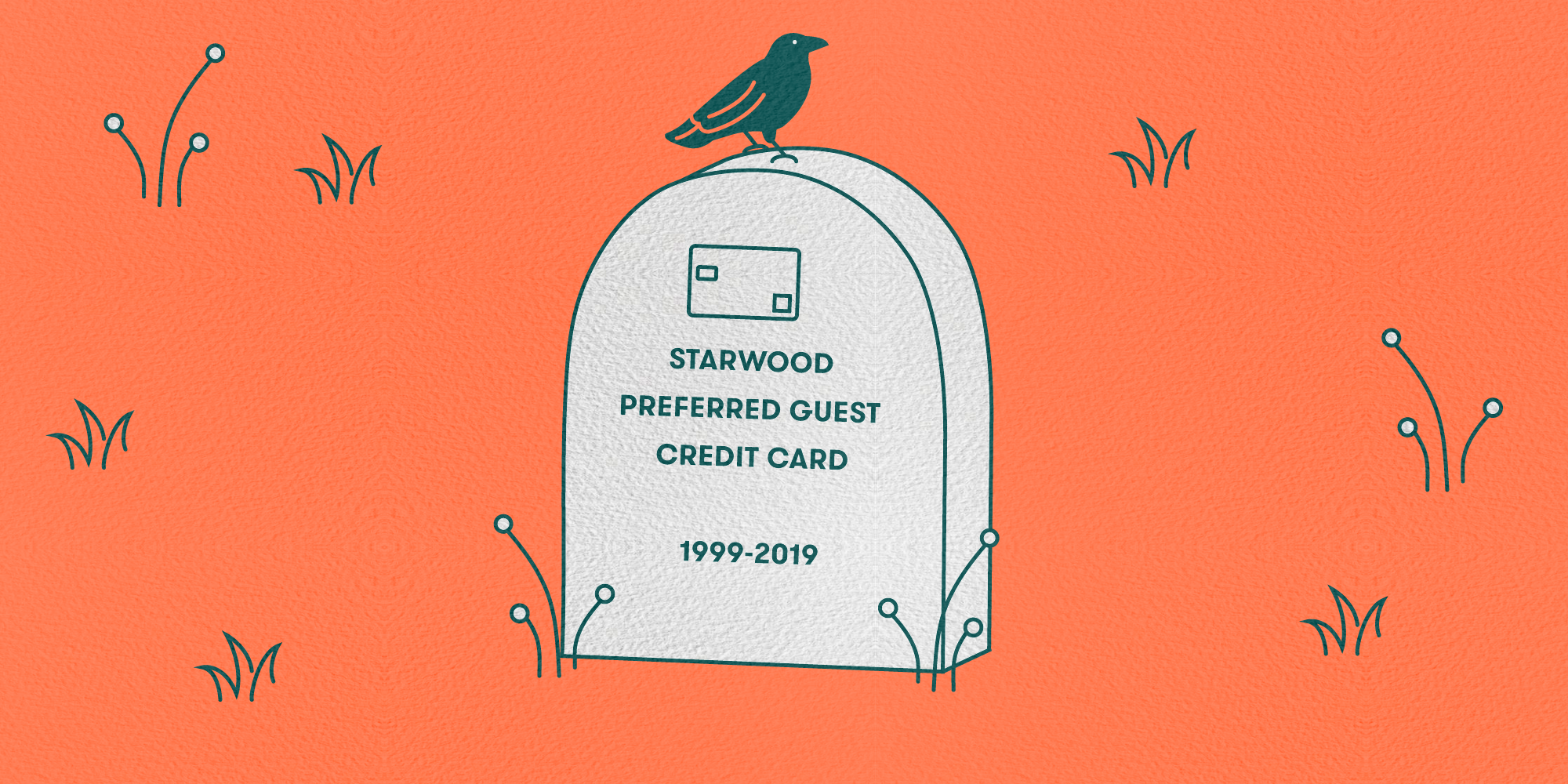 Friends, neighbors and fellow award travel enthusiasts, we are gathered here today to celebrate the life, and mourn the loss, of our dear friend, the Starwood Preferred Guest Amex, which passed away quietly on Feb. 12, 2019 at the age of 20.

The SPG card, as it was known to friends and family, was born back in 1999 to its parents the Sheraton Club International and Westin Premier cards. Growing up, SPG Amex embodied the dreams and the spirit of both of its parents, and continued in their footsteps by offering impressive value.

It was the SPG card, in its resplendent purple outfit, that first introduced many of us to the possibilities of award travel. I initially got to know it back in 2005, when I was just learning about how credit cards could do so much to help travelers like me visit friends and family, and see the world, at little or no cost.

While it never offered us vast amounts of Starpoints per dollar spent, the ones we did receive were always among the most valuable rewards in the industry. I fondly recall redeeming as few as 3,000 of these points for a free night stay, and always being rewarded with a fifth night free after four consecutive nights.

And if all it ever did for us was give us free night stays, the SPG still would have been a great friend. But it gave us so much more. Throughout its life, it was able to offer us the beautiful gift of transferring our points to airline miles. And when we transferred 20,000 points to miles, we earned a 5,000-mile bonus. And when those miles were redeemed for expensive last-minute flights, or tickets in business or first class, we were able to realize amazing value from our credit card spending, often to the envy of our friends.

It was with trepidation that we learned in 2015 that the SPG Amex would become part of the Marriott family. Nothing against Marriott; it was just feared that the card would lose its independence, and along with it part of what made it unique. Our fears were realized late last year when the SPG Amex started offering a mere 2 Marriott points per dollar, which was worth just two-thirds of what we could previously expect.

And last year, we all reacted with sadness when it was announced that the card's days were numbered. After a long period of rest and seclusion, life support was terminated just before midnight on Tuesday, Feb. 12, 2019.

The Legacy Lives On

While a big chapter has closed in this card's life, those who already have the card will continue to carry it in their wallets (and memories). In this new stage of existence, it will go by the name of Marriott Bonvoy Amex. It still offers 6x points at Marriott hotels and 2x points elsewhere. You receive Silver elite status and Gold elite when you spend $35,000 or more in a calendar year. It offers a free night award (at a redemption level of 35,000 points or less) every year on your account anniversary, and 15 nights of elite stay credit. It has a $95 annual fee that's waived the first year, and a studio artist is even paying tribute to its memory with a limited-edition design.

Those who don't have the SPG Amex can take comfort in knowing that it passed on many of its finest traits to its Marriott progeny. Its children, who now go by the Bonvoy name, still carry on the card's spirit. For example, they still offer the fifth night free after four consecutive award nights, and an amazing 40-plus airline transfer partners. Better yet, they also offer 15 nights stay credits toward elite status.

The Marriott Bonvoy Brilliant® American Express® Card (formerly known as the is the Starwood Preferred Guest® Luxury Card), is the overachiever of the family. It offers 6x points at Marriott hotels, 3x points at US restaurants and on flights booked directly with the airlines and 2x points elsewhere. Its other best traits include a $300 statement credit for eligible purchases at Marriott hotels, complimentary Gold status and a free night award (at a redemption level of 50,000 points or less) each year on your account anniversary. Finally, it's offering a 75,000-point welcome bonus to card holders who spend $3,000 in the first 3 months — so the family's focus on value lives on.

The SPG Amex also leaves behind a twin sibling, the Marriott Bonvoy Business® American Express® Card. It's a bit more down to earth in its sharp gray suit, but it offers nearly identical terms and conditions — and it's offering 100,000 Marriott Bonvoy bonus points after you use your new Card to make $5,000 in eligible purchases within the first 3 months of Card Membership. Plus, earn up to $150 back in statement credits on eligible purchases made on your new Card within the first 3 months of Card Membership. Offer ends 5/12/21. It has a $125 annual fee (See Rates & Fees) and it has big spenders in mind with the ability to earn a second free night award (up to 35,000 points) after spending $60,000 in a year.

The SPG card is also survived by its half-sibling, the Marriott Bonvoy Boundless Credit Card, part of the Chase family.

As we look back on the full life the SPG Amex lived, we can be glad for the time we had together. We now recognize and celebrate in others many of the same traits we may have first discovered in this card. These include the ability to redeem rewards for any unsold room, the chance to transfer points to miles and even earning an extra free night after several consecutive night stays.

We also have to realize that no credit card lives forever. Each is part of a product life cycle that will inevitably end. But at the same time, we are just getting to know the newest members of the Marriott Bonvoy card family, which carry on the great work that the SPG Amex card dedicated its life to.

For rates and fees of the Marriott Bonvoy Business Card, please click here.

Featured image by (Illustration by Abbie Winters)
Editorial disclaimer: Opinions expressed here are the author’s alone, not those of any bank, credit card issuer, airline or hotel chain, and have not been reviewed, approved or otherwise endorsed by any of these entities.