Articles
Scott Mayerowitz is the executive editor of TPG and oversees all of TPG's editorial coverage. He previously was a reporter, then editor, at The Associated Press and reported for ABC News.
Follow
Oct. 24, 2019
•
6 min read 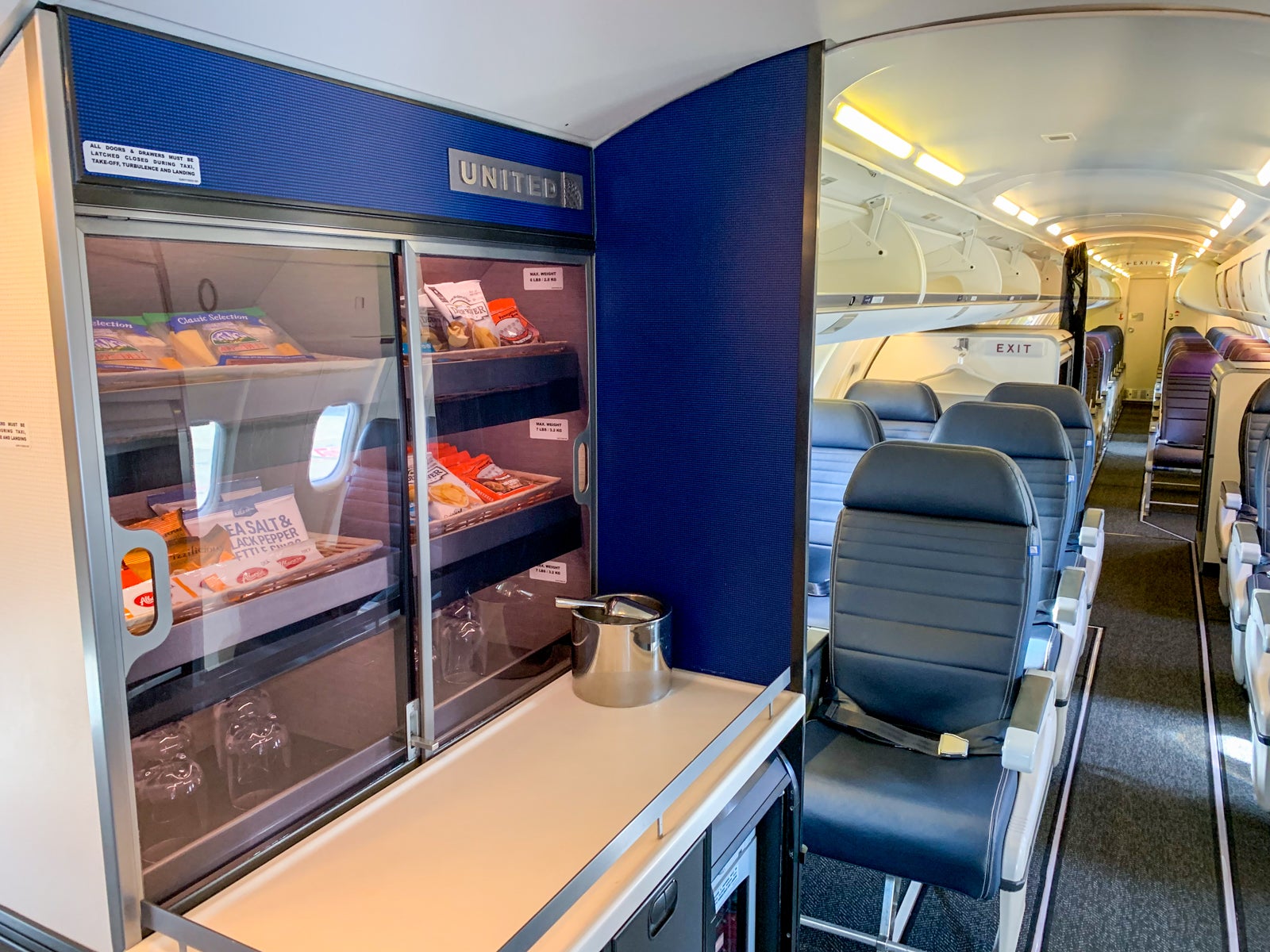 Sneak peek: First photos from inside United's two-class CRJ550
This post contains references to products from one or more of our advertisers. We may receive compensation when you click on links to those products. Terms apply to the offers listed on this page. For an explanation of our Advertising Policy, visit this page.

Welcome aboard the Bombardier CRJ550 — the newest plane in United Airlines’ fleet.

With it, United hopes to reinvent the regional jet market, at least for those in the front of the plane.

Related: Sign up for our daily email newsletter here

And on Thursday morning, I got a sneak peek inside the plane days before it takes to the air.

The first class cabin is spacious. There’s plenty of legroom, the seats have a generous recline. It’s as close as one gets to mainline flying on a tiny plane.

There are no seatback TVs, but United doesn’t have those on many domestic jets. Right now, the plane also lacks individual power outlets, but United told me they should be added in during the first three months of 2020.

The plane itself isn’t exactly a new jet.

It’s a Bombardier CRJ700 airframe. But instead of the normal 70 seats, United is only installing 50 in the same space.

In other words: this is an extremely roomy regional jet.

The space that would normally be filled with those 20 extra seats is instead dedicated to four storage closets.

United says that most — if not all — passengers should be able to stash away their carry-on bags on the jet instead of checking them at the gate. I’m skeptical, given how much stuff I’ve seen passengers bring on trips and how poorly they shove stuff into the storage spaces.

First-class flyers also have access to a self-service drink and snack station— not a typical offering on domestic flights, let alone a regional jet.

It was a sleek little nook at the front of the plane and I can see it being a favorite for passengers.

Despite being a larger plane, there is only one tiny lavatory at the very back.

United hopes the CRJ550 will help it capture a larger share of premium international travelers bound for small and mid-size cities in the U.S.

Executives have frequently cited the example of Northwest Arkansas, home to retail giant Walmart’s headquarters, where they said the airline carries a lower percentage of business travelers than competitors due to a lack of premium seating options on flights into XNA.

The Economy Plus seats — in a stylish purple — have nice recline. Like other slimline seats they are very stiff and will hopefully break in over time.

Row 7, the Economy Plus bulkhead, has tons of legroom. Almost too much.

Economy is tight, has similar stiffness in the seats, but has a generous enough recline. That same recline does make it very tight when the person in front of you leans back. Compared to other 50-seat regional jets, it’s comfy.

The best coach option is Row 11, an exit row.

The CRJ550 is the industry’s first 50-seat jet with both first- and economy class cabins.

It’s really a result of the need for more premium seats and the restrictions United faces with its pilots’ union contract.

That agreement limits the number of large regional jets — like Bombardier CRJ900s and Embraer 175s — that it can have in the network.

So United came up with this unique workaround.

Not everybody is happy.

Sara Nelson, president of the Association of Flight Attendants, said on Twitter Thursday that the plane is “a disservice to passengers & seriously cheap.” She noted that the CRJ700s have always been staffed with two flight attendants. (The Federal Aviation Administration requires one flight attendant for every 50 seats on a plane.)

Nelson said having one on the CRJ550 “hurts safety, security & service.”