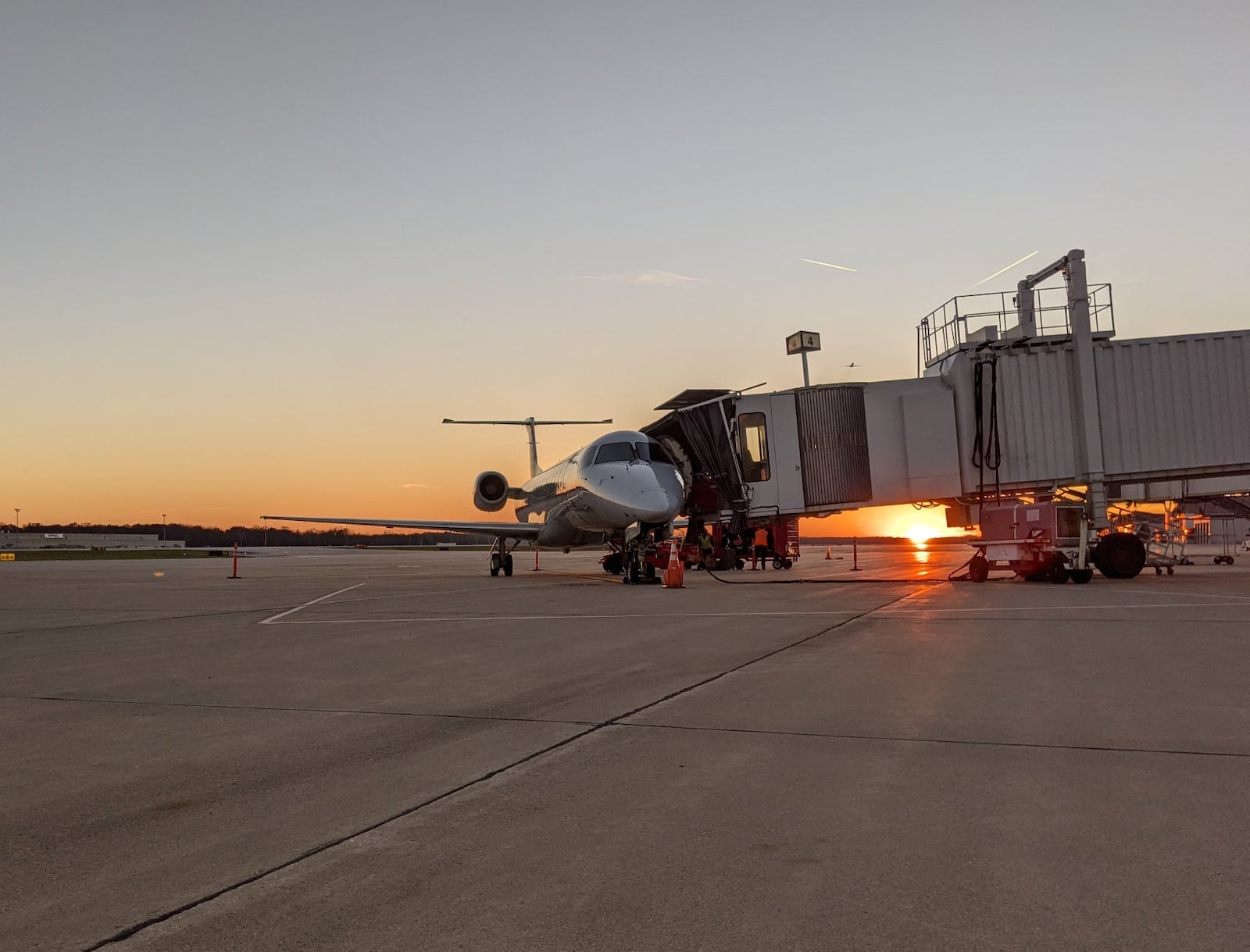 Joe Cappel thinks of 2019 as a year when things were truly firing on all cylinders. As vice president of business development at Eugene F. Kranz Toledo Express Airport (TOL) in Ohio, he saw growth in the airport's passenger traffic, and was in discussions with American Airlines about adding flights to an additional destination, given demand on its short list of flights.

“We were fairly optimistic, and then COVID struck, and business travelers stopped flying and it started to snowball from there,” Cappel told TPG.

Fast forward to the summer of 2022, and things look a lot different.

While passenger enplanements in Toledo rebounded in 2021 with a nearly 30% jump over 2020 levels, the airport received bad news in June. Toledo passengers learned American Airlines service at the airport — along with three airports in other parts of the country — would be ending in the coming months.

It’s fair to say airport officials knew something like this was possible. American Airlines flights in and out of Toledo, traditionally operated by regional affiliates, had been slowly disappearing.

Now, with this change, Chicago flights will end come September leaving the airport with commercial service only aboard low-cost carrier Allegiant.

“Certainly, it does have an impact,” Cappel said, adding a factor that makes the change all the more disheartening.

“Once you lose something,” he said, “it makes it even more challenging to bring it back.”

Toledo is far from alone, though.

When you think of the challenges airlines have faced this summer, the first things that come to mind are scenes at large airports. In particular, those days when an airport such as New York's LaGuardia Airport (LGA) saw hundreds of flights get canceled and delayed or when thunderstorms at large Florida hubs snowballed into mass disruptions at hubs up and down the East Coast.

Airlines have cited a variety of factors, including staffing challenges, as a major source of disruptions and as the reason for the flight schedule reductions that some airlines have made this summer. A shortage of pilots is one of the most critical factors.

While the trend has perhaps led to a less convenient experience for passengers at large hubs during portions of this summer travel season, the impact at small, regional airports has — in a lot of cases — been that the flights just end entirely.

That’s not to say the problem is limited to American and its regional affiliate airlines, either.

In fact, when comparing the first quarters of 2019 and 2021, 106 communities lost more than a quarter of their departures, according to a recent report from the Regional Airline Association, a trade group representing regional carriers.

Regional carrier SkyWest proposed pulling out of dozens of airports earlier this year.

The source of the problem is a trickle-down effect from the pilot shortage at the major airlines, TPG senior aviation reporter Ethan Klapper said. The problem started before the pandemic and accelerated when major carriers like Delta, United and American offered early retirement to older pilots when demand cratered in the early days of COVID-19.

Now, the big airlines are looking to fill spots.

“Essentially, the regional airlines are being raided of pilots,” Klapper said.

That means regional airlines are looking to hire pilots — but these are prospective pilots that require significant training. That means fixing the problem takes time.

For perspective, Toledo saw more than 85,000 enplanements in 2021, according to data from the Federal Aviation Administration (FAA). That’s less than a tenth of a percent of the 36.6 million enplanements at the nation’s busiest airport, Hartsfield-Jackson Atlanta International Airport (ATL).

Still, Cappel said, it has a profound impact on the travel habits of his airport’s loyal customer base. Indeed, Toledo-area travelers could drive an hour or so north to Detroit for their service.

“A lot of people like the smaller airports," Cappel said, citing the convenience of having a small airport close to home where short drives and security wait times can be an endearing factor for some travelers.

“Not everyone wants to travel through a huge airport like Detroit,” he added.

In Dubuque, while the list of commercial flights offered was already short, the airport will now be left with none, meaning travelers in that area will need to pick one of several airports one to two hours away.

Quad City International Airport (MLI) in Illinois, for instance, is just over an hour away.

In a statement last month, the local chamber of commerce in Dubuque said it was “incredibly disappointed” to learn of the decision.

“Unfortunately, this is the current trend in the aviation industry, and regional airports are taking the brunt of the impact,” president and CEO Molly Grover said in the statement.

Despite the looming end of American Airlines service in Toledo, it’s not like the airport is having a hard time filling the flights it does offer.

With Allegiant flying from Toledo to popular leisure destinations in Florida like Punta Gorda, Tampa and Orlando, on most days, flights are at least 95% full, Cappel told TPG.

He believes the Toledo market is well suited for discount airline service to leisure destinations, though he noted airport officials will actively court a return of American Airlines, as well as Delta and United.

In other words, there’s some optimism there.

“We’re just hoping that somehow this opens up a new opportunity for us,” he said.

That’s not to say the future will be easy for the smaller airports.

“I’m afraid there’s probably more to come, with the pilot shortage, the price of fuel and just the economics of regional jets in general,” Cappel said.

His concerns come as airlines work to find solutions for the pilot shortage, though Klapper anticipates the problem “will continue to be an issue for months and years to come.”

Featured image by (Photo courtesy of the Toledo-Lucas County Port Authority)
Editorial disclaimer: Opinions expressed here are the author’s alone, not those of any bank, credit card issuer, airline or hotel chain, and have not been reviewed, approved or otherwise endorsed by any of these entities.