9 Mountain Resorts Where You Can Ski This Summer 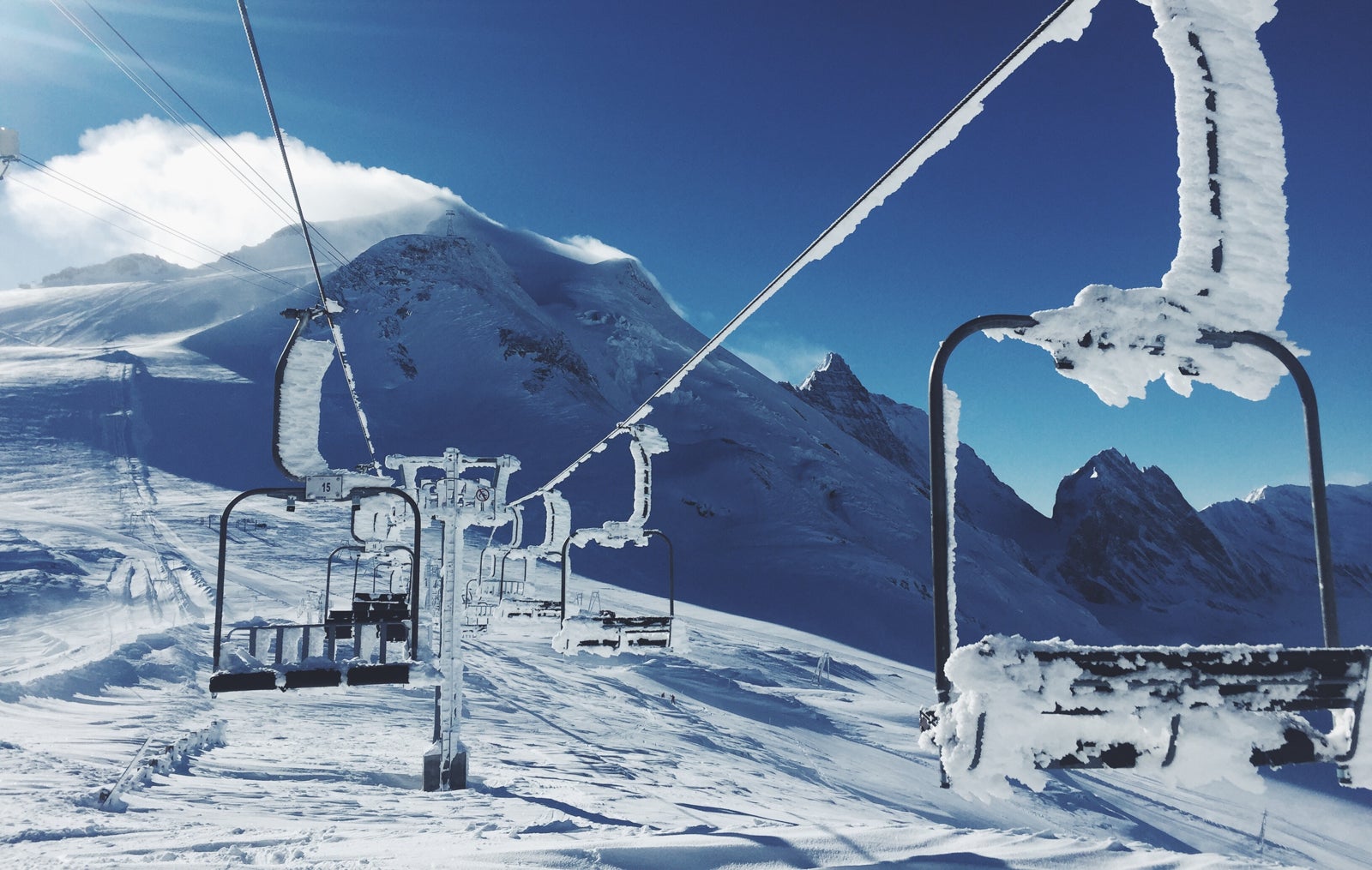 It may officially be spring, but don't put your skis away yet. Slopes are still open thanks to record-breaking snowfall in the US and year-round snow on mountain glaciers. It's also winter in the Southern Hemisphere.

This year's ski season in North America has been one for the books. Squaw Valley — one of Lake Tahoe's main resorts — saw phenomenal snowfall of more than 26 feet in February. Other Tahoe resorts, including Kirkwood, Heavenly and Northstar, also had record snowfall, resulting in an extended season.

Tahoe isn’t the only place enjoying an unusually snowy winter. Ski areas across the country are extending their spring seasons. Arapahoe Basin in Colorado plans to stay open until early June, while California’s Mammoth Mountain anticipates keeping slopes open until July. Breckenridge, also in Colorado, will extend its season through Memorial Day for the first time since the 1990s. East Coasters will likely get their late season runs at Vermont's Killington ski area at least through May, too. Skiing is a weather-dependent sport, so resorts' opening and closing dates can change with little notice.

Of course, you can take your ski vacation south of the equator to resorts such as Valle Nevado in Chile or Perisher in Australia, where wintry conditions set in during the Northern Hemisphere’s summer. Although there aren’t many resorts that offer skiing 365 days a year, there are plenty that -- even in a season of standard snowfall -- keep their slopes open, at least partially, during the summer and autumn months. Here are nine of our favorites:

The highest of the three ski resorts on Oregon’s Mount Hood, Timberline Lodge is set 8,540 feet above sea level at its highest point. The resort is popular for professional racers and freestyle skiers and riders, but there is always open terrain maintained for the general public. During a good year, Timberline boasts one of the longest ski seasons in North America, with lifts operating year-round.

Arguably the largest ski resort in North America (some claim Powder Mountain is larger, though it's less accessible by lift), Whistler welcomes skiers and snowboarders for summer skiing shortly after the regular ski season ends. From mid-June to mid-July, two T-bars provide skiing on Blackcomb’s Horstman Glacier in a public terrain park as well as in private areas reserved for summer camps. Hortsman Hut, located at the summit of Blackcomb Mountain, offers skiers and riders a European-style lunch. This summer, the glacier will be accessible via the new Blackcomb gondola, but note this is for advanced skiers, not those used to green runs.

Home to the highest and largest summer ski area in Europe, Zermatt’s Matterhorn Glacier Paradise Ski Area offers 12 months of skiing. After the winter season (between Nov. 1 and April 30), skiers can enjoy about 13 miles of glaciated terrain with groomed pistes and terrain parks.

While Mammoth is not always open for summer skiing, the resort has kept lifts spinning for skiers until July 4. On occasion, the has even extended into August. When the mountain is able to remain open during the summer, visitors can ski, bike and golf all in one day -- they actually offer this package in June. The Yodler at the Main Lodge and the sundeck at Tusks Bar are great spots to grab an après-ski drink. If summer skiing at Mammoth is on your to-do list, you might want to check out the Ikon Pass, as the 2019 to 2020 ski pass includes 2019 spring and summer skiing at a variety of mountains, including Mammoth.

This Austrian mountain town is home to the Kitzsteinhorn Glacier Ski Resort, which often closes for the season at the beginning of June before reopening for a month of skiing in July. With an elevation higher than 9,840 feet, Kitzsteinhorn is the only glacier ski resort in the Salzburg region of Austria. A sun terrace invites skiers to unwind in an alpine setting before heading down to the valley for a dip in Lake Zell.

Hintertux is one of the only glaciers left in the world that offers skiing 365 days per year. In the summer, 10 lifts allow skiers to enjoy an impressive 5,740 feet of vertical drop and more than 12 miles of runs, with terrain varying from beginner to advanced. Skiers and riders should arrive early for the best snow conditions. Once you’ve had enough skiing, take a guided tour through Nature’s Ice Palace, a glacial crevasse underneath the ski slopes.

Les 2 Alpes is located on the Mont de Lans Glacier in France, and is touted as one of the largest summer ski areas in Europe. During the summer season, which lasts from late June to the end of August, there are 17 styles of lifts serving 11 runs. The high-quality snow at an elevation of 11,800 feet is home to freestyle terrain perfect for skiers and riders of all abilities.

The Allalin Glacier in Saas-Fee boasts more than a dozen miles of pistes and terrain parks. Located in a village originally established as a popular mountaineering destination in the early 19th century, visitors today enjoy hiking trails, wine tours, events and, of course, summer skiing, which usually is offered from mid-July through August. When the ski day ends, visitors eat lunch in the world’s highest revolving restaurant — Revolving Restaurant Allalin — which is located at 11,480 feet above sea level.

The Grand Motte Glacier, located in Tignes, is one of Europe’s highest ski resorts. Their summer operation runs from June 23 to Aug. 5, offering four pistes and a terrain park on the upper part of the glacier. When conditions allow, passengers can ride on the cable car’s high-altitude roof terrace — the first of its kind in the world — which opened last fall. After skiing, grab lunch at Le Panoramic restaurant at the top of the funicular. As the name suggests, it offers panoramic views of the glacier and surrounding mountains.