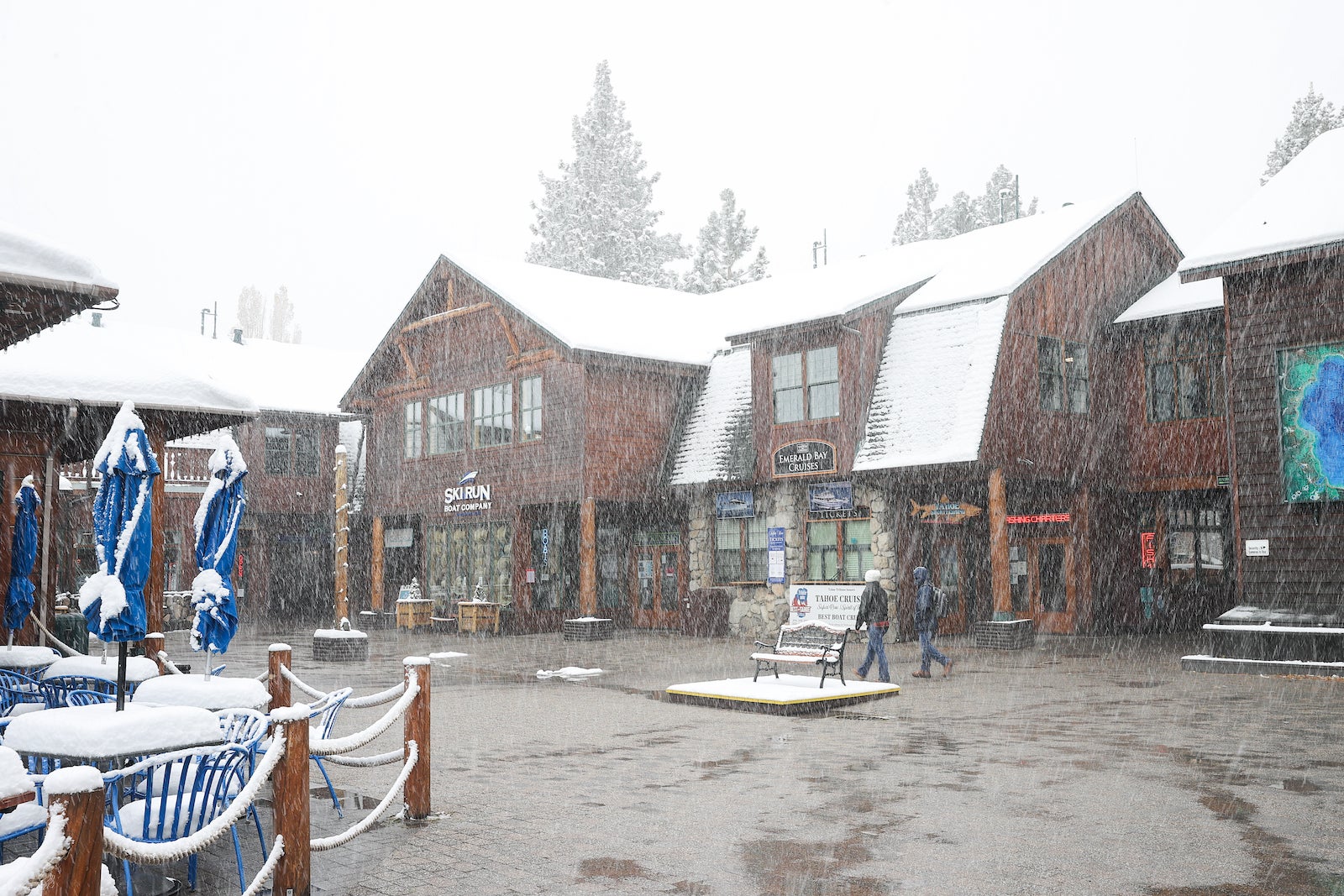 Thanksgiving is more than a week away, and yet parts of the western U.S. are getting a hefty dose of winter. It's proving to be good news for skiing and snowboarding enthusiasts.

Recent snow — particularly major winter storms this week — have helped the snow base quickly pile up at some popular mountain resorts, bumping up the season-opening dates to the delight of those itching to get in a few early-season runs.

Autumn snowfall has hit several states of late from California to Utah, Idaho, Colorado and Montana. TPG managing editor of news Clint Henderson shared some images of the November winter scene in Montana this week.

While the first major U.S. ski resort opened a few weeks ago, the recent storms have allowed far more resorts to follow suit.

Ski resort operator Ikon Pass has opened — or is planning to open — 13 resorts ahead of schedule, "offering skiers and riders bonus days on the slopes," company officials said Friday. A number of lifts began running to kick off the season this weekend.

As is often the case with early or late-season skiing, the trails may not be perfect — some resorts, like Homestake Lodge in Montana, cautioned would-be visitors that they may find some "early season conditions."

Still, just the sheer opportunity to get out on the mountain in the month of November will thrill many skiers and snowboarders.

With that in mind, here are just a few of the early openings that caught our eye. If you've got a favorite resort in mind, it's definitely worth checking its website and social media pages to see if recent snowfall has helped to accelerate opening timelines.

Lake Tahoe is among the regions that have gotten a heavy dose of snow in recent days.

Heavenly, which overlooks South Lake Tahoe, had been expected to open later this month. That changed thanks to help from Mother Nature. Heavenly decided to kick off the season this weekend.

Meanwhile, north of the lake and across the state line in Nevada, Mt. Rose, which has Lake Tahoe's highest base elevation of more than 8,000 feet, opened Friday after reporting a base depth of 10 to 15 inches of snow.

Utah has seen some fresh, early-season powder as well.

Brighton Resort outside Salt Lake City moved its opening date up to Friday after receiving 31 inches of snow in 72 hours, with 60 inches since Oct. 22.

Nearby Snowbird got similarly pelted with snow in recent days, and will now open two weeks ahead of schedule, on Nov. 18.

"You asked and Mother Nature delivered," the resort said.

Related: How to ski and stay in Park City with points and miles

Aspen Mountain and Snowmass got three feet of snow in recent days, helping make conditions ripe for an early opening. Lifts will begin running ahead of schedule on Nov. 19, meaning visitors will now be able to get in some runs the weekend before Thanksgiving.

Recent storm cycles have dumped more than three feet of snow on our slopes and brought along ideal temperatures for snowmaking—so we’ll officially start loading lifts on Aspen Mountain and Snowmass next Saturday, November 19 ❄️🎉 pic.twitter.com/CUkiLls6zG

Related: 9 of the best places to stay in Aspen

Eldora, outside Boulder, kicked off its 60th anniversary season Friday. Despite having only one run open at the outset, it's certainly good news for those ready to kick off the ski season: The opening comes a full week ahead of schedule, thanks to the recent snowfall.

Thanks to this week's snowfall, Lookout Pass, right on the Montana/Idaho border was able to start running its lifts this weekend. The resort welcomed its first guests of the season Saturday.

Great Divide Ski Area, northeast of Helena, had begun teasing an announcement about an opening date once the snow began to fall in Montana. Late in the week, the resort alerted its guests it would open this weekend.

Early-season snow has proven to be great news for ski resorts and their customers alike, allowing for some runs before the leaves have completely fallen off the trees in other parts of the country.

With temperatures likely to drop even further over the coming weeks, expect to see many more resorts operating their lifts before too long.

Featured image by ANADOLU AGENCY/GETTY IMAGES
Editorial disclaimer: Opinions expressed here are the author’s alone, not those of any bank, credit card issuer, airline or hotel chain, and have not been reviewed, approved or otherwise endorsed by any of these entities.