The Woman Behind #PassengerShaming Talks Bad Behavior on Board 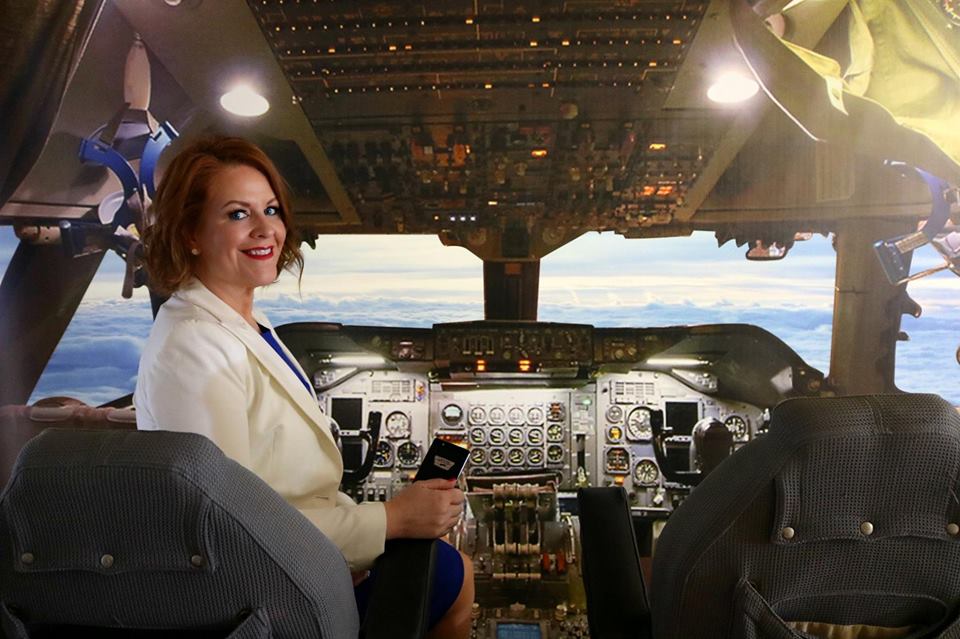 The Woman Behind #PassengerShaming Talks Bad Behavior on Board
This post contains references to products from one or more of our advertisers. We may receive compensation when you click on links to those products. Terms apply to the offers listed on this page. For an explanation of our Advertising Policy, visit this page.

What does it take to be a cop, paramedic, freelance writer, flight attendant, viral Instagrammer and mom? Just ask Shawn Kathleen, the brains behind the Instagram account Passenger Shaming.

Shawn Kathleen — she doesn't use her last name — started the account when she was working as a flight attendant (she doesn't divulge which airlines she's worked for) and noticed the odd things that happen at 35,000 feet. She’s witnessed it all — from emergency landings to soiled diapers on tray tables and bare feet on the bulkhead, bare feet on tray tables, bare feet on ovens and everything in between. Shawn Kathleen now devotes her time to her immensely popular Instagram account which currently has over 620,000 followers.

Passenger Shaming started as a forum where — you guessed it — airline passengers are shamed for engaging in the ridiculous acts they think are acceptable when surrounded by over 100 people in an aluminum tube. The Midwest resident spent many moons working as a flight attendant, so she knows a thing or two about what’s acceptable, what's unacceptable (don’t smoke crack on a flight) and what’s downright nasty.

Passenger Shaming toes the line between advocacy and jackassery, but Shawn Kathleen only shames behavior, not people. She invites the world to laugh along with — and sometimes recoil — at the things she sees.

What's your favorite thing to call out on Instagram?

My favorite is probably videos of the way people actually treat crew. I do have a few of those where they're pushing or screaming at a crew member because there's bad weather. And just as an aside, flight attendants cannot control weather. I don't know if people are aware of that, but it's not a thing. They're also not in control of mechanical issues on aircraft, either.

When you were working as a flight attendant, would you shame passengers who were acting unruly or did you always have to bite your tongue?

I had to bite my tongue, basically. There were a few instances where somebody would speak rudely to me, telling me off or making a misogynistic comment, and I would inform them that that's unacceptable behavior and I won't tolerate it and if they'd like, we can get them on another flight. But I would say something if [someone] had their feet up or they're painting their nails or they're changing a soiled diaper on a tray table, absolutely. I'm a former cop, so I know how to approach a person and not make it confrontational.

Well, I think it's apparent if you look at the Instagram account or the Facebook page, which have bare feet all over the place. It just makes my head explode. These are commercial aircraft, and if my elbows are on the armrest and your bare toes are touching it, I swear to God, that's it, I'm going to chop your foot off. That's disgusting. Why do you think it's okay to treat the aircraft like it's your living room? You're not the only person on the aircraft. There are like 250 people here, and we don't want to see your nasty feet.

Why do you think people take their socks off on planes?

Because they're animals and they have zero home training. They think, "Well, I spent $300 or $400 on this air ticket and I can do whatever the hell I want." [But] when I was a flight attendant, the majority of the people that I met were awesome and fun and funny and great.

Critics have called your account a forum for bullying. What do you have to say to them?

I don't know how that would make me a bully to put out factual content [like a] photograph. It's me shaming, absolutely, a behavior and educating people that this is something you should not be doing on an aircraft. Obviously, the word needs to get out to some people, because they feel that it's okay.

Has anyone in one of your photos ever contacted you?

One time, a young girl was sitting in her seat and had her legs crossed on the tray table. Her legs were crossed Indian-style with bare feet. She wrote me and thought it was hysterical.

Do you get a lot of threatening messages?

I get death threats. I get everything. Somebody told me they wanted to cut off my head and shove something down my neck; what I'll do is I'll take those [messages] where people get pissed off, and I'll screenshot them and post them, usually on the Facebook page, and I'm like, "Oh, you guys, I got more fan mail! Fan mail is the best!" I get that often.

Do you think we see more bad behavior while flying because smartphones and social media make it easier to document — or are flyers actually worse than they used to be?

I believe it's both. The sense of entitlement is increasing with passengers — this has been happening for a long time; this was happening 20 years ago, before smartphones were a thing. On occasion, somebody will say, "Oh, I think they're just doing this to get on your account." And I'm like, well, unfortunately, this happened long before there was a Passenger Shaming. This is not new.

The behavior, I do believe it has increased. People are more entitled, they're more "zero f--ks given." It's not just the entitlement, it's that selfish, live-in-your-own-little-bubble [attitude] and you don't really notice that there are 150 other people around that your behavior might affect.

Do you see bad behavior from the crew?

Yes, it happens in every industry. There's going to be a few bad apples. I'm not always 100% on the side of the airline. The majority of the time, absolutely, I'm on the crew's side, as a former crew member and a person who has been in those positions. But, yes, we have seen a couple things here and there in the news that are questionable and that I don't necessarily agree with.

What about good behavior? How do flight attendants like to be thanked?

Believe it or not, a sincere verbal thank you will get you pretty far. I remember once I was working on a flight and I was hustling and hadn't sat down in hours.

A woman stopped me in the middle of the cabin and said, "I just want to tell you that I've been watching you for the last 45 minutes. You haven't sat down, you have been helping all these people and you've been so nice, and I just wanted to acknowledge that somebody on here is seeing what you're doing and you're doing a great job, and thank you!"

I almost cried! I was so overworked and fatigued, and that to me was like she [gave me] a $100 bill! She totally made my day.

Do you have any tips for passengers who don't want to be shamed? Is there such thing as a model flyer?

Here's the thing: To be a model passenger, just be polite and say "thank you" or "please" and be friendly. That's really it, just being a normal human being. And maybe make us laugh or have a fun conversation.

I think a lot of people don't understand that the flight attendant is your therapist, your bartender, your safety person; they're all of that. Sometimes you're taking somebody to their parent's funeral, and they're crying and they're upset, and I can comfort them. We're aware that it's not all fun and games. Flight attendants are there to comfort. I've hugged passengers who've allowed me to — that's just my nature. Empathy, from both ends.

Finally, what's your best story from in the air?

I had a guy who, mid-flight, caught his hair on fire while he was smoking crack in the lavatory. It wasn't funny at the time, trust me. When a fire alarm is going off on an aircraft, that's kind of the worst thing ever.

We had started our initial descent into the city, and it was pitch black because we were landing at night, and then the red flashing lights started going off, so I grabbed my emergency equipment and the fire extinguisher and pulled the pin. And then this guy stumbles out of [the lavatory] and smoke and the smell of singed hair [wafted out].

He had a fanny-pack on. I'll never forget because that's obviously where he had all of his stuff — I should've known: the guy with the fanny-pack.

When he came out, the whole right side of his hair was singed off. And at the time, I didn't know it was crack; I thought it was a cigarette. And this is the best: He started asking me, "Am I going to make my connection?"