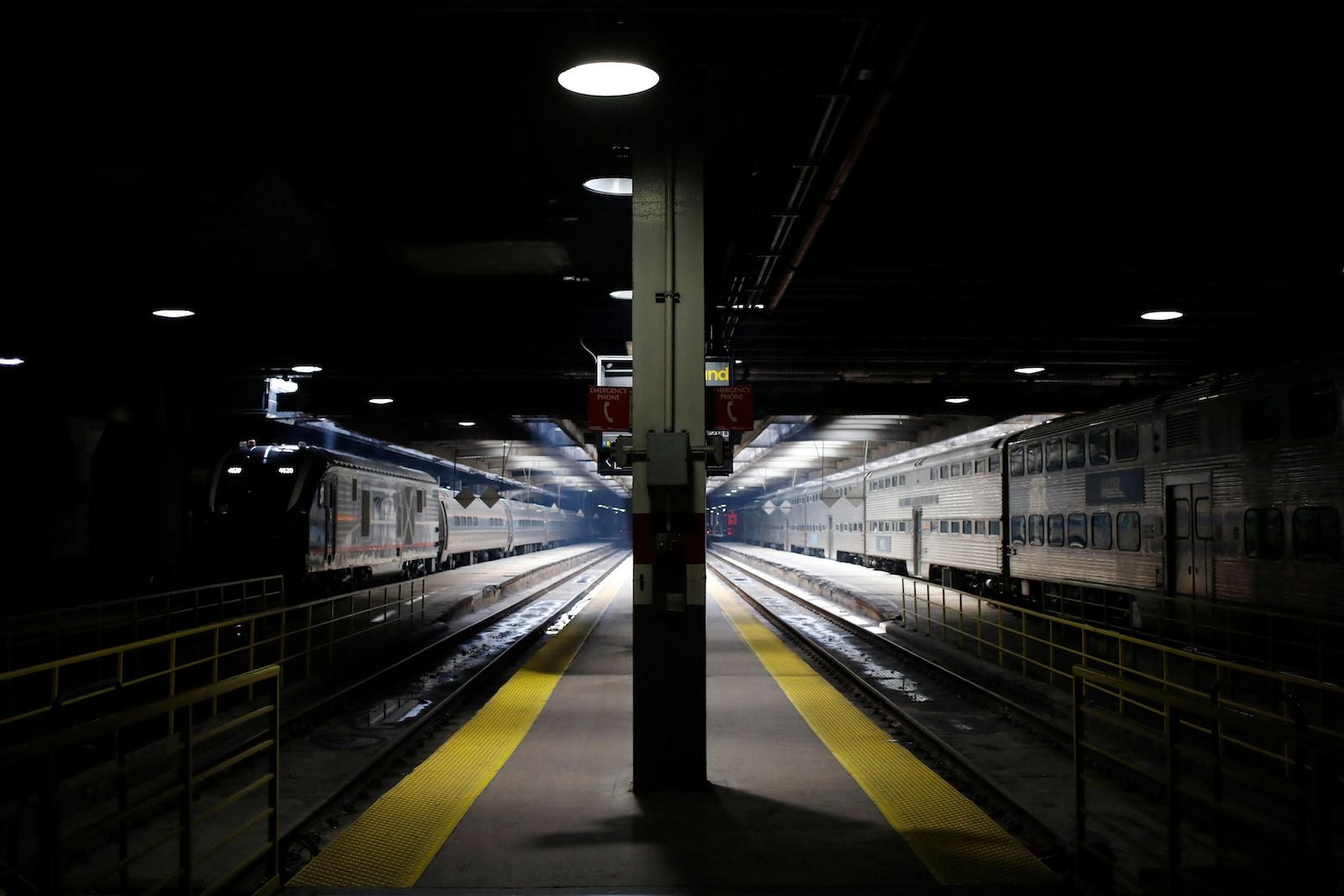 Amtrak has suspended service on some long-distance train routes beginning Tuesday as the rail industry braces for a potential strike among railroad freight workers that could begin later this week.

The cancellations beginning Tuesday impact three routes that run between Chicago and the West Coast along Amtrak’s Southwest Chief, California Zephyr and Empire Builder routes. A large section of Amtrak's Texas Eagle route between Los Angeles and San Antonio is also suspended. It's part of what Amtrak is calling a "phased adjustment" to its service in preparation for the potential service interruption which the rail operator says could "significantly impact intercity rail service."

The entire rail and freight industry has been bracing for the potential of this strike, in the midst of a looming Friday deadline for negotiations. In a letter last week, the American Trucking Association asked Congressional leaders to intervene, warning such a strike could have ramifications not just for travel, but for supply chains, too.

In addition to the currently-affected long-haul routes, other routes could soon be affected, too. If there is no resolution, all of Amtrak's long-distance routes and most of its state-supported routes could soon face disruptions as well.

"These adjustments are necessary to ensure trains can reach their terminals prior to freight railroad service interruption if a resolution in negotiations is not reached," Amtrak said in a statement to TPG.

The negotiations at the center of the looming concerns do not involve Amtrak or its workers, but could have a significant impact on operators nationwide, since outside of the Northeast Corridor, Amtrak primarily uses tracks owned and maintained by freight companies.

At this point, it appears there would be minimal impact to service on Amtrak's critical Northeast Regional Corridor. Travelers are not expected to notice any changes when riding the Acela train, or on Northeast Regional trains between Washington, D.C., New York and Boston, or on associated lines to Albany, N.Y., Springfield, Mass. or Harrisburg, Penn.

The California Zephyr runs between Chicago and Emeryville, California, in the Bay Area. Over its typical 51-hour, 20-minute journey, the train makes stops in Omaha, Nebraska, Denver and Salt Lake City.

Meanwhile, the Empire Builder runs from Chicago, making a stop in Minneapolis/St. Paul and Spokane, before continuing to either Seattle or Portland, Oregon (and in the reverse direction, too). A typical journey takes around 46 hours.

Amid the disruptions, Amtrak is reaching out to riders who may be affected or who could soon be impacted. The operator is offering customers the opportunity to rebook without change fees or without having to pay any fare difference. Amtrak is also offering refunds to affected travelers.

Amtrak has suspended service on multiple long-haul routes between Chicago, Texas and the west coast, but if labor negotiations among freight railroad workers do not reach an agreement soon, many more routes could be affected.