Articles
Max Prosperi is a part-time frequent flyer and travel writer and full-time student. Based in St. Louis, Missouri, Max covers a variety of topics with a focus on points, miles, and aviation.
Follow
Jan. 06, 2019
•
4 min read 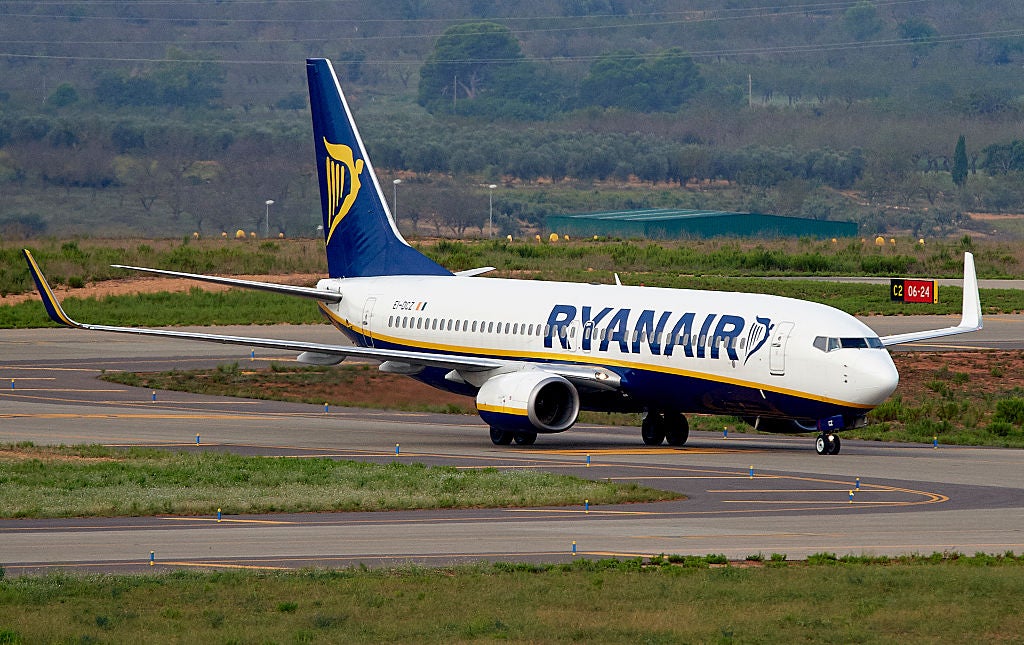 Total Nightmare: Ryanair Flight Diverts 500 Miles From Destination, Strands Passengers Overnight
This post contains references to products from one or more of our advertisers. We may receive compensation when you click on links to those products. Terms apply to the offers listed on this page. For an explanation of our Advertising Policy, visit this page.

There are reports of an absolute nightmare of a flight stranding more than 180 Ryanair passengers heading from London-Stansted (STN) to Thessaloniki (SKG), Greece, overnight in Romania, according to the Independent. A delayed departure would end up being the least of the passengers' concerns.

As the flight neared Thessaloniki, fog blanketed the region, forcing the aircraft to divert. While there were dozens of potential diversion airports nearby, many of which are served by Ryanair, the crew appears to have taken direction from Ryanair operations to fly nearly 500 miles off course to land in a town in Romania. Upon landing, passengers were stunned to find out that the airline did not have a service recovery option for the diverted flight, stranding dozens.

Ryanair flight FR8582 departed from London-Stansted at approximately 5:19pm local time on Friday, January 4, just shy of an hour late. The aircraft, a Boeing 737-800, was reportedly full, with upwards of 189 passengers onboard. The flight was bound for the popular holiday destination Thessaloniki, the second largest city in Greece. While the flight departed late, it was still scheduled to arrive only a half hour or so behind schedule. Unfortunately, the flight never made it to its destination.

Thessaloniki is prone to fog and low visibility. On Friday, the visibility was so poor that Ryanair flight FR8582 was forced to find an alternate airport. Ryanair serves the following nearby airports: Dubrovnik, Corfu, Zadar and Sofia. Those four airports are all within 150 miles of Thessaloniki. Nonetheless, the Ryanair flight made a left turn towards the northeast.

According to reports from Ryanair, the airline had a better diversion airport in mind: Ryanair operations intended to have the flight divert to Timisoara Airport (TSR) in Romania, where the airline operates one of its many bases. The rationale behind the diversion was to allow for faster service recovery, as a base typically has additional aircraft on hand to handle a diversion.

While diverting to a base or hub, even if the airport seems out of the way, isn't unheard of, the service received upon landing is. Upon arrival in Timisoara, passengers reported via social media that there was not a single Ryanair representative to assist passengers and the only option to get to Thessaloniki from the airport was an 18-hour bus ride. If passengers refused the almost day-long bus ride, they would have to wait overnight at the airport for a flight the next morning. Some reported via Twitter that upwards of 85 passengers decided to wait overnight rather than take the long bus ride. One Twitter user claimed that airport staff would not allow stranded passengers to wait in the terminal overnight.

Passengers took to social media to report conditions at the airport following the diversion:

The Greek government ultimately sent an Aegean Airlines aircraft to retrieve stranded passengers. The passengers stranded at the airport arrived nearly a day late. Ryanair has not issued a statement regarding the flight. According to the airline's terms of carriage, the bus ride to the destination was a sufficient service recovery option. The terms and conditions read:

"If, for reasons outside our control, we are unable to land at the airport at your destination and are diverted so as to land at another airport then the carriage by air shall, unless the aircraft continues to the original destination, be deemed to be completed when the aircraft arrives at that other airport. We shall, however, arrange or designate alternative transportation, whether by our own services or by other means of transportation specified by us to carry you to the original destination as set out in your Confirmation/Itinerary without additional cost." (Ryanair Terms of Carriage)

This incident has been one of many in recent months involving the Dublin-based ultra-low-cost carrier. In October, the airline took to social media to shame its crew members who had allegedly staged a photo showing the crew sleeping on the floor of an airport. That same month, Ryanair let a blatantly racist man who verbally harassed a fellow passenger and crew continue on his flight to Spain. Later in December, Ryanair was also crowned the drunkest European airline by a UK-based consumer reports group. Ryanair is famous for not only in-flight disruptions but also fares as low as $2 USD one-way.