Articles
Gene Sloan has written about cruising for more than 25 years and for many years oversaw USA Today’s award-winning cruise site. He’s sailed on more than 150 ships.
Follow
May 26, 2021
•
6 min read 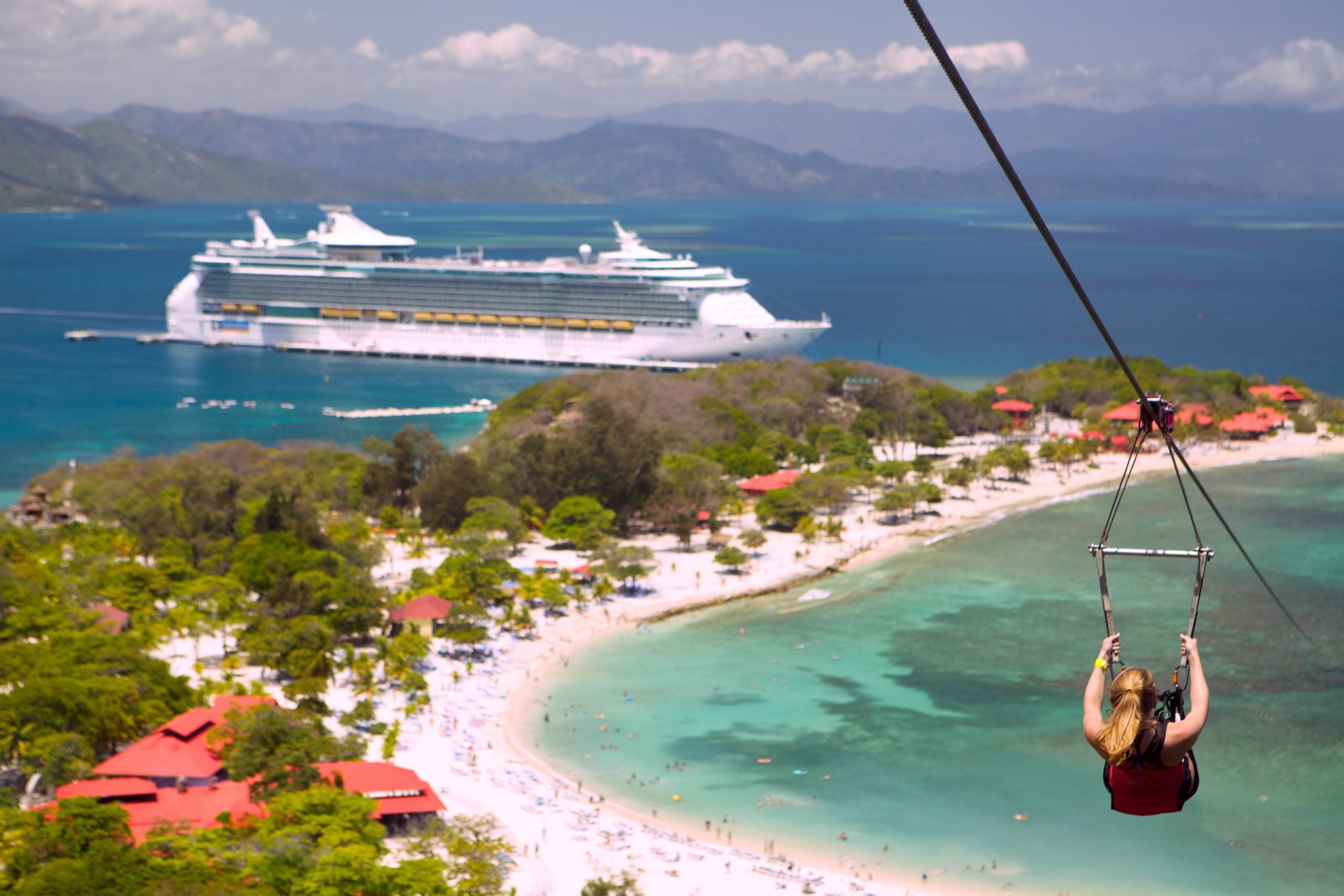 The countdown to the first Royal Caribbean "test cruise" has begun — and it's not too late to volunteer to take part in the sailing.

The world's largest cruise line late Tuesday said it had gotten approval from the U.S. Centers for Disease Control and Prevention (CDC) to operate a test cruise out of PortMiami on June 20, and the line continues to assemble a database of would-be volunteers for the trip and other test cruises that might be on the way.

Volunteers who take part in the test cruise on Royal Caribbean's 3,934-passenger Freedom of the Seas won't have to pay for the trip, which will be a short, "simulated" voyage designed to test onboard safety and health procedures being implemented to limit the spread of COVID-19.

The CDC is requiring such test cruises for any cruise vessel that plans to operate in U.S. waters between now and Oct. 31 without 95% of passengers vaccinated for COVID-19.

Cruise vessels that plan to operate in U.S. waters in the coming months with at least 95% of passengers vaccinated for COVID-19 are exempt from the requirement.

Eager to volunteer for Royal Caribbean's first test cruise? Here's what you need to know:

When and where will it take place?

Royal Caribbean's first test cruise will be a two-night sailing out of Miami starting on June 20. It'll end on June 22.

What will happen on the test cruise?

Royal Caribbean has yet to release a specific agenda for the June 20 test cruise. But guidelines from the CDC call for the testing of new embarkation and disembarkation procedures, medical evacuation procedures and procedures for transferring symptomatic passengers and crew to isolation rooms set up on board the ship.

The CDC guidelines also call for the testing of new procedures surrounding onboard activities such as dining, shows and deck-top recreation.

Per CDC rules, only adults ages 18 and older can participate in a test cruise.

How can I sign up to be a volunteer?

Royal Caribbean is taking names for volunteers through a dedicated web page with a short sign-up form. To be considered, passengers must provide their name, phone number and email address and agree to receive promotional material from the line.

The answer is unclear. As noted above, test cruises only are required for ships that will operate in U.S. waters in the coming months without 95% of passengers vaccinated for COVID-19.

It could be that Royal Caribbean operates most of its sailings out of U.S. ports in the coming months with vessels that require at least 95% of passengers to be vaccinated. Such ships would not need to take part in test cruises.

So far, Royal Caribbean only has announced definitive plans for two ships to restart operations out of U.S. ports in the coming months -- Serenade of the Seas and Ovation of the Seas. Both ships (which will sail out of Seattle to Alaska starting on July 19 and Aug. 13, respectively) will operate with a vaccine mandate for most passengers and thus, in theory, will not need to undergo test cruises.

What are the odds that I'll get picked to participate?

To date, more than 250,000 people have volunteered to participate in a test cruise at Royal Caribbean, and the line will need just a tiny fraction of that number of people for the June 20 test cruise and any subsequent test cruise.

The CDC is requiring that cruise lines operate test cruises with at least 10% of the number of passengers that the ship being tested will carry once regular cruising resumes. Assuming Royal Caribbean hopes to eventually operate Freedom of the Seas at 100% occupancy, that would mean the test cruise only would have to sail with around 400 volunteers.

"There are logistics to figure out, and we will share details once they have been worked through," the statement said. "We look forward to having Volunteers of the Seas be part of the Royal comeback this summer."

Will other lines operate test cruises?

There may be a few, but don't expect many. Several major lines such as Norwegian Cruise Line, Oceania Cruises and Regent Seven Seas Cruises have said that all of their ships would operate between now and Oct. 31 with a requirement that all passengers be vaccinated for COVID-19.

Such ships, as noted above, can operate in U.S. waters without first undergoing test cruises.

Several other lines that recently announced plans to restart cruises out of Seattle to Alaska, including Princess Cruises, Holland America and Carnival Cruise Line, also have announced they would impose a vaccine requirement for those specific sailings.

That said, Carnival is expected to operate at least a few ships in coming months from U.S. ports without a vaccine mandate. That, in turn, would mean that the ships involved will have to undergo test cruises.

Note that many cruise ships that traditionally operate out of U.S. waters are not expected to restart sailings until after Nov. 1, when the CDC's mandate for test cruises ends.

The CDC's requirement for test cruises is part of its seven-month-old Framework for Conditional Sailing Order, which expires on Nov. 1.

Featured image by Royal Caribbean's Freedom of the Seas anchored at Labadee in Haiti. (Photo courtesy of Royal Caribbean)
Editorial disclaimer: Opinions expressed here are the author’s alone, not those of any bank, credit card issuer, airline or hotel chain, and have not been reviewed, approved or otherwise endorsed by any of these entities.