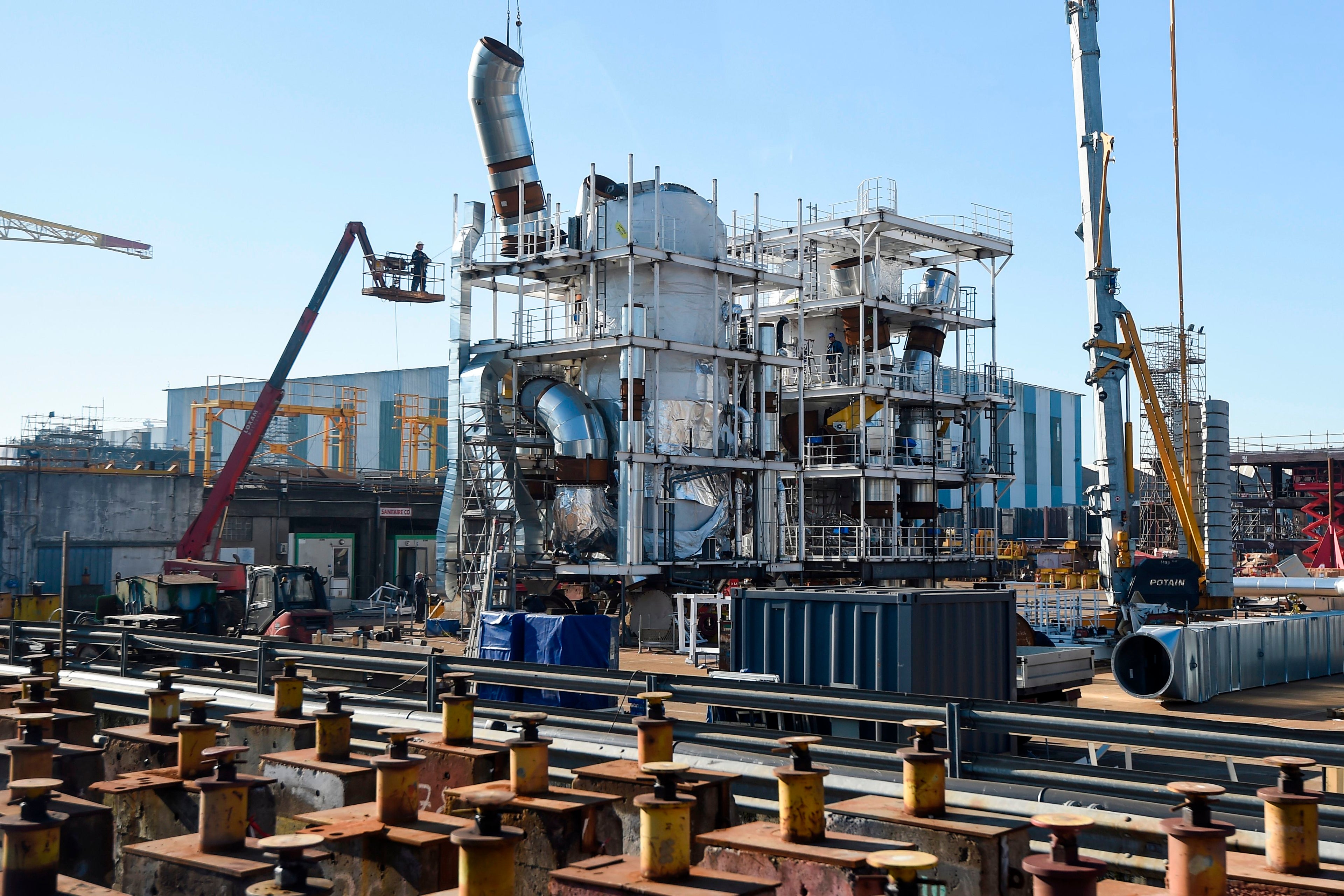 Royal Caribbean Begins Construction on What May Be the World’s Biggest Cruise Ship
This post contains references to products from one or more of our advertisers. We may receive compensation when you click on links to those products. Terms apply to the offers listed on this page. For an explanation of our Advertising Policy, visit this page.

Construction has begun on — you guessed it — a massive cruise ship that could set yet another size record.

This week at the giant Chantiers de l’Atlantique shipyard in St. Nazaire, France, the first piece of steel was cut for a new Royal Caribbean vessel that is expected to be at least a tad larger than the current size leader, Royal Caribbean’s much-ballyhooed, 18-deck-high Symphony of the Seas.

Scheduled to debut in 2021, the as-yet-unnamed leviathan will be the fifth vessel in Royal Caribbean’s groundbreaking Oasis Class series, which first launched in 2009 and includes Symphony of the Seas.

While Royal Caribbean has been coy as to just how big the new ship will be, a top executive at Royal Caribbean earlier this year hinted to The Points Guy that the newcomer (and another Oasis Class ship on order for 2023) are likely to set new size records.

“It’s certainly a moniker that Royal Caribbean owns,” Royal Caribbean’s vice president for product development, Laura Hodges-Bethge, said of the World’s Biggest Cruise Ship title. “When you look at Symphony, it was, I don’t know, a couple metric tons [bigger than its predecessor]?" For these new ships, she said, "I can’t imagine that wouldn’t be the same thing."

Four Oasis Class ships have rolled out since 2009, each a little bigger than the last.

Nearly 30% bigger than the next biggest cruise ships, the Oasis Class vessels have taken the cruise world by storm over the past decade with an array of features that no other line can match.

As TPG writer Darren Murph wrote in November, Symphony of the Seas, which just debuted last year, is home to an almost incomprehensible number of diversions. There are swimming pools, water slides, rock climbing walls, surfing simulators, 42 bars and lounges (plus dozens of restaurants) and even a miniature golf course, ice-skating rink and a basketball court.

With every berth taken, the 228,081-ton ship can be packed with people — up to 6,680, not including crew. But nobody seems to mind. Appealing to vacationers who love big, bustling mega-resorts, the ship and its sisters routinely command premium pricing as compared to smaller vessels on similar itineraries operated by MSC Cruises, Carnival and other mass-market brands.

Royal Caribbean hasn’t revealed details of its plans for the new Oasis Class ship. But in a short press release announcing this week’s steel cutting, it teased “a bold and unexpected lineup of thrilling experiences ...”

The vessel is underway just as other major lines race to catch up with Royal Caribbean in the big-ship game (the line currently accounts for all but three of the world’s 10 biggest cruise ships). Fast-growing MSC Cruises is in the midst of unveiling two ships that will crack the Top 10 in size this year: the 171,598-ton MSC Bellissima and the 181,000-ton MSC Grandiosa.

And rival Carnival Cruise Line will land a ship in the Top 10 for the first time in several years with the unveiling of its new flagship, Mardi Gras, in 2020. Currently under construction at a shipyard in Finland, it’ll measure 180,000 tons. That's around 35% bigger than the biggest ships now in the Carnival fleet.

The Chantiers de l’Atlantique shipyard where the new Oasis Class vessel is being built also built Symphony of the Seas and MSC Bellissima, and is building MSC Grandiosa, too. It’s one of the few shipyards in the world that can handle ships of their size.