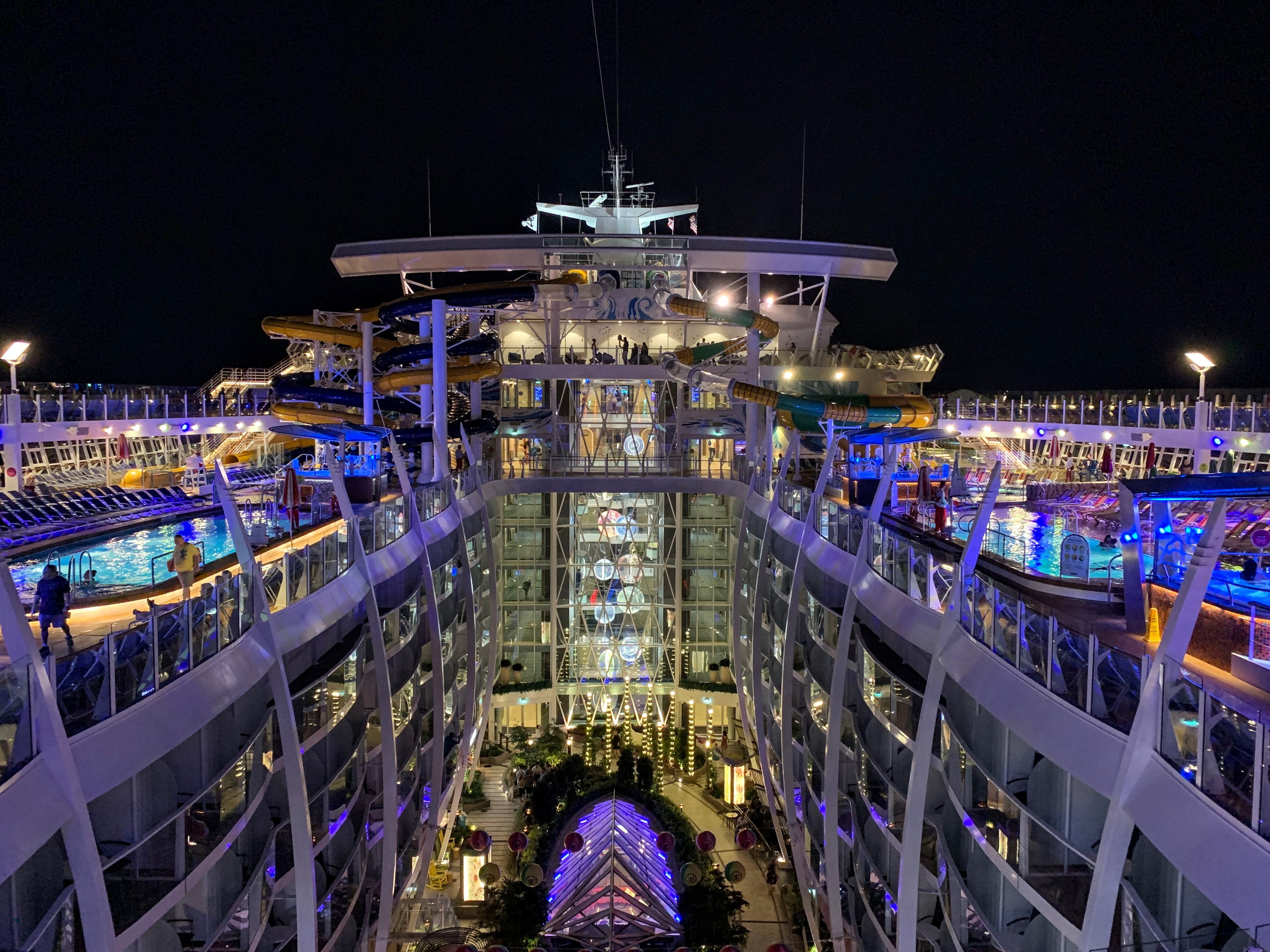 Royal Caribbean Announces What's Likely Another Record-Breaking Cruise Ship
This post contains references to products from one or more of our advertisers. We may receive compensation when you click on links to those products. Terms apply to the offers listed on this page. For an explanation of our Advertising Policy, visit this page.

Get ready for another giant of the seas.

Just 10 months after unveiling the world's largest cruise ship — the much-ballyhooed, 18-deck-high Symphony of the Seas — Royal Caribbean this week unveiled plans for a sister vessel that could be even bigger.

Royal Caribbean said the as-yet-unnamed ship would debut in the fall of 2023. It’ll be the sixth vessel in the line's groundbreaking Oasis Class series, which first launched in 2009.

While Royal Caribbean was coy in its announcement as to just how big the new ship would be, a top executive at Royal Caribbean on Friday hinted to The Points Guy that it’s likely to set a new size record.

“It’s certainly a moniker that Royal Caribbean owns,” Royal Caribbean’s vice president for product development, Laura Hodges, said of the World’s Biggest Cruise Ship title. “When you look at Symphony, it was, I don’t know, a couple metric tons [bigger than its predecessor]? I can’t imagine that wouldn’t be the same thing” for the new ship.

Measuring more than 225,000 gross tons a piece, the Oasis Class vessels are credited with taking big-ship cruising to a new level over the past decade. Aimed at vacationers who like big, bustling mega-resorts, they are by far the biggest cruise ships ever built and famously packed full of all sorts of amusements.

As TPG writer Darren Murph wrote about in November, Symphony of the Seas is home to a dizzying array of pools, water slides, rock climbing walls, surfing simulators, a miniature golf course, a basketball court and an adults-only solarium. And that’s just on its top decks. The inside of ship features dozens of restaurants and bars, Broadway-quality shows, a comedy club, a mall-like promenade and, yes, even an ice-skating rink. There’s also a tree-lined outdoor area called Central Park that’s lined with more restaurants, bars and shops.

In its official announcement of the new ship this week, Royal Caribbean didn’t tip its hand as to what would be on board. But Hodges hinted there will be at least one or two surprises in addition to all of the classic Oasis Class features that passengers have come to love.

“We can’t help ourselves,” said Hodges, who leads the team at Royal Caribbean that works on new ship development as well as new on-board features and products. “At our core, we’re innovators. For us to not put a cherry on top to something that I think is pretty darn perfect from a guest perspective would be unlike us.”

The newly announced vessel will be built at the giant Chantiers de l'Atlantique shipyard in St. Nazaire, France, which also built Symphony of the Seas. It’s one of the few shipyards in the world that can handle the construction of a vessel the size of Symphony of the Seas.

Royal Caribbean said the order for the ship was contingent upon financing, which is expected to be completed in the second or third quarter of this year.