Articles
Stella Shon is a former TPG writer. Based in New York City, Stella is always on the road (or in the air).
Follow
June 17, 2021
•
9 min read 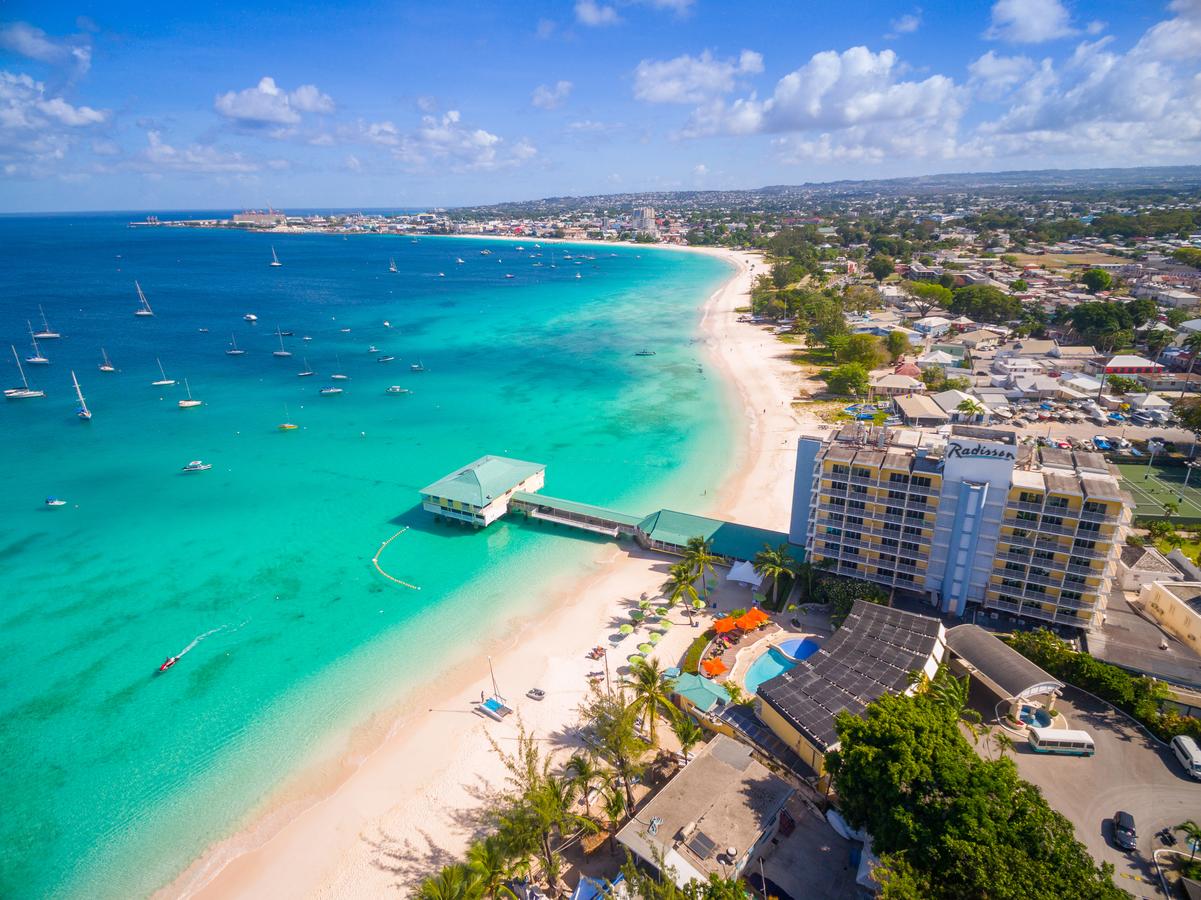 New to The Points Guy? Sign up for our daily newsletter.

It sounds confusing -- and while it is -- this guide will break down all the changes you need to be wary of and what this means for you as a Radisson elite status member.

For those residing in North, Central and South America, their Radisson Rewards accounts (membership tier and points balances) have automatically been converted into Radisson Rewards Americas accounts. Again, this program is now separate from the broader Radisson Rewards program representing Radisson hotels in Europe, the Middle East, Africa, and Asia Pacific.

The reason behind these changes is likely to remain in compliance with changing U.S. regulations. Radisson was acquired by HNA Group and later sold to Jin Jiang International — a company controlled by the Chinese government. The U.S. no longer allows the Chinese government to access certain types of information for U.S. customers. In turn, splitting the loyalty program in two may align Radisson with these new regulations.

You can status match between programs

In other words, if a Radisson Rewards Americas member has Gold elite status via the cobranded Radisson credit card or otherwise, their Radisson Rewards account will also be eligible for Gold status. They'll just need to call for a status match.

Future elite nights will only be earned in one program

Unless this changes, it will make it more difficult to earn Radisson Rewards status under the new programs. I think this is especially detrimental for frequent travelers who spend nights at Radisson properties in the Americas and elsewhere in the world, as they'll need to ensure that one of their two accounts has enough nights to requalify for status. However, having the credit card will continue to be an easy way to retain Gold status in each program, though you may have to call each year to do the match.

Points transfer 1:1 between the two programs

You can only redeem points in either Radisson loyalty program for nights in its respective jurisdiction.

This is a nice workaround for these split programs, but it may confuse the vast majority of members. At the end of the day, it's an extra step that Radisson members will need to take before they can redeem their hard-earned points for an award night outside of their locale.

Radisson Rewards Americas has a new award chart, and there are clear winners and losers with this coming change.

That said, this is a double-edged sword since standard nights that used to cost 9,000 points per night at the entry-level tier will now cost 15,000 points per night. This is a substantial jump for lower-end properties like Country Inn & Suites, where the cash rate is already low. So in some cases, you're now better off paying cash for these nights instead of spending more points.

Related: 7 jaw-dropping Radisson hotels and how to book them on points

New RewardSaver program will let you save points on some nights

Some good news amidst all the change is that there will be a new RewardSaver program. These awards will offer a 30% discount on awards at specific properties around the Americas. This will be available for standard, premium, and points + cash redemption rates.

In other words, Radisson says this is just the good side of dynamic pricing and award rates can only get lower on certain dates but won't go higher than the award chart.

Radisson has told TPG that every hotel in the Americas will have these discounted awards available at some point but that some may have more scarce availability than others. Additionally, these member-only redemption rates can happen anytime and anywhere and aren't dependent on pre-determined peak or off-peak dates, meaning you could potentially score a great deal with these new RewardSaver rates.

Based on a random search of Radisson hotels in North Carolina, it looks like the website isn't clear if something is a RewardSaver rate until you click on the actual hotel. For example, I clicked on the Country Inn & Suites in Dunn, N.C. because it's offering rates as low as 10,000 points for the randomly selected dates.

Once you click "See Rooms," you can clearly see that this is a RewardSaver rate. It's odd that, at the time of writing, Radisson wouldn't make this clearer during the search process, making this yet another tedious change of these new updates.

Related: How to pick the right hotel chain for you

All in all, these changes are a mixed bag. Radisson splitting its program in two is confusing among Radisson Rewards members and will require extra work for global travelers. While I understand that Radisson needs to comply with U.S. regulations on China to continue operating a loyalty program within the U.S., it seems like a very complicated route to take — especially for elite members.

For those traveling abroad frequently, splitting elite status qualifications between Radisson Rewards Americas and Radisson Rewards is a massive disappointment. It will now be harder for these members to achieve their elite status tier as they must earn enough rewards nights in one of the two programs to requalify. On the other hand, the new award chart will benefit some and hurt others.

Those who frequently redeem for mid-and top-tier hotels may see some of their favorite properties go down in price under the new award chart. Those who redeem for budget properties may end up with higher redemption rates. There will be a few winners in the middle. In light of devaluations and a trend toward dynamic pricing across the industry, we're glad to see Radisson is retaining an award chart and not introducing an even-pricier peak demand pricing tier.

The one change that's positive for everyone, however, is RewardSaver nights. These awards essentially introduce the best part of dynamic pricing — lower-cost hotel rooms — without the negatives. However, in my initial search of hotel nights, it's not clear which hotels offer RewardSaver nights until you click on the actual property -- which can be a nuisance for many. Stay tuned to TPG as we'll offer a full analysis on RewardSaver awards and if these are popular destinations that are actually useful for members.

Featured image by Radisson Aquatica Barbados (Photo courtesy of booking.com)
Editorial disclaimer: Opinions expressed here are the author’s alone, not those of any bank, credit card issuer, airline or hotel chain, and have not been reviewed, approved or otherwise endorsed by any of these entities.