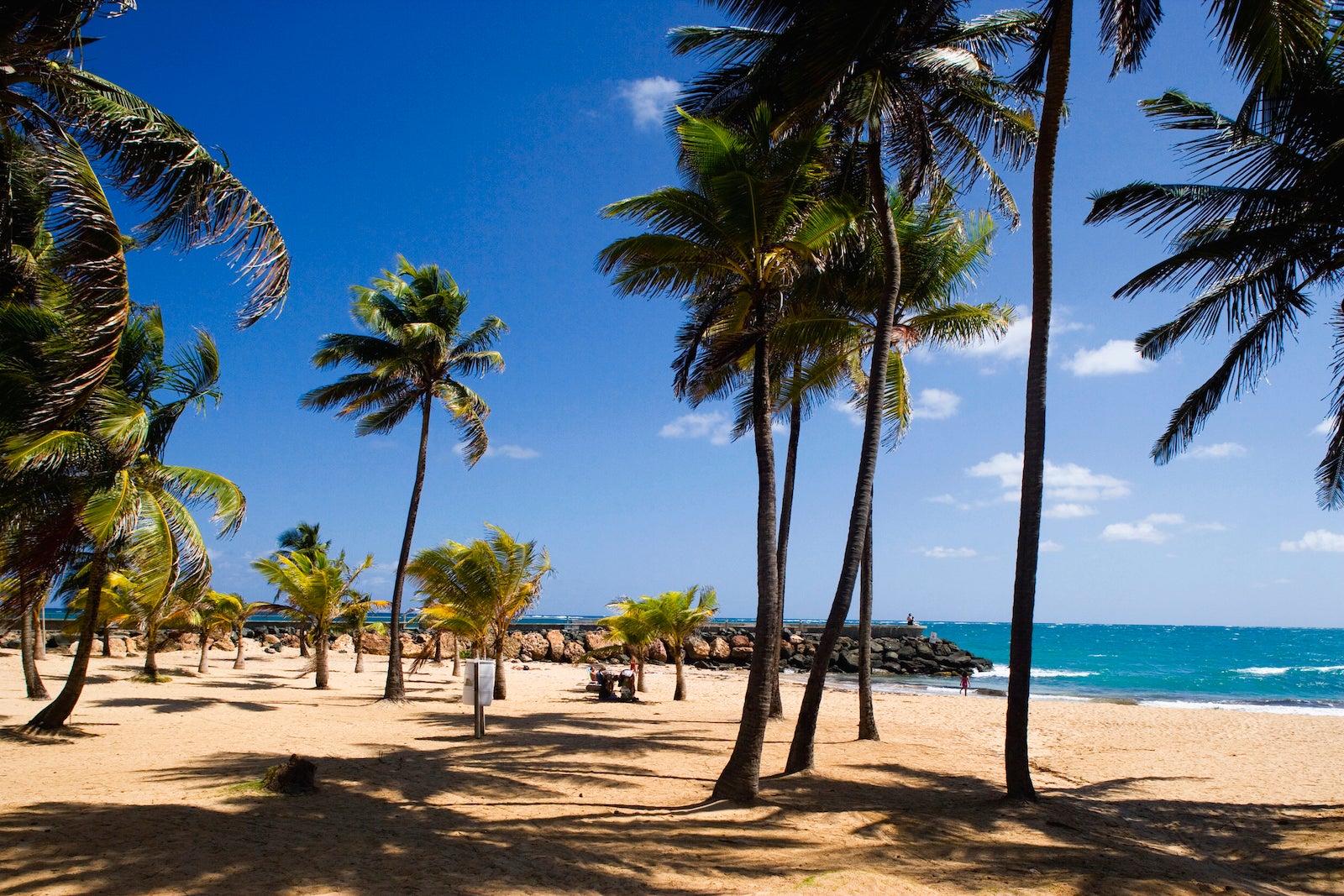 Three weeks after Hurricane Fiona made landfall in Puerto Rico, tourism officials there are pledging solidarity with those affected by the storm’s heavy winds and rain, while also striving to make it clear that the island’s biggest hotels, resorts, airports, cruise ports and tourist attractions are open, functioning and safe.

It’s a delicate duo of messages to share, no doubt. After all, the storm caused massive damage in parts of the U.S. territory, damaging homes and infrastructure, and knocking out power and water to many.

“I don’t want to candy coat it or understate it,” Brad Dean, CEO of the island’s official tourism organization, Discover Puerto Rico, said of the storm’s lasting effects.

At the same time, he’s quick to draw a distinction between Fiona and Hurricane Maria, the category five storm that made landfall nearly five years earlier to the day, prompting a recovery that continues today.

He’s leaning on that distinction as he voices empathy for those facing a long road ahead because of Fiona, while simultaneously hoping to ensure those considering trips to Puerto Rico — or with trips already planned — stay the course and visit.

Any conversation about vacations, beaches and tourism is secondary to a discussion about the human impact of Hurricane Fiona.

Particularly in the western and southern parts of Puerto Rico, people face a significant storm recovery; a mode with which so many are all too familiar after the last half-decade following the devastation caused by Maria in September 2017.

As of last week, workers had restored power to 93% of the island, and water service to 98%, according to numbers shared by Puerto Rico Governor Pedro Pierluisi.

In a territory of 3.2 million people, though, that meant hundreds of thousands of people still did not have electricity and tens of thousands were without running water.

Wind and flood damage fueled by Fiona also temporarily paused, complicated or expanded the scope of projects already in the works due to Maria, leading the federal government to widen a disaster declaration and pledge additional funds to assist in the rebuilding efforts.

What makes a storm’s aftermath all the more costly, though, is when the ramifications extend far beyond that of the wind and the rain. And it’s on that front, tourism officials hope to avoid longer-term consequences from this storm.

The widespread devastation from Hurricane Maria did a lot more than destroy businesses, homes and the power grid. The immediate devastation and suffering brought on by the storm were compounded when another reality set in: Given all the damage to hotels, attractions and the destruction of San Juan Airport (SJU), tourists — with all the money they bring in and jobs they support — could not easily visit.

That meant Puerto Rico was without one its major economic drivers.

Three weeks after Fiona’s landfall, though, Dean is cautiously optimistic that the aftermath of this storm will be different.

“This has turned out to be a setback, but not a reset,” he told TPG.

Flights were able to begin taking off and landing again at San Juan Airport and others across the territory shortly after the storm.

Furthermore, Puerto Rico’s cruise ports are back open and, according to the storm updates page on Discover Puerto Rico’s website, “Most hotels, restaurants, golf courses and venues are operating normally.”

Specifically, Dean said major hotels and resorts are back on the power grid, even in outlying parts of Puerto Rico.

The organization’s site also mentions the island’s beaches and national parks, along with destinations like Old San Juan, La Placita de Santurce, Carabali Rainforest Park, Castillo San Cristobal and others are back open for business.

“When you step back and look at the impact [of Fiona]” Dean said, comparing the storm’s broader effects to those seen five years ago with Maria, “The only comparison is that they both happened in the month of September.”

Discover Puerto Rico has been sharing photos of properties, date-stamped to show the current state of operations, like this image of the Embassy Suites by Hilton Dorado Del Mar Beach Resort taken on Sept. 26, 2022. The hope is that images will help make clear that resorts are, in fact, able to take guests now.

But he also acknowledged that in the wake of a major storm, would-be visitors might need a bit more convincing to come; and he’s ready to make his pitch.

Dean's confidence that Puerto Rico is “truly ready to welcome tourists back,” as he said to TPG, stems from the fact that a majority of tourists arrive and branch out from the San Juan metropolitan area on their trips.

Sure, hotels are open; but what might visitors notice as far as damage off-property?

“If you’re arriving into the San Juan metro area, you won’t even realize that we had a natural disaster weather event in the last few weeks,” he said. “If you were to drive out into the outlying areas, you’ll see where there has been some flood damage.”

He noted, though, that even some of those locations are beginning to see businesses reopen.

The message seems to be spreading, with cruise lines affirming their schedules for this fall, Dean said, and no major meetings or conferences for the upcoming months canceled.

Certainly, if you’re considering or planning a visit, you’ll want to double-check with your specific resort on its operating status to be safe.

However, that continued momentum comes as a relief after the long-lasting economic ramifications stemming from Maria. The island saw record tourism numbers in 2021 and has been on pace to break that record this year.

Dean sees it as a sign that the island has come a long way over the last five years.

“As I look back now,” he said, “I’m realizing how much progress the island has made not just in our ability to prepare, but to respond.”

Puerto Rico again faces a significant road to recovery following Hurricane Fiona, particularly in the southern and western parts of the island.

As that recovery ramps up though, officials want tourists to understand that they should be able to take their trips as planned. In fact, tourism officials hope they will.

In the meantime, there are many ways to help storm victims affected by both Fiona and Ian, in both Puerto Rico and Florida. With so many looking for ways they can assist in the aftermath of the storm — and there are many ways you can help — one such way, Dean points out, is to visit the island and spend money.

“There’s no better way to help the people in Puerto Rico than to schedule or continue a vacation,” he said. “There’s no need to worry about whether Puerto Rico’s ready.”

Featured image by ATLANTIDE PHOTOTRAVEL/CORBIS DOCUMENTARY/GETTY IMAGES/GETTY IMAGES
Editorial disclaimer: Opinions expressed here are the author’s alone, not those of any bank, credit card issuer, airline or hotel chain, and have not been reviewed, approved or otherwise endorsed by any of these entities.