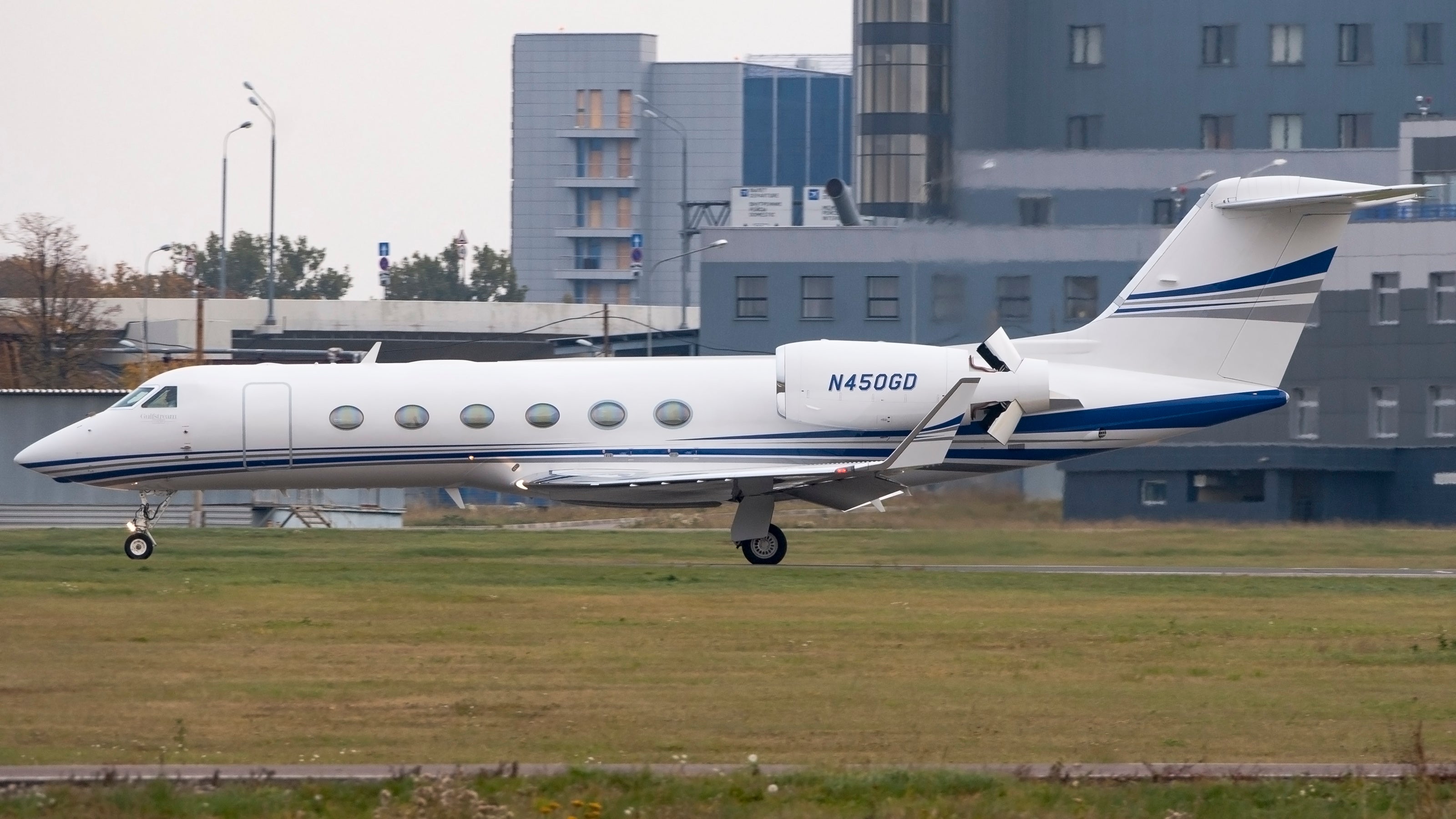 Update 8/21 3:52pm ET: The Gulfstream Aerospace GLF-4 aircraft landed safely at New York's Stewart Airport (SWF). There were no smoke or sparks upon landing, and there were seemingly no injuries on board.

Update 8/21 2:35pm ET: The aircraft is now reportedly being diverted to New York's Stewart Airport (SWF), though the aircraft is still burning fuel over Connecticut.

According to Twitter account @CivMilAir, the aircraft is registered as N101CV. The Federal Aviation Administration's website details that N101CV was built in 1993. Its registered owner is SMB Aircraft LLC, which is located in Florida.

A private aircraft blew out two of its tires upon takeoff from New Jersey's Teterboro Airport (TEB).

"The flight crew cannot know if the tire has caused any additional damage to the airplane," pilot John Cox wrote about the situation for USA Today. "In some cases the landing gear is left extended to prevent the tire casing (if it is still attached) from becoming lodged in the wheel well. The more conservative action is to return to the departure airport for landing."

The Gulfstream Aerospace GLF-4 aircraft was carrying 16 people, including famous rapper Post Malone according to Pitchfork, when it took off for London Luton (LTN), at 10:50am ET on Tuesday. The pilot noticed during takeoff that the front tires of the landing gear blew out and requested an emergency landing at Teterboro.

The plane, however, was rerouted to Westfield Barnes (BAF) and was circling to burn off fuel in order to make a safer landing, as shown on the FlightRadar24 flight path, which you can use to track the plane here. TMZ reports that the plane had 3,700 gallons of fuel to burn.

Witnesses at BAF said that emergency crews were gathering to meet the plane on the runway.

We will continue to monitor the aircraft and update this story.