Road trip, Portugal edition: 5 ways to make the most of a drive between Lisbon and Porto

Articles
Chris Dong was a reporter at The Points Guy, where he covered the intersection of credit card rewards and travel.
Oct. 16, 2021
•
7 min read 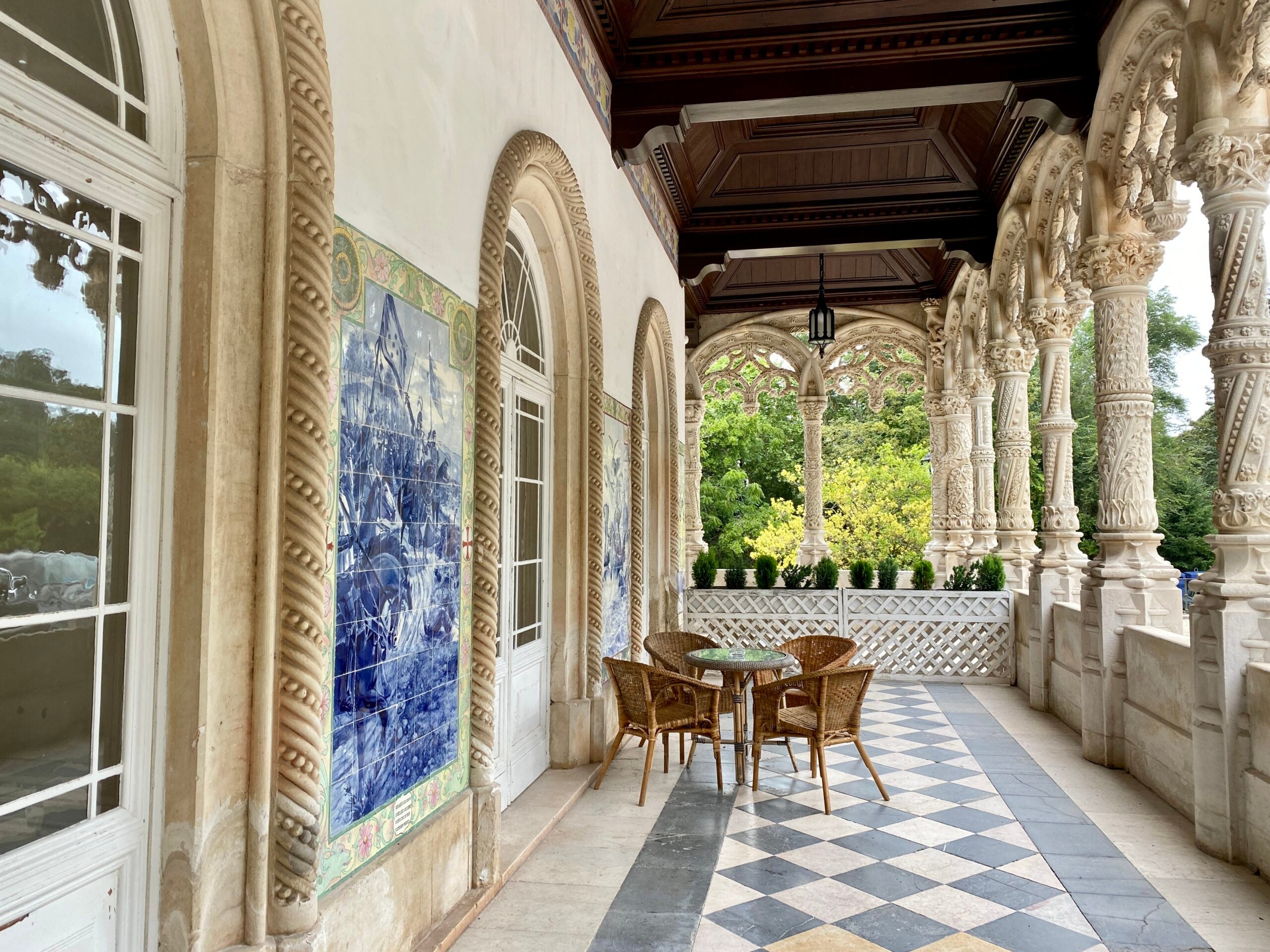 While I am no stranger to road trips, a European version, until now, has been foreign to me.

Earlier this year, I completed a 2,000-mile Southwest U.S. adventure in a Mustang. And growing up, my family would regularly make the drive between New Jersey and Florida.

But exploring Portugal's major cities – as well as its nooks and crannies – by car has always been on my to-do list. I was excited to recently go on my first European auto adventure, between Lisbon and Porto.

Related: The 10 most frequently asked questions about my visit to Portugal

Portugal has a fairly robust train network, but I wanted to do this trip on my own terms, free from train schedules. Plus, the pandemic has created a renaissance of sorts for the classic road trip as a safe, clean way to get back out in the world.

Here are five things you should know if you're planning a Portugal road trip, including my itinerary between the two cities.

Don't cram too much into your itinerary

There are many options when it comes to a Portugal road trip.

Do you want to start in Lisbon and head south to the Algarve coast? Perhaps you want to begin in Porto and go north to the vineyards of the Douro Valley? Or like me, maybe you want to experience two of Portugal's biggest cities – Lisbon and Porto – and stop at a few notable sites along the way.

Whatever you choose, don't cram too much into your itinerary. I was guilty of this on my trip and ultimately had to cut out a couple of destinations while already en route.

Looking at a map between Lisbon and Porto, you can take a slower seaside route or a faster highway alternative.

Since I only had a few days to cover the journey (in addition to reviewing hotels), I went with the major highway. But even then, I wanted to stop at several cities closer to Lisbon, and frankly, I planned too much. Don't make the same mistake I did.

Cascais and Sintra are both worth a visit when you're in Lisbon. They're popular day trips from Portugal's capital and easily accessible by car or train.

Unfortunately, I made the rookie travel mistake of trying to cram in both locales on the same day. Cascais and Sintra are only 30 kilometers from Lisbon each, but not in the same direction. After a morning and early afternoon at the upscale beachside town of Cascais, I tried to visit Sintra and its medieval attractions later in the afternoon.

Due to traffic and a late start, we missed seeing Sintra's famed castle, Castelo dos Mouros, because it was closed by the time we arrived.

European cities weren't built with cars in mind – and updates to infrastructure and urban planning can only go so far.

While driving outside of the cities was a piece of cake, I would not recommend using your car in the main historic centers of Lisbon and Porto. Both areas are highly walkable, and you don't need a car when visiting either one.

I picked up my rental car on the last of three days in Lisbon before starting the journey north to Porto. The drive through the streets to my hotel was a bit harrowing, to say the least.

And the parking garage at the Moxy Lisbon City had the tightest space I've ever had the pleasure (or displeasure) of experiencing.

Take day trips that are only easily accessible by car

Instead of taking the car out to go to Cascais or Sintra as a day trip from Lisbon, two spots easily accessible by public transportation, use your car to go to more off-the-beaten-path locations.

For instance, I visited Galapinhos Beach, about an hour south of Lisbon and part of Arrábida Natural Park. This is one of the most picturesque beaches in Portugal, and some locals even say it's better than the touristy Algarve.

I also made a stop in the sleepy seaside fishing village of Alcochete, about 40 minutes by car from the center of Lisbon.

My friend and I were probably the only tourists in the entire town and we enjoyed some of the freshest seafood all of Portugal has to offer.

1 of 2
Alcochete is a great day trip option from Lisbon. (Photo by Chris Dong/The Points Guy.)
0
1

While on the road, you'll eventually have to fill up the tank (or recharge your batteries).

I was impressed with Portugal's rest areas along the major highways. They had a full suite of amenities, a variety of fresh dining options and best of all, clean bathrooms.

And of course, it's not a complete road trip without some (thankfully minor) roadside issues. When my rental flashed a warning about low tire pressure, I had to make an extra stop at a rest area.

Not only was the air pump for the tire free, but the directions to do so were also clearly given in both Portuguese and English. That's a lifesaver for city dwellers like me who are, admittedly, uninformed about the world of cars.

While this is more of a personal choice, my journey to Portugal was intended to be an ideal blend of city and nature.

And that's exactly what I did. I took advantage of having a car to see the country's oceanside beauty and immerse myself in lush forests and dramatic cliffs. I also experienced the medieval town of Coimbra, the metropolis of Lisbon and the impressive history of Porto.

Related: How 2,000 miles, 4 national parks and a $10 rental car made me love the great American road trip

Here was my original plan:

*Due to timing, I missed out on most of my planned sightseeing in Sintra, and I had to cut a stop in Aveiro.

Overall, I had an amazing eight-day drive in Portugal between Lisbon and Porto.

My itinerary is just one iteration of an endless number of possibilities for a Portuguese road trip. From rugged cliffs at the westernmost point of continental Europe (Cabo Raso Lighthouse) to perhaps the most beautiful forest in all of Portugal (Bucaco), there are myriad spots that you can see only by car.

Of course, the start and end points – Lisbon and Porto – were highlights in and of themselves.

You can't go wrong with a visit to Portugal.