Articles
Darren Murph holds a Guinness World Record as the planet's most prolific professional blogger. He's an explorer at heart, having traversed nearly 50 countries and all 50 US states. He's flown over one million miles on Delta alone, and serves as a senior writer at TPG.
Follow
Feb. 22, 2019
•
5 min read 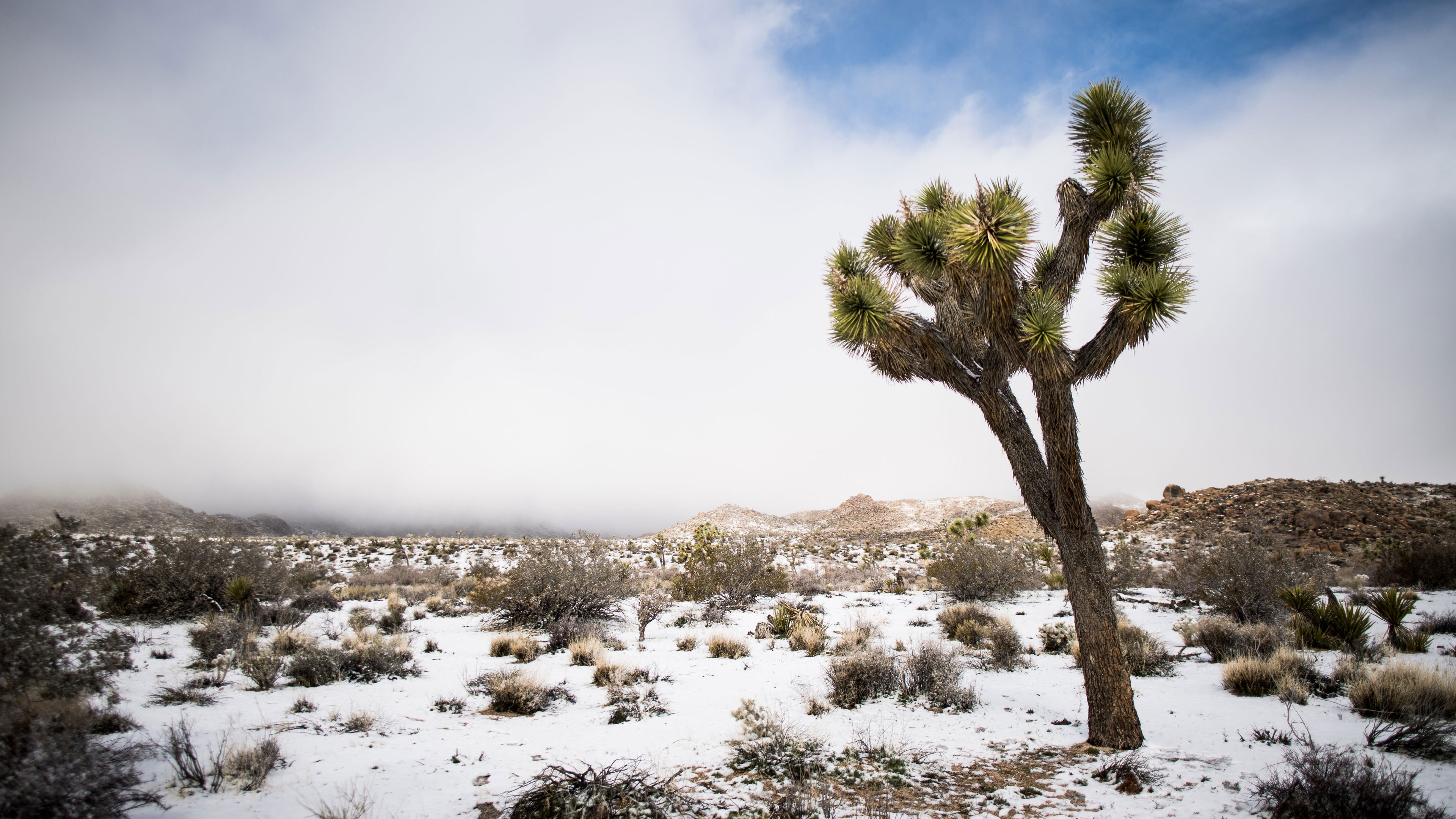 Photos: Joshua Tree Becomes Winter Wonderland After Rare Snowstorm Blankets Park
This post contains references to products from one or more of our advertisers. We may receive compensation when you click on links to those products. Terms apply to the offers listed on this page. For an explanation of our Advertising Policy, visit this page.

Joshua Tree National Park in California receives under six inches of rainfall per year on average, which isn't surprising given that it's in the desert, and becomes one of the hottest places on Earth during the summer. Snow is exceedingly rare — in fact, the stated average for this part of the world is zero.

Yet, a rare snowstorm settled over the park last night and dumped several inches.

Temperatures then remained at or below freezing for most of the morning, giving those nearby a very special opportunity to see one of the most beautiful parts of the country blanketed in white.

Locals and tourists alike trickled into the park shortly after sunrise, where no park agents were on hand to collect fees at the entryway.

The park's website was updated to indicate that due to snow and standing water, all dirt roads were closed.

Certain parts of the park were smothered with fog, creating an unusual mystique in an area where visibility is routinely excellent.

When the sun peeked through, it created dramatic contrasts. Storm clouds loomed while the sun gleamed off of snow-covered fields of Joshua trees.

Roads were clear, though, enabling passersby to easily cruise through the park and gawk.

While Joshua Tree National Park was amongst the hardest hit during the US government shutdown, my visit was heartening.

Each restroom and campground I stopped at was clean and pristine, as I'm used to seeing. While there are Joshua trees that have been cut or damaged deeper in the park, it's clear that NPS employees have been hard at work restoring.

It's worth reminding those who appreciate places like this of the value in an annual pass.

For $80, the America the Beautiful pass gets you into all national parks and recreation areas for a full year, and those funds are used to further preserve, protect and restore fragile lands for public enjoyment.

While temperatures were low, excitement was high throughout the park. I spoke with several tourists who were in awe of how different the landscape felt when frigid and covered in snow compared to its usual sunny self.

I also put the Doona Infant Car Seat to the test, and while it's probably not certified for use in the snow, it managed to handle the elements with aplomb.

It's unlikely we'll see Joshua Tree covered in white for some time to come. Within a week, temperatures in the park should reach upwards of 70 degrees. Thankfully, I was in the right place at the right time to catch it donning its finest winter attire.

All photos by Darren Murph / The Points Guy.