Meet the Doona: The car seat that converts to a stroller in seconds

Articles
Summer Hull , aka Mommy Points, ran the Mommy Points site for families who want to travel more for less using miles and points for seven years. She now heads up a variety of special projects at TPG when she isn't exploring the world with her own two girls.
Follow
Jan. 30, 2019
•
6 min read 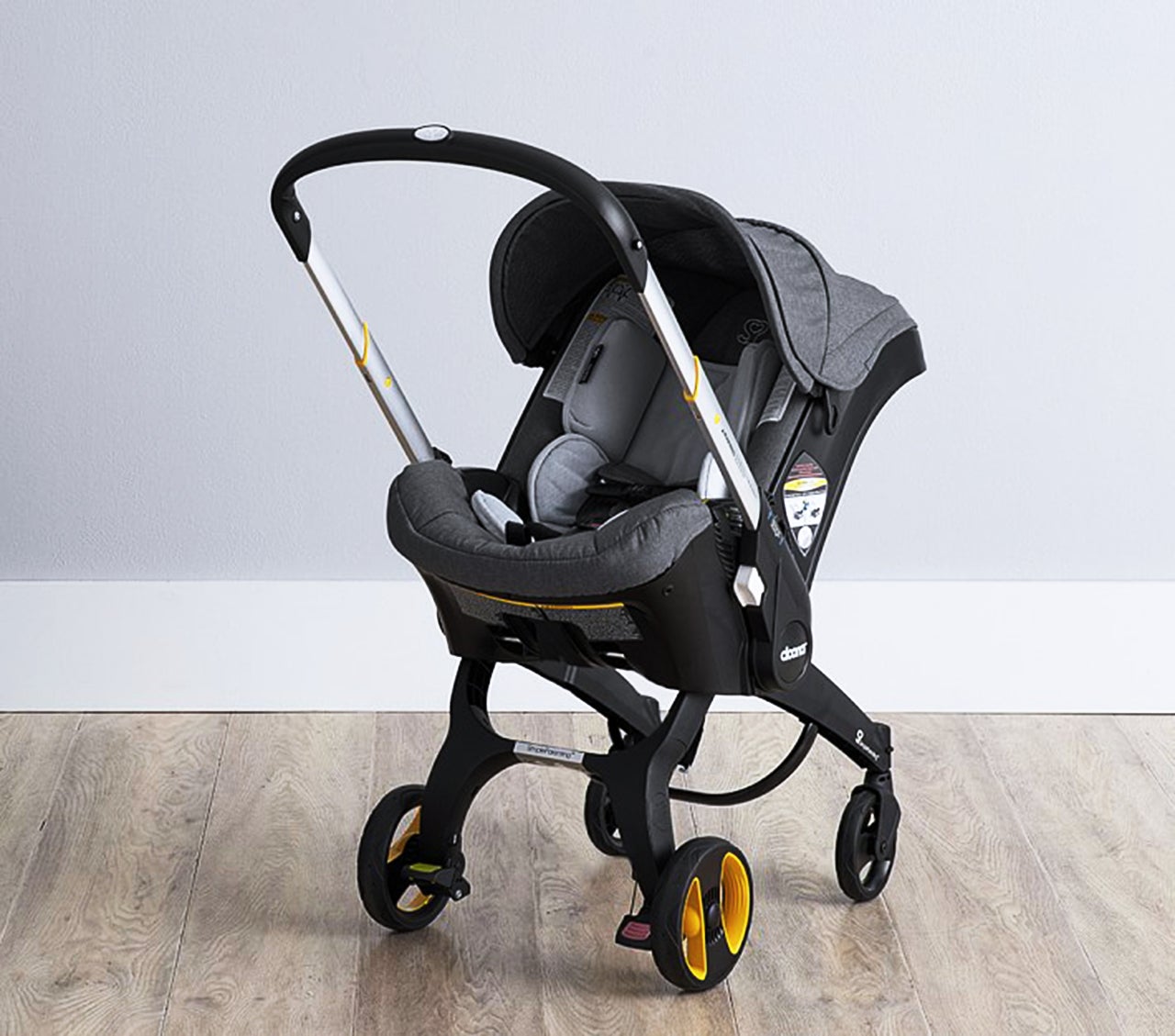 Most parents with babies and young children are desperate for any gear or gadget that can truly make their lives easier and their babies safer.

There's a ton of baby gear out there that isn't really life-changing, but then there is the Doona. When it was introduced in 2015, the Doona became a game changer for both traveling families and those who keep their travels closer to home.

It's an infant car seat, but it can shoot out wheels and become an infant stroller in a matter of seconds. It's the kind of thing a parent may dream of when lugging a heavy infant seat by its handle -- but this isn't a dream, it's very available and quite real.

Years ago, when our first daughter was an infant, we lugged around one of those bulky infant car seats on our arms like everyone else did when we would move her in and out of the car, go into restaurants, etc.

This was especially the case if we were lucky enough that she was sleeping and we didn't want to disturb her. When we would travel, there was always a bunch of gear that would have to go with us if we weren't planning on holding her the whole time.

But with our second daughter, the Doona was newly available. While it was a big investment at $500+, I rationalized it since we were reusing a bunch of other large and pricy items such as the crib, jogging stroller, clothes and even cloth diapers. This one splurge was OK. Boy, am I glad we made that call.

We are beyond the infant stage now, but the Doona was indeed the game changer I hoped it would be in that first year. In fact, almost every time we would use it, people would stop us to find out what it was and how to get one -- I always joked I should become a Doona rep because it was a showstopper everywhere we went.

The Doona is certified by the US and EU regulatory bodies for use as a car seat, approved for use on airplanes (assuming you have a seat for your infant), has side-impact protection, the materials are free of chemicals and it comes with things like an infant insert for use for the smallest of babies starting at 4 pounds.

The Doona is said to fit babies up to 35 pounds and 32 inches long. My daughter outgrew it at a little over 1 year old. She was well under 35 pounds, but she became too long for the seat by 12 to 15 months.

The Doona is undeniably heavy at around 16 pounds plus the weight of your baby, but that isn't a huge deal since you aren't carrying it around most of the time. You do have to lift it in and out of your car (and my car does have a ding or two from misfires), but you aren't carrying it for long distances as you might a traditional infant carrier. It can work with the base and a vehicle's LATCH system, or simply be utilized with just the seat belt. When we used the Doona in cabs and Ubers on our travels, we would just use the vehicles' seat belts.

How to Use the Doona Infant Car Seat Stroller

I will readily admit that converting the Doona to and from stroller mode took a few tries to master.

But once you get the hang of it, it is quite simple and makes you feel like a parenting Houdini. Here is a flashback (low-budget) video of my youngest in the Doona where I demonstrate what it's like to convert the Doona from car seat to stroller mode and back again.

The Doona was great at home for running errands and such, but it earned its keep on trips. The age-old parent struggle of how to keep your child safe in cars on the road without carrying a traditional car seat into every stop you make is solved with the Doona. Having raised one child without this device, it was so amazing having baby gear that transformed from an infant car seat into a stroller with just the push of a button.

The Doona worked just fine for getting through the airport, stores or city sidewalks, but it is not the stroller I would use for a full day at Disney World or on a dirt path. I also recommend getting a cover for the Doona if you plan to gate-check it on your next flight to keep it as protected as possible.

Where to Buy the Doona Car Seat

At around $500+, the Doona is expensive, so you want to be smart with how you make the purchase to both maximize and protect it. You can typically buy the Doona at places like Amazon.

Because of the large cash outlay, I recommend using a credit card that has some built-in purchase protections if you can. Outside of that, here are the best cards to use on Amazon purchases.

While my baby is no longer a baby, I remain a huge fan of the Doona Infant Car Seat. And in fact, it's the stroller that TPG's founder and CEO, Brian Kelly, has purchased for his first baby.

Whether you travel around the world or just around your town with your baby, the Doona gets five stars from this picky mama.

Featured image by Doona All in One Infant Car Seat Stroller. (Photo courtesy of Doona)
Editorial disclaimer: Opinions expressed here are the author’s alone, not those of any bank, credit card issuer, airline or hotel chain, and have not been reviewed, approved or otherwise endorsed by any of these entities.