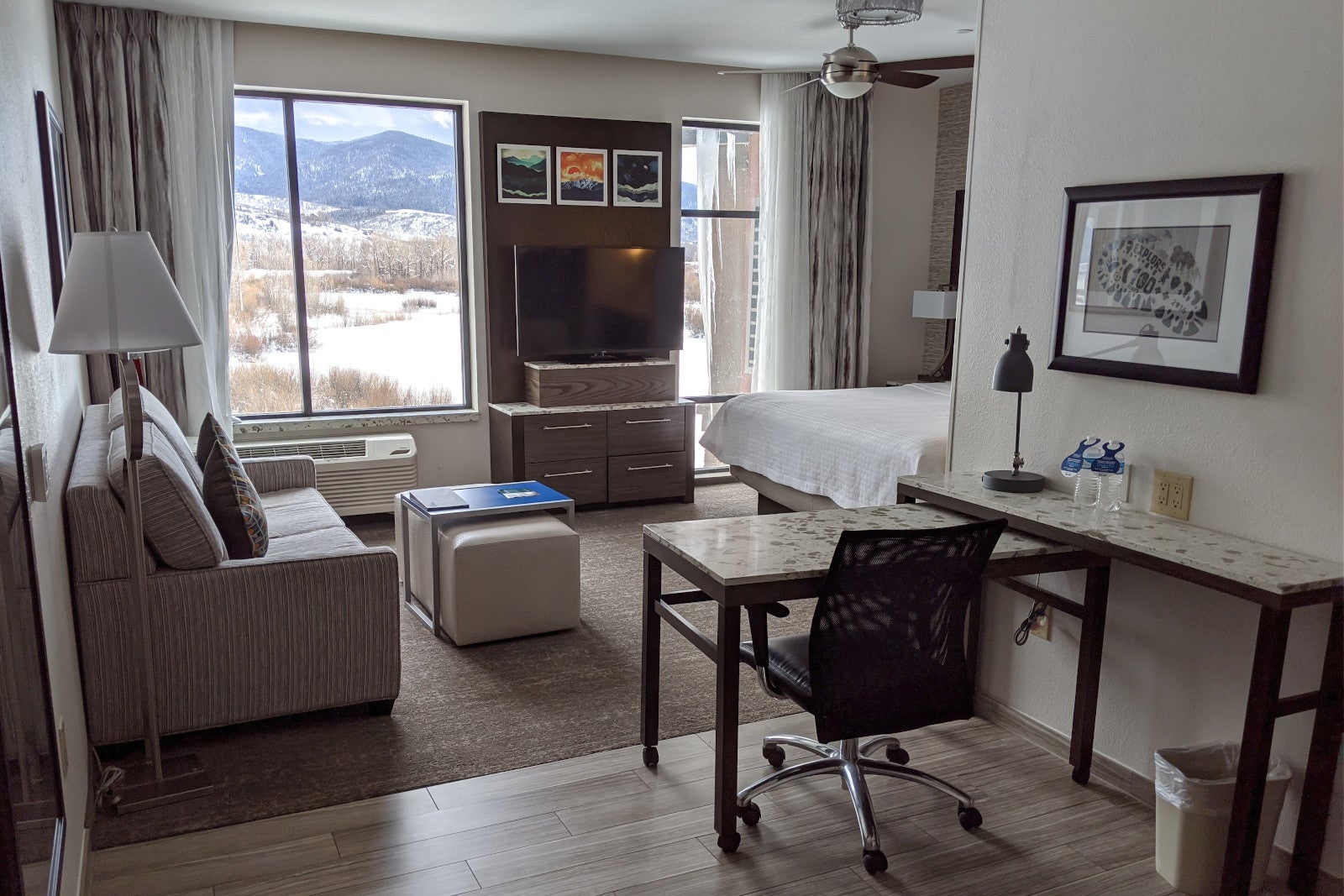 Terrance Kenny recently booked a room at the Homewood Suites by Hilton Bridgewater/Branchburg for himself and his mother for a wedding.

Nothing fancy: A clean, quiet room for a seemingly reasonable price of $150 per night — or just $170 with breakfast for two. Kenny opted to purchase the rate that included breakfast, and that’s when the problems started, he said.

Feeling like he’d been overcharged, he informed the hotel and requested a refund. He says the hotel was sympathetic but said their hands were tied and suggested he reach out to the online travel agency (OTA) he’d booked the room with, the Toronto-based SnapTravel.

What followed, Kenny says, was a back and forth exchange between the company and himself that resulted in lost money and a sour taste in his mouth.

But Kenny’s experience is why travelers -- particularly during the ongoing COVID-19 pandemic -- may want to think twice before booking through an OTA website.

Kenny's experience underscores exactly why travelers need to know what perks come with their reservation, regardless of whether they book through an OTA or go direct.

For instance, Homewood Suites is a member of the Hilton Honors portfolio. It’s an option for travelers seeking an extended stay in need of all the comforts of home. Rooms typically feature a fridge, kitchen, bedroom and living room in every suite.

In Kenny’s case, he could have saved at least $20 by either booking direct or eschewing the breakfast add-on altogether, as breakfast at Homewood Suites properties is automatically included in the bill.

Plus, if he had booked direct and were a Hilton Honors elite member, he would have gotten complimentary breakfast here anyway (as at all other Hilton properties).

If you're not sure what to expect from a hotel stay, consider calling the property in advance.

When Kenny realized his preferred hotel for the wedding was booked solid, he found a cheap rate for the Homewood Suites through SnapTravel. He said he felt comfortable booking through the OTA because the user experience was “painless.”

But after discovering what he says were discrepancies with the amount that he paid, he reached out to the hotel, which suggested that he contact the OTA instead.

SnapTravel assigned his case to an “amendment team” who said they’d reach out in two to three days. The OTA then emailed Kenny and said they’d contacted the hotel, which stated that the charges he incurred were correct and said its decision was final. Now, Kenny says he’s lost $40.

TPG reached out to SnapTravel for comment but did not hear back in time for publication.

“None of this is about the money to me,” he told TPG. “The deception and dishonesty [are] infuriating.”

Downsides of using an OTA

If you value your elite status or are trying to requalify, you may want to avoid booking through an OTA. That’s because you’ll usually lose out on loyalty earnings, such as elite night credit or points. Additionally, hotel loyalty benefits, such as complimentary breakfast or late checkout, typically aren’t included when you book through an OTA instead of directly through the property.

But the most critical downside to booking with an OTA is that it serves as a middleman between you and the hotel.

Early in the pandemic, horror stories from travelers who booked through an OTA garnered a lot of attention. Some OTAs put travelers on hold for hours. Others made it challenging to secure refunds. And some, like BookIt.com, went under.

Booking through an OTA adds an extra layer of complexity to your travel plans. Even if you reach directly out to the hotel, the property will often send you back to the OTA where you booked your reservation. This becomes bothersome if you have to change or cancel a reservation or, in Kenny’s case, have a problem with your bill.

But even with the hassle, it sometimes does make sense to book through an OTA versus directly with the property.

Perks of using an OTA

I’m personally a fan of booking through OTAs, but only if the price and travel circumstances make sense.

I’ve found that booking through an OTA makes the most sense if I have close-in travel plans (such as a recent trip to Turks and Caicos) because there are rarely concerns about last-minute cancellations.

Additionally, I’ve found that so-called “mystery bookings” shave a significant amount off an otherwise pricey hotel if booked days, or even hours, before a trip.

If you're traveling to a destination like Turks and Caicos where there aren't many hotels -- and even fewer chains -- you may not have the option to earn points or take advantage of elite status.

I browsed several online travel agencies (OTAs) before Hotwire caught my eye. Hotwire has a feature for travelers called “Hot Rates" that can translate to significant discounts over booking directly through the hotel — including stays at high-end properties. You can pick your hotel location, room type and star rating, but Hotwire selects the actual hotel.

There are also times when it makes sense to book through a non-direct option -- particularly if you're booking through the Fine Hotels & Resorts program.

This program, available through American Express' premium cards such as The Platinum Card® from American Express, offers travelers perks such as room upgrades and daily breakfast. Each hotel in the program provides a unique amenity to guests, such as a spa or food and beverage credit. Additionally, you'll still earn 5x Membership Rewards points if you're a Platinum cardholder -- and you may even receive hotel loyalty benefits and points.

For Kenny, his days or booking through an OTA are over.

Personally, I’ll continue to use OTAs, but my reservations will continue to be with non-major hotel properties instead of a hotel I hold elite status with, such as Hilton or Hyatt.

If you’re an infrequent traveler who doesn’t hold hotel elite status or care about perks like late checkout or bottled water, booking through an OTA can make a lot of sense. You can save potentially hundreds of dollars that can be used for other parts of your trip.

But be aware, there can be a downside. If your run into issues before or during your trip, like Kenny did, your options are limited -- especially if you’re dealing with a non-responsive OTA.

Related stories
These Amex Offers will save you money and make life easier right now
Delta SkyMiles Reserve Amex card review: Loads of perks plus a 95,000-mile offer
Monthly checklist: Credit card perks and benefits you should be using in October
American Airlines CEO says he doesn’t know if partner JetBlue has lie-flat seats
Featured image by Homewood Suites by Hilton Steamboat Springs (Photo by Katie Genter/The Points Guy)
Editorial disclaimer: Opinions expressed here are the author’s alone, not those of any bank, credit card issuer, airline or hotel chain, and have not been reviewed, approved or otherwise endorsed by any of these entities.