Articles
Emily McNutt is The Points Guy's Global News Editor and is based in London.
Follow
May 04, 2018
•
3 min read 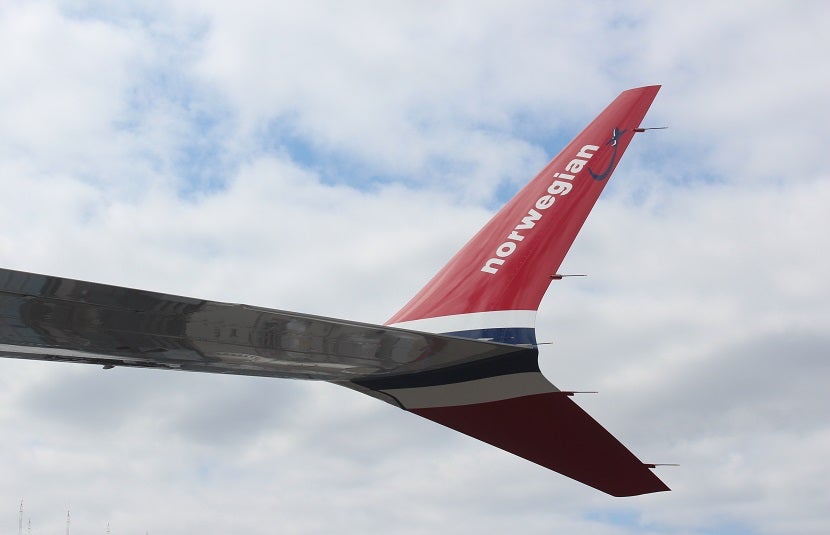 Norwegian Air Just Rejected 2 Bids for a Complete Takeover From BA's Parent Company
This post contains references to products from one or more of our advertisers. We may receive compensation when you click on links to those products. Terms apply to the offers listed on this page. For an explanation of our Advertising Policy, visit this page.

Norwegian Air thinks its worth more than British Airways' parent company International Airlines Group (IAG) is offering to pay. On Friday, Norwegian Air, the low-cost carrier that's been disrupting the transatlantic market and continues to expand, said that its board has unanimously rejected two bid offers from IAG.

IAG, which is the parent company of British Airways, Iberia and Aer Lingus, among others, announced last month that it acquired a 4.6% stake in Norwegian. At the time, IAG was considering a full takeover of Norwegian, and on Friday, it confirmed that it did make a takeover offer — and Norwegian says it made more than one.

On Friday, Norwegian released the following statement, regarding its decision to reject both of IAG's takeover offers:

"The board of Norwegian Air Shuttle (NAS) confirms that it has received two separate conditional proposals from IAG Group in relation to an acquisition of 100 percent of the share capital of NAS.

These proposals were reviewed in conjunction with NAS' financial and legal adviser, and were unanimously rejected on the basis that they undervalued NAS and its prospects. The Board of NAS remains fully committed to delivering on its stated strategy, for the benefit of all NAS shareholders."

IAG said on Friday that since Norwegian rejected two of its offers for a takeover, it's now considering its next move, Reuters reports. "We'll have a look at all of our options in relation to Norwegian," IAG CEO Willie Walsh said.

In the eyes of IAG -- a company that reported a 75% jump in its quarterly profit on Friday -- there's no rush for this Norwegian deal. IAG expects Norwegian's financial struggles to continue. The low-cost carrier's expansion has put it in direct competition with many of the airlines that fall under IAG's umbrella. As a result, its airlines have been forced to readjust their strategy in order to better compete with the low fares offered by Norwegian. IAG itself launched a new low-cost carrier of its own in order to compete with Norwegian, called LEVEL, which operates transatlantic flights out of Barcelona (BCN) — also a transatlantic hub for Norwegian.

That being said, Norwegian has struggled greatly — even with all of its continued expansion, which has placed further strain on its earnings and fleet. The carrier reported a net loss of €30.8 million in 2017, compared to a €116 million profit in 2016. The loss was driven by significant costs associated with hiring in its expansion, as well as rising fuel costs. It's also struggling to uphold its fleet. Though it does operate new 787 Dreamliners and 737 MAX aircraft, the ongoing issues with the Rolls-Royce Trent 1000 engine have forced the carrier to lease aircraft from other operators while its Dreamliners undergo repair.

Following Norwegian's announcement on Friday, shares had dropped about 12%, after having risen in April when IAG took 4.6% stake. At the end of 2017, the airline was 22.3 billion Norwegian krone in debt.

Though Walsh and IAG are still considering options, Walsh said Friday that he doesn't believe Norwegian's expansion plans are sustainable. It remains unclear if the company will reach out to Norwegian with another offer.