What New Words Tell Us About Travel Trends

Articles
Jordi Lippe-McGraw is a writer covering travel, family, food and wellness for outlets like Conde Nast Traveler, Travel + Leisure, the New York Times, Forbes, and more. She has traveled to more than 30 countries on all 7 continents (including Antarctica at 5 months pregnant) and is an avid puppy, penguin, and truffle lover.
Follow
May 19, 2019
•
7 min read 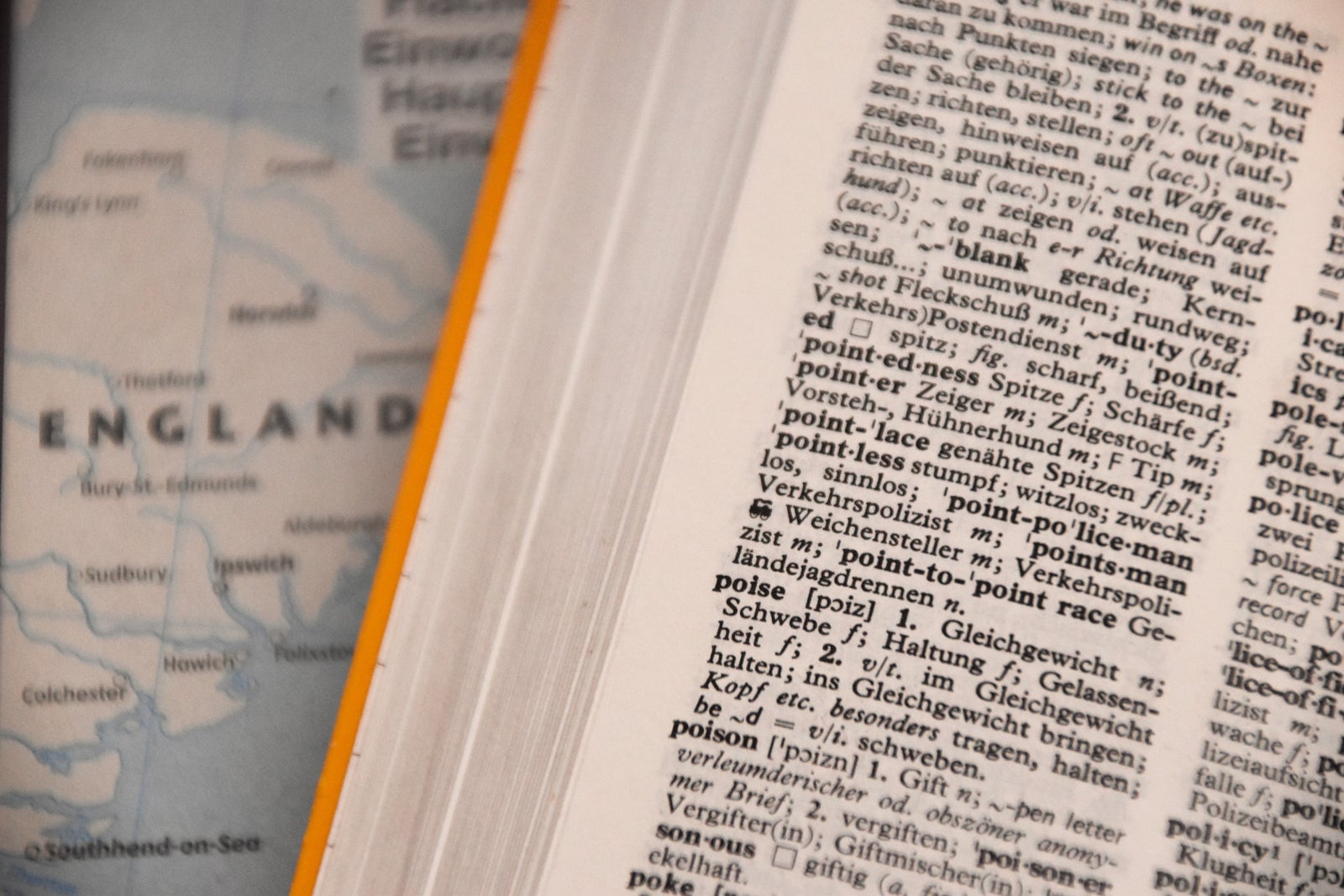 There are plenty of ways we discover new travel trends. Sometimes, they appear in statistics or data, or a hashtag could gain traction on social media. But one of the best means of noticing a cultural shift is by marking the changes in language. And last month, the Merriam-Webster dictionary added more than 640 new words to the lexicon.

According to the dictionary’s website, “The work of revising a dictionary is constant, and it mirrors the culture’s need to make sense of the world with words.”

While many of the words had to do with business (gig economy, for example), medicine (bioabsorbable was also added to the list) and entertainment (buzzy is now a legitimate term), a handful of travel terms also made the cut. To earn a spot on the coveted list, each word goes through a rigorous vetting process, so you know its presence marks a significant cultural shift.

“In order for a word to be added to the dictionary, it must have widespread, sustained and meaningful use,” Merriam-Webster’s associate editor, Emily Brewster, said in a statement. “These words … have become established members of the English language and are terms people are likely to encounter.”

What can we learn about US travel habits based on the codification of new words? Here’s what we surmised.

While technology certainly has increased our ability to communicate and research far-flung places, it also has crept into our lives in a way that’s negatively affecting our health. According to a study by Nursing Made Incredibly Easy, technology increases the risk of sleep problems, eyestrain, hearing loss, neck and back strain and a condition genuinely known as “text thumb,” among other ailments.

So, it’s no surprise that “screen time” is now a word in the dictionary, but now “unplug” is, too. Merriam-Webster defined “unplugging” as, “to temporarily refrain from using electronic devices (such as computers or smartphones)” and “to temporarily withdraw from the responsibilities and obligations of everyday life (such as work or home duties).”

And because of salutogenesis ("an approach to human health that examines the factors contributing to the promotion and maintenance of physical and mental well-being rather than disease"), the travel industry is promoting opportunities for travelers to unplug more.

For example, a hotel in Sweden offered a free hotel room for guests who stayed off the Wi-Fi and Wyndham Grand properties have challenged guests to stay in vacation mode (and off their phones) by offering special amenities to travelers who went “phone-free” at pools and restaurants.

These opportunities and the desire for a break will likely only grow as technology becomes more prevalent in our lives.

Travelers Want to Get Outside

While taking a vacation and unplugging is certainly a good start to combating the harmful effects of technology, travelers are taking it one step further. It turns out, how we spend our vacation can significantly affect how restorative that getaway is. And now, numerous studies suggest that being in nature is the key to achieving noticeable, long-lasting benefits from our travels.

Travelers must be taking that notion to heart since several words about experiencing the great outdoors were added to the dictionary. Glamping, for example, is a term that’s been thrown around for several years, but is now defined as, “outdoor camping with amenities and comforts (such as beds, electricity and access to indoor plumbing) not usually used when camping.”

There's also “leafer” — “a person who visits wooded areas in autumn to view the changing colors of the foliage” — as well as “bluebird day” — “a day marked by cloudless blue skies.”

People clearly want to experience all the things that happen outside the cubicle and are using their precious PTO not only to disconnect from work but also to immerse themselves in nature.

It’s why “grounding” — walking barefoot outside — and “forest bathing” — being in the presence of trees for a prolonged period of time — have become so popular. Perhaps we’ll see those terms make their way into Merriam-Webster’s next round of additions.

OK, so you’ve unplugged and gone into nature. Why stop there? After becoming so overstimulated by technology, people are needing to up the ante to find that next adrenaline rush and are using that search for adventure as the ultimate reason to travel. In fact, according to a recent report published by Allied Market Research, the global adventure tourism market is expected to grow in value by more than 17% between 2017 to 2023.

This is indicated by at least one word added in April’s list: “wingsuit.” Remember, a word has to be extremely prevalent for Miriam-Webster to make the addition. That means so many people are wearing “wingsuits” — "a jumpsuit worn by a skydiver or BASE jumper with folds of fabric between the arms and legs that create lift when extended and allow the wearer to glide through the air over long distances" — that it’s now Scrabble-worthy.

It’s this same desire of testing the limits of human capability that has 2,500 runners completing the Great Wall of China marathon each year, and tour companies offering everything from ice-climbing to heli-skiing packages.

“We don’t have our home, our safe space or our predictable routines to keep us stuck,” psychologist Jessica Nicolosi previously explained to The Points Guy about why travelers complete adventurous tasks on vacation. “We are already in unfamiliar territory. So leaping into the unfamiliar and even the uncomfortable may not feel like a leap at all.”

Yes, traveling for culinary delights is nothing new, but the number of global food terms that were added to Miriam-Webster is evidence that food tourism is not dwindling any time soon. Mexican cotija cheese, spicy North African harissa paste and Middle Eastern za’atar spice blend all made the list.

Travelers' foodie adventures have taken them far beyond the two coasts and inspired them to bring the flavors of the world home with them. These exotic foods once considered foreign fare (and consequently foreign terms) have become ingrained in American society due to travelers' demands. If people weren’t open to experiencing the many global tastes on their trips, these foods would not have made their way into US restaurants and the English dictionary.