Articles
Katherine Fan is a former senior travel features reporter at The Points Guy who covered everything from personal finance to travel and aviation.
May 19, 2018
•
3 min read 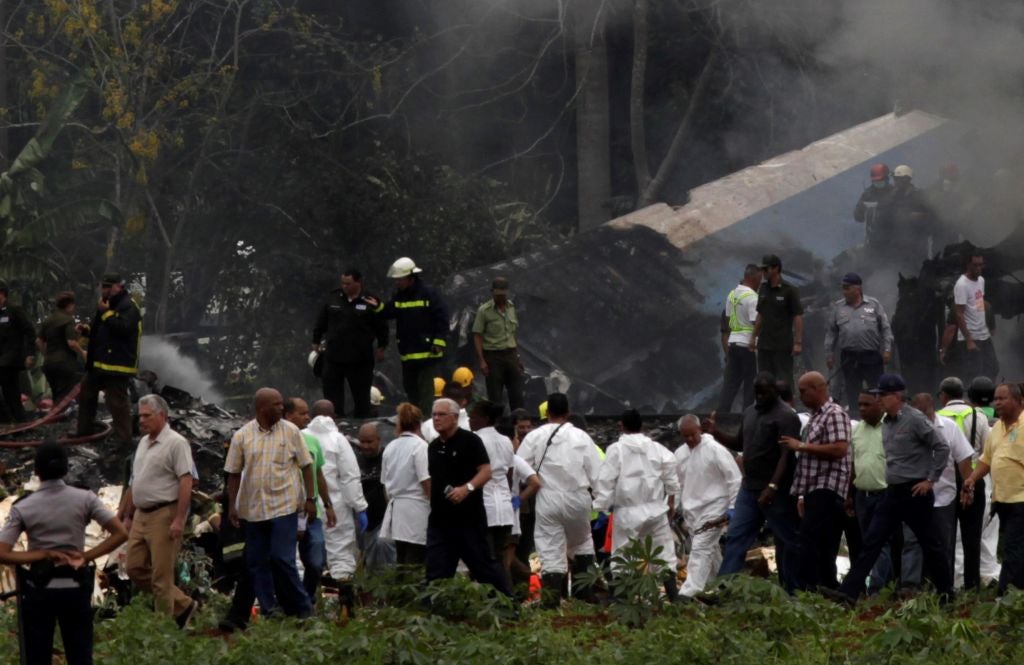 More than 100 people, including five children, died Friday after a Boeing 737-200 crashed shortly after takeoff from Jose Marti International Airport (HAV) in Havana, Cuba.

Flight DMJ0972, bound for Holguin, Cuba (HOG), was only six miles from the Havana runway when the aircraft "suffered a failure and crashed," according to the Mexican Civil Aviation Authority. The impact caused an explosion and sent thick, dark plumes of smoke billowing from the crash site, visible to passengers from within the Havana airport. No bystanders were injured, and no homes were affected by the crash.

Despite conflicting initial reports, the crashed plane has been confirmed to be a Boeing 737-200 with registration number XA-UHZ, owned by Mexican charter airline Global Air, also known as Damojh Airlines. The aircraft had been built in 1979 and delivered to its first operator, Piedmont Airlines, nearly 40 years ago.

Cuba state-owned carrier, Cubana de Aviación, leased the plane from Global Air for Friday's flight between Havana (HAV) and Holguin (HOG) because of a shortage of available aircraft among its own fleet. Earlier this month, due to safety concerns, Cubana was ordered to suspend flights operated on its six Russian-built AN-158 planes.

In order to maintain its flight schedule without using the grounded aircraft, Cubana leased airplanes such as XA-UHZ, complete with crews, to operate flights under Cubana’s CU flight codes. The Mexican Civil Aviation Authority has confirmed that five of the nine crew members on board were Mexican nationals.

Firefighters and other rescue personnel were at the scene of the accident shortly after the crash, according to local news reports. Only four survivors were rescued from the burning wreckage, and one later died. The three other seriously injured passengers, all women, were admitted to General Calixto Garcia University Hospital for treatment.

Cuba's President Miguel Diaz-Canel arrived at the scene of the crash early Friday afternoon. Diaz-Canel offered his condolences to the families of the victims, and stated that Cuban authorities would investigate the crash.

Various heads of state from other countries have taken to Twitter to express their sympathy, including Venezuela President Nicolaás Maduro and Canada Prime Minister Justin Trudeau:

The last fatal crash in Cuba was a military flight in 2017 that killed all eight on board, according to the Aviation Safety Network.