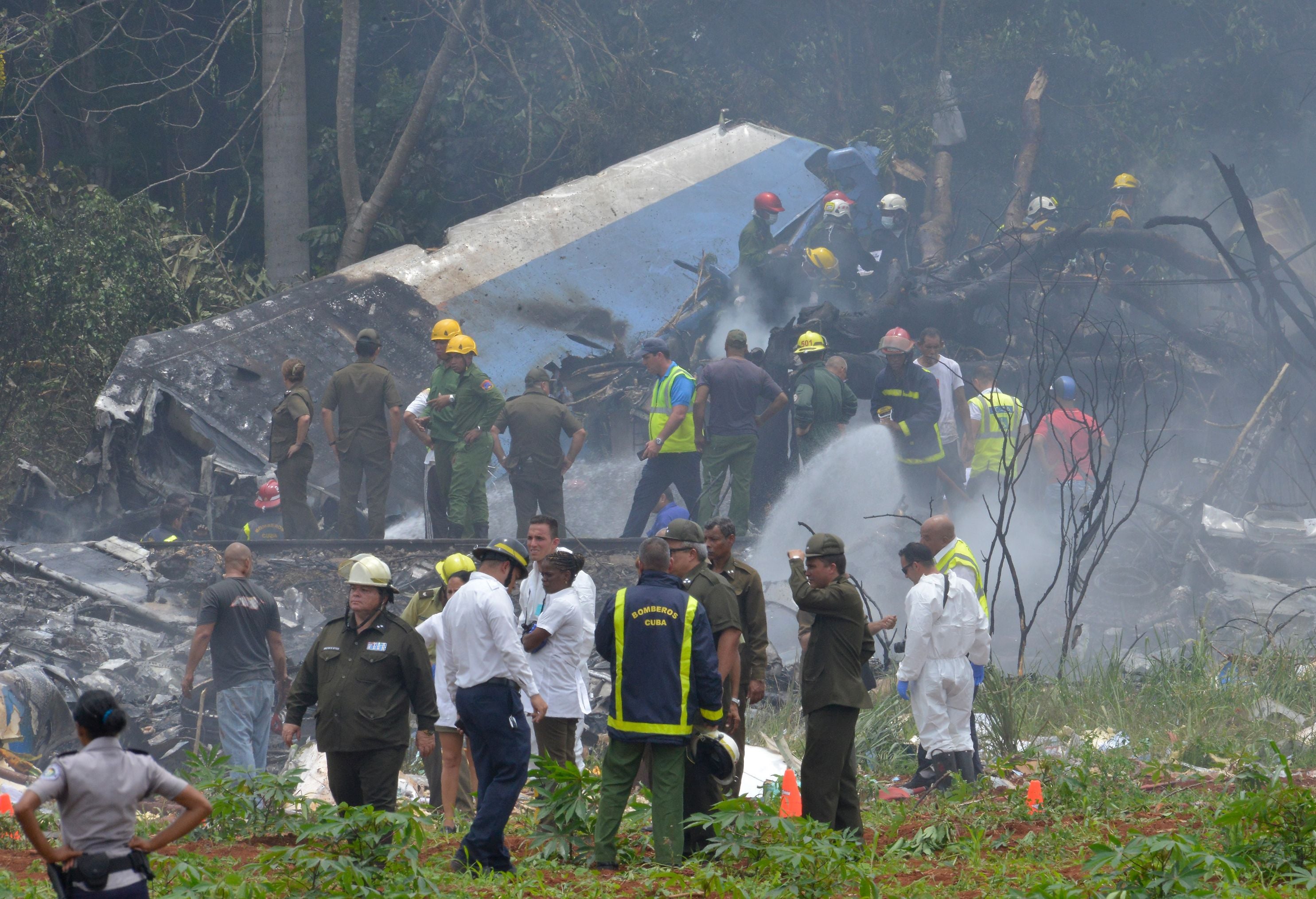 There were at least 104 souls on board the aircraft. According to news site, CubaDebate, the aircraft is a Boeing 737-200 owned by Mexican airline Global Air operated for Cuba's national airline Cubana de Aviación. Reports in the Italian press initially indicated the airplane was a 737-400 operated by Italian airline Blue Panorama. Pictures from the crash site, however, make it clear that the airplane is painted in Global Air colors.

The number of fatalities was not yet available at the time of publication. But Cuba state media outlet Granma says that at least three people survived the crash and are in critical condition.

Cubana de Aviación, the state-owned carrier, has had to ground some of its Russian-made planes because of concerns about safety. To keep flying its schedule, the airline has leased airplanes, complete with crews, from Western carriers. Those planes operate from and within Cuba, using Cubana's CU flight codes.

A large fireball and thick black smoke could be seen rising from the area near the airport. Reports say that firefighters, ambulances and police were on the scene of the crash.

This unconfirmed picture reportedly shows the thick plume of smoke rising at the crash site just outside HAV.

Video from cubanet.org reportedly shows smoke in the distance.

TPG reached out to the Havana Airport for more information but did not receive an immediate response. The airport is still open and operational, according to Flightradar24.

Cuba news site Cubanet says presidente Miguel Díaz-Canel is on the scene. According to Spain-based news agency EFE, the main access road to the airport is cut off about 5 miles from the airport.

This is a developing story and will be updated as more information becomes available.

*This post has been updated to reflect the aircraft was operated for Cubana de Aviación and that at least three people are in critical care following the crash.