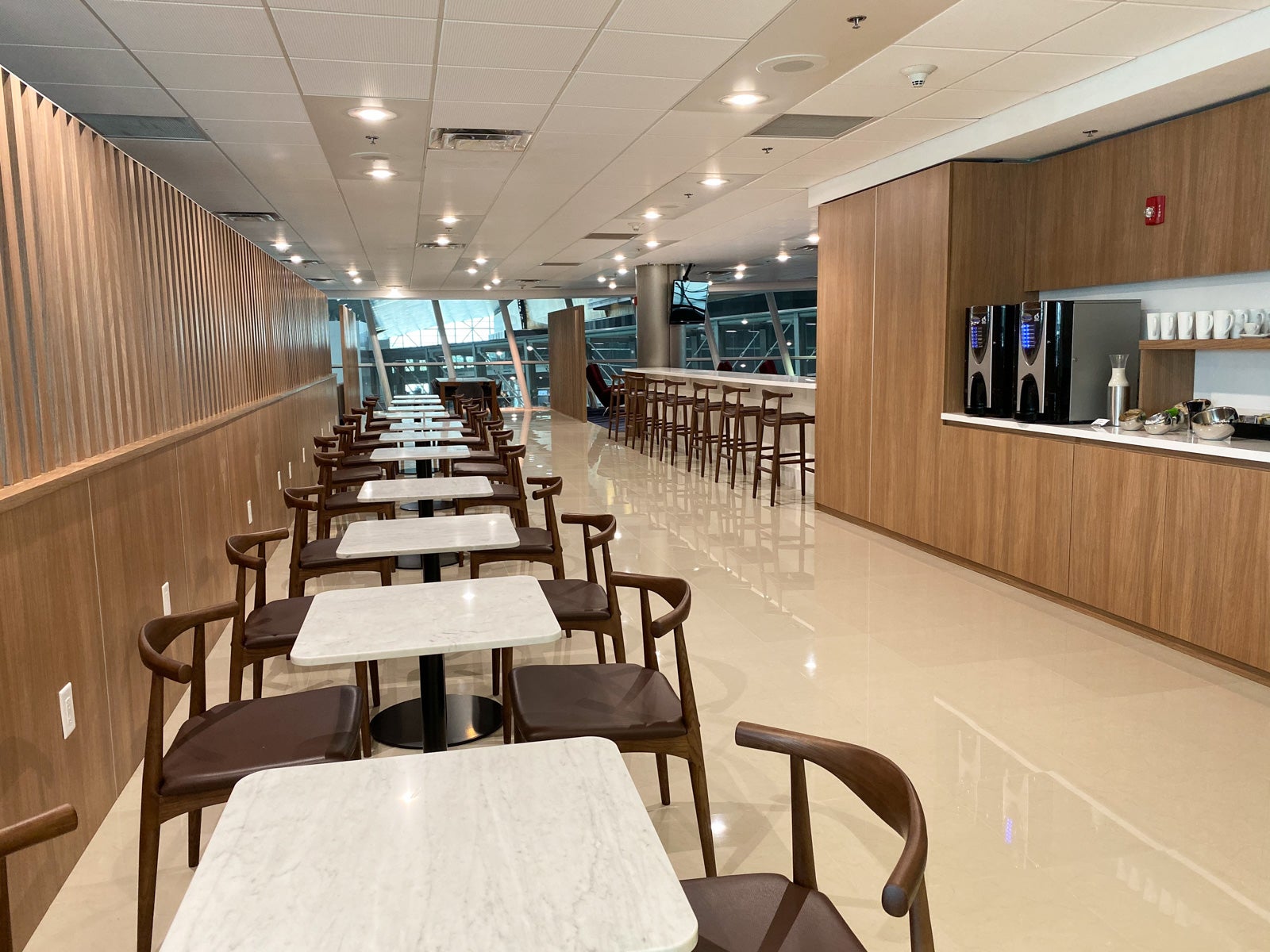 Exclusive: First look at Miami airport’s brand-new LATAM VIP Lounge
This post contains references to products from one or more of our advertisers. We may receive compensation when you click on links to those products. Terms apply to the offers listed on this page. For an explanation of our Advertising Policy, visit this page.

From an announcement of the end of its partnership with Oneworld to a shocking 20% investment from American rival Delta Air Lines, it's been a bustling few months for LATAM Airlines. But that's not all the Latin American giant has been cooking up.

On November 8, the airline opened a massive 10,000-square-foot lounge at Miami International Airport (MIA). The airline gave The Points Guy exclusive access to the new VIP Lounge, the opening of which has not been previously reported.

RELATED: Sign up for TPG’s daily email newsletter to learn more about maximizing your travel!

Upon entry, you will notice a large wall made of lush trees from the Amazon rainforest. Lounge manager Elena Parnelle explained to me that it was inspired by what the Amazon looks like from above on an airplane.

After entering, you will be greeted by several individual chairs and a large flat-screen TV. The lounge is decorated in muted tones — lots of blues, red, grays and whites — that pay homage to LATAM's colors. Subtle light and medium-brown wood paneling and chairs complement the chic design.

There are several stations for coworking if you need a table for a group meeting. There are also chairs situated with a view of the busy terminal below.

There are coffee makers, a fruit station and toasters.

Self-serve chocolate mousse, fruit and yogurt are available for guests to grab. There's also fruit juice (the pineapple was amazing, by the way) and a well-stocked bar with wine, vodka and my favorite, Hennessy.

The spread was pretty light, but I spotted sandwiches, cheese plates, soups, vegetables and rice pilaf. Bilingual attendants were on hand to assist if needed.

Another large area opposite the entrance includes dozens of chairs and couches along with individual desks if guests need privacy.

There was another small working area that overlooked the tarmac below. I spotted a LATAM jet with the newer logo as well as OG TAM and LAN jets, the Chilean and Brazilian airlines that merged to become LATAM.

A business center with Mac computers and a printer located in the back of the lounge are available for guests who need it.

If you're in need of a relaxing space before (or after) your flight, there's a small room with reclining chaise chairs in soothing blue and red tones. Just outside of the room is an area where you can grab English and Spanish-language magazines and newspapers.

There are bathrooms and two large shower rooms. LATAM's social media manager excitedly pointed out that the mirror in the shower room lights up in case you need a brighter view — or a selfie — as you primp.

Who will have access to the lounge? For starters, the airline says that it will be a Priority Pass lounge — even though it's not visible on the site just yet. Keep in mind that the airline told me that it's subject to availability, meaning that it'll be restricted for Priority Pass holders if the lounge is full.

With LATAM offering up to 11 daily flights to 10 South American cities from Miami, Delta is eyeing growth opportunities where it could feed its new partner at the South Florida airport. While Atlanta will remain Delta’s main gateway to Latin America for U.S. travelers, Miami could cater to South American travelers to the U.S. who are connecting from LATAM to Delta for the domestic legs of their trip.

"Miami is one of our most important gateways, this VIP lounge gives LATAM a great exposure and opportunity to offer our passengers an exceptional service in this very busy airport," Paola Penarete, LATAM's Vice President of North America, Mexico, the Caribbean and Asia, told TPG in a statement.

LATAM isn't the only party excited, either. Miami Airport officials say they welcome the new lounge with open arms.

“We applaud the investment by LATAM Airlines to upgrade its only VIP Lounge location in North America,” said Lester Sola, Miami Airport's director and CEO. “As one of our largest airline groups, LATAM will now provide an even more appealing lounge experience for the millions of passengers it serves annually at MIA.”

All photos courtesy of Victoria M. Walker / The Points Guy