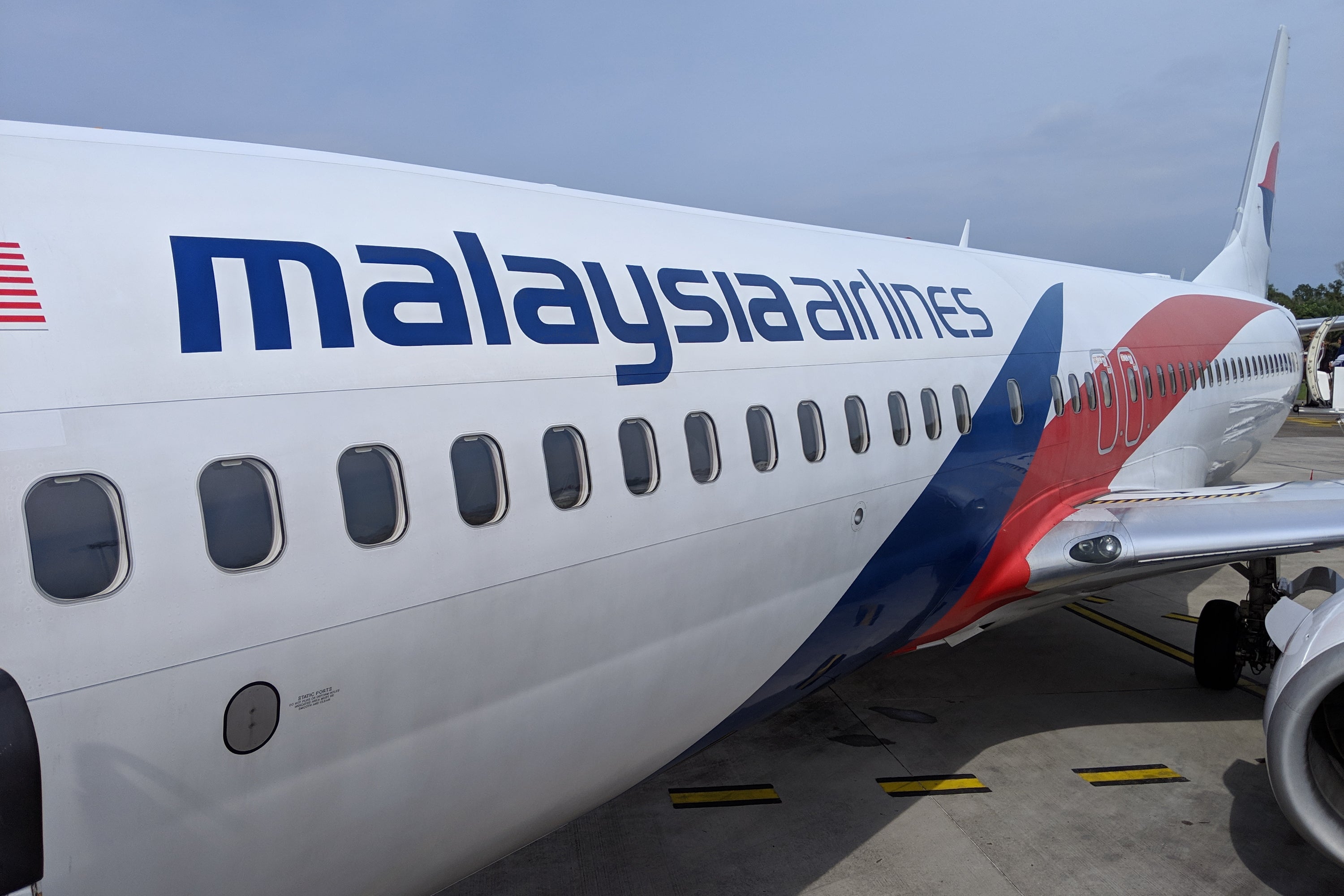 Last fall, Malaysia Airlines announced a Triple Everything promotion. As indicated by its name, passengers would receive 3x Enrich award miles, 3x elite miles and 3x elite segments for flights booked between Oct. 9-15, 2018 and flown before Mar. 31, 2019. In addition to the limited booking window, the promotion was limited to Malaysia Airlines marketed, operated and ticketed flights and explicitly excluded Malaysia's regional Firefly and MASwings flights.

Malaysia Airlines sold the promotion as a way to get elite status with just one round-trip between London (LHR) and Kuala Lumpur (KUL). Indeed, if booked into certain fare classes, an economy round-trip between LHR and KUL could provide enough elite miles to earn Oneworld Ruby, a business class round-trip could get you Oneworld Sapphire and a first class round-trip could get you Oneworld Emerald. That being said, business class and first class fares in the eligible fare classes weren't cheap.

However, you could also earn Malaysia Airlines status though segments, and this metric was also tripled during the promotion. Indeed, the table below shows the segments you'd need to earn the various status levels. All economy fare classes earn one elite segment per flight segment.

I quickly realized that four-segment, economy, round-trip tickets originating in Medan, Indonesia (KNO), connecting in KUL and continuing on to various Malaysian cities could be booked starting at IDR 1,478,800 (about $105). I'd just visited (and reviewed) the Malaysia Airlines First Class Lounge in KUL, so I was excited about the prospect of enjoying the first class dining room and lounge during each connection through KUL as a benefit of my American Airlines Executive Platinum status.

So that's how my husband JT and I ended up on 18 Malaysia Airlines flights in 16 days. We booked four round-trips originating in KNO, with each round-trip traveling to a different Malaysian city, and one round-trip from KUL to position to KNO. We could have simply visited the same Malaysian city repeatedly, but we enjoyed getting to spend a few nights each in Kuantan (KUA), Penang (PEN), Kota Bharu (KBR) and Langkawi (LGK).

Each of the four round-trips from KNO cost IDR 1,478,800 (about $105) per person and the positioning flights from KUL to KNO and back cost MYR 304 (about $75) per person. This means we each paid $495 for five round-trips, which equates to about $9.17 per elite segment per person since we finished the five round-trips with 54 elite segments each. Granted, we had ground transportation and lodging costs, but we'd be incurring most of these costs regardless of whether we did this status run since we live on the road full-time as digital nomads.

Unfortunately, the Triple Everything promotion is over now, but even though you can't take advantage of this specific offer, here are some important points to take away from our experience booking and completing this status run — especially if you'd consider doing something similar in the future.

Even though the Triple Everything promotion was marketed as a way to fly one round-trip and get status, it was possible to pursue status via segments. Using a tool like Google flights allowed me to find the cheapest origin and destination on Malaysia Airlines that connected through KUL for each round-trip. Qualifying for status via segments took longer, but is certainly one of the least expensive ways to earn Oneworld elite status.

Leave Yourself Time Between Tickets

One concern when daisy-chaining and nesting itineraries together is that one cancelled or significantly delayed flight can cause you to miss the start of a subsequent itinerary booked as a separate ticket. To reduce the potential for issues, we scheduled a night or two between each of our tickets. In the end, none of our flights were delayed by more than an hour, but there's always the potential that you could be delayed multiple days due to weather.

Use the Right Card

We paid for all of our flights using the Chase Sapphire Reserve to get access to the card's excellent baggage delay and trip delay protections. With 18 flights, it seemed likely that Malaysia Airlines might forget to load one of our bags at least once, in which case the Sapphire Reserve would reimburse us up to $100 per day for up to five days if the bag was delayed or misdirected for more than six hours. Thankfully, neither of our checked Osprey bags were ever delayed.

Likewise, it seemed highly likely that one of our 18 flights might be significantly delayed at some point. Amazingly enough, none of our flights were delayed more than an hour — not even nearing the six hours required for the Sapphire Reserve's trip delay protections — but it was nice knowing we'd be covered if we ended up needing to overnight somewhere unexpectedly.

Even with the Citi Prestige's new 5x earnings on air travel, I'd still use the Chase Sapphire Reserve for these flights. This is because Citi won't provide trip delay protection if a flight delay of less than six hours causes you to miss a connecting flight. And since most of our trips had connections, it seemed likely this detail might come into play.

Document and Double Check Everything

This promotion featured clear-cut terms and conditions and didn't require any registration. But you want to make sure you don't miss out on satisfying a promotion due to a simple mistake or misunderstanding. In this case, qualifying for status via segments didn't require booking into a particular fare class. That being said, it's still a good idea to screenshot or save a PDF of the terms and conditions and document all of your purchases. For each flight, be sure to take a picture of your boarding pass before boarding and save the entire boarding pass — or stub, since many international airlines like to keep half of the boarding pass — to prove that you flew on the flight using a particular frequent flyer number.

Make It Into a Vacation

We spent 16 days between our original departure from KUL and our final arrival into KUL. We could have tightened our itinerary but, as mentioned above, this would've increased the risk of missing a subsequent itinerary. If you have the time, it's ideal to spend more than two nights in each city as our trip felt rushed.

Use Status Even When Crediting Elsewhere

Getting to visit the Malaysia Airlines first class lounge during each connection in KUL was certainly a selling point when we decided to do this status run. But, we needed our flights to credit to Malaysia Airlines in order to earn Malaysia Airlines Gold status through the Triple Everything promotion. So, each time we used the Priority Check-in line or accessed the lounge using our American Airlines status we had to repeatedly state that we wanted to credit our flights to Malaysia Airlines. Despite this refrain, our American Airlines elite numbers were added to our reservations on multiple occasions, and a couple of JT's flights initially credited (incorrectly) to American instead of Malaysia. You have to be vigilant, attempt to catch agents changing loyalty numbers and check to make sure everything credits as you wish.

Non-American Airlines Status in the US

This promotion was almost certainly one of the least expensive ways to earn Oneworld status. Was it rational to spend just under $500 per person to get a second Oneworld status so we can access Admirals Club and Flagship lounges when flying American Airlines domestically through Mar. 31, 2021? Probably not. Would we do it again? Definitely — not just for the status but also for the experience of flying 18 flights in 16 days while getting to see five different cities.

Featured image by (Photo by Katie Genter/The Points Guy)
Editorial disclaimer: Opinions expressed here are the author’s alone, not those of any bank, credit card issuer, airline or hotel chain, and have not been reviewed, approved or otherwise endorsed by any of these entities.