Articles
Max Prosperi is a part-time frequent flyer and travel writer and full-time student. Based in St. Louis, Missouri, Max covers a variety of topics with a focus on points, miles, and aviation.
Follow
Dec. 17, 2018
•
3 min read 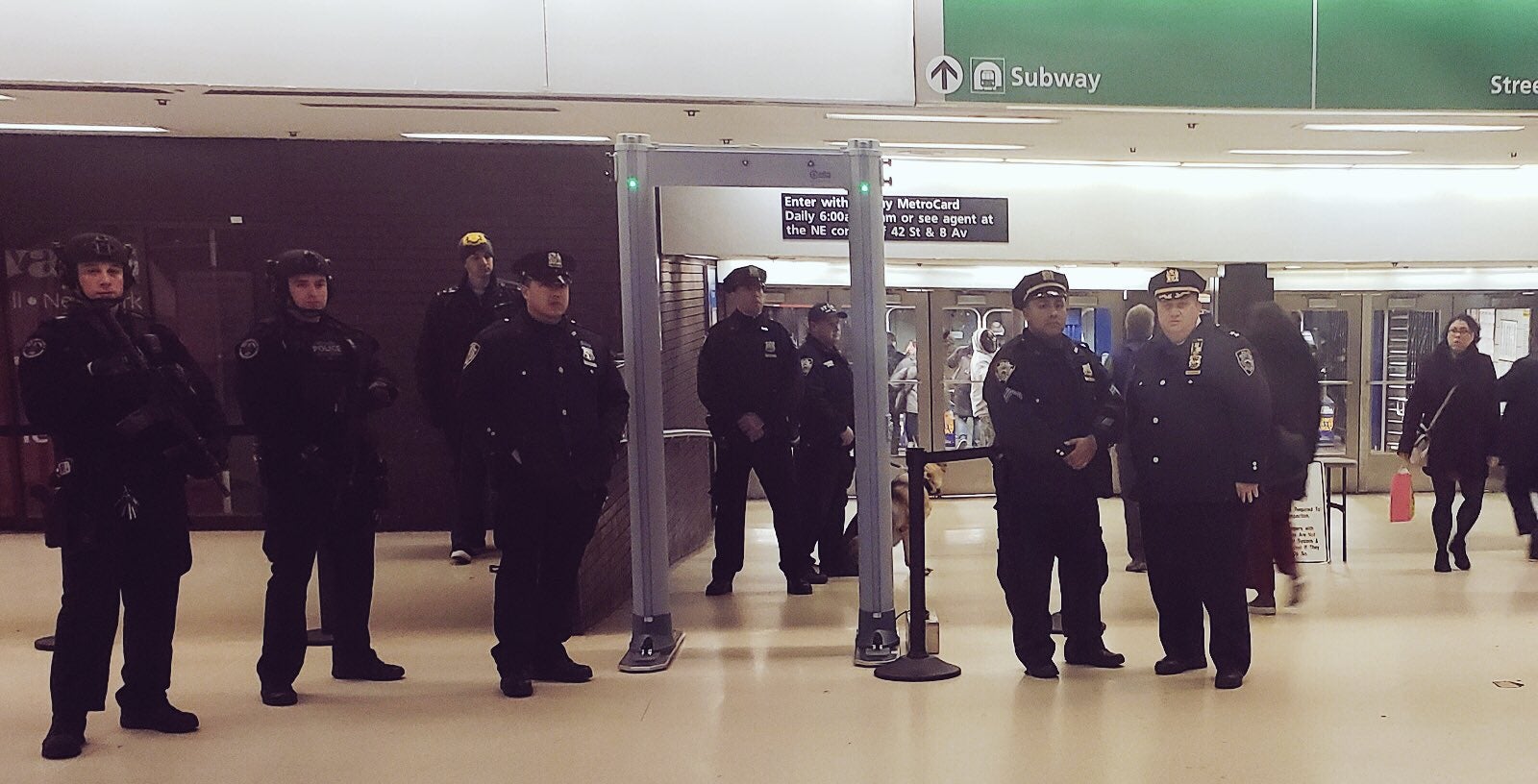 Metal Detectors Now Being Tested at NYC Subway Stations
This post contains references to products from one or more of our advertisers. We may receive compensation when you click on links to those products. Terms apply to the offers listed on this page. For an explanation of our Advertising Policy, visit this page.

Your trip through New York City's famous and expansive subway system might look a little different on your next vacation to the Big Apple. According to Gothamist, the New York Police Department's Transit Division has begun to deploy metal detectors across the MTA subway network. In addition to metal detectors, other enhanced security measures will be implemented, according to a reporter at NY1. These enhanced security measures and increased screening efforts come a year after an attempted suicide bombing at a Times Square subway station. Additional concerns with regards to global terrorism have led to renewed efforts by the NYPD as a whole to ensure the safety of NYC's residents and visitors.

New York City attracts more tourists than any other US city. A major right of passage for tourists is to take the iconic New York City subway system a few stops while in town. In the wake of the September 11th terrorist attacks, the NYPD and other law enforcement agencies increased security and surveillance across the MTA transit system. To date, the NYC transit system is among one of the safest in the US.

However, ask any commuter and you will quickly learn that the New York City subway has become increasingly inefficient. Some riders might experience additional delays in the coming months as the NYPD Transit Division tests the newly deployed security screenings. As noted, these security measures include the deployment of metal detectors, explosive detection devices and additional NYPD patrols.

The devices are undergoing field testing and will not be deployed at every subway station. Major stations and transit hubs, including the 42nd Street and Times Square stations, will be the first to see the new screening devices.

Video posted to Twitter from an NY1 reporter shows a rider passing through a metal detector without having to remove her backpack or contents from her pockets. New screening technology allows riders to keep their belongings on their person when passing through the devices. However, it is unclear if the NYPD Transit Division is using these same devices.

For now, it doesn't appear that these new screening methods will be that invasive or inconvenient. Screening is also random, which means many riders might not even encounter the new security measures. If you're traveling to New York City for the holidays and plan to use the subway system, be sure to allow for the possibility of delays and service disruptions.