Dear TSA: My medical condition is not a threat to airport security

Articles
Andrea M. Rotondo is director of content operations at TPG. She's trailed an orca pod from a skiff in Alaska’s Inside Passage, had an allergic reaction to a cheetah she met at a South African rehabilitation center and hiked the Borneo rainforest to glimpse orangutans in the wild — and she's written about it all.
Follow
Nov. 02, 2019
•
6 min read 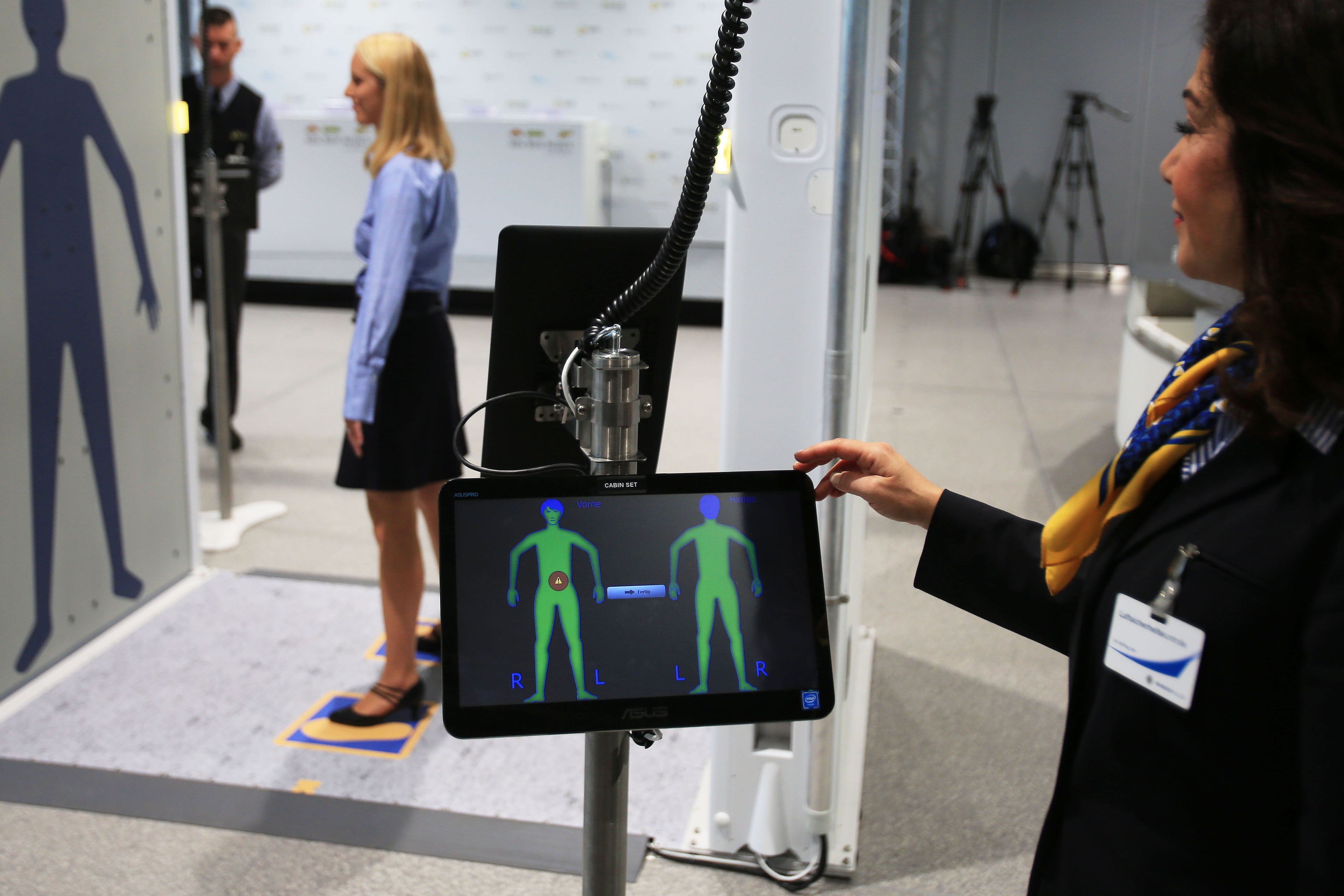 So, I'm having a weird problem every time I fly and am required to pass through the TSA's Advanced Imaging Technology scanner. Earlier this year, the scanner -- which uses millimeter radio wave technology -- started detecting something every time I walked through. The location of that something? My groin. Ugh. The first time it happened, I just shrugged it off as the machine being flaky. I just endured the oh-so-unwanted secondary pat-down screening and went on my merry way.

But then it happened again. And again. Last week it happened yet again at Miami International Airport (MIA), and when the scanner beeped after I walked through it, I turned to see the readout. I wish I had my phone so I could have taken a photo but the exact location was the same as all the other recent times: my groin. I was called out for secondary pat-down screening. Again.

So much for speeding through TSA PreCheck! (Should you get TSA PreCheck or Clear?) The female TSA agent seemed annoyed that I didn't want to do the pat-down in private but I just wanted to get on with it. Why add more time and aggravation to the process?

After my pat-down, I got through security and my husband and I headed to the lounge. There -- over a frosty Diet Coke -- it hit me. The millimeter wave scanner is detecting my uterine fibroid. I'm not called out for secondary screening when I go through a traditional metal detector because it doesn't detect any metal. But I set the millimeter wave scanner off because it is detecting changes in density and my fibroid is not of the usual skin-or-bones density the machine has been programmed to recognized. Bingo.

I'm not sure why this 1 + 1 = pat-down, didn't dawn on me before, but better late than never. When I returned home, I did some research on the different types of scanners the TSA uses. I also called my doctor to get her take on the issue. She hadn't heard of any other patients with a similar problem but admitted most of her charges probably don't travel as much as I do and wouldn't necessarily make the connection if called out for additional screening.

Reaching out to the TSA

I reached out to the TSA to see if I could avoid secondary pat-down screening if I brought along a medical report prepared by my doctor explaining my condition, the location of the fibroid and our hypothesis that the scanner is triggered when I walk through it due to the different density of that mass.

I was hopeful that the TSA would be happy that a passenger had done her due diligence, researched the issue and was offering a solution that would speed up the screening of someone who's already been processed by U.S. Customs and Border Protection as a Trusted Traveler and Global Entry member.

The response I received from the TSA was disappointing:

Generally, you may opt out of Advanced Imaging Technology (AIT) screening in favor of a pat-down. However, you will be required to undergo AIT screening if your boarding pass indicates that you have been selected for enhanced screening, in accordance with TSA regulations, prior to your arrival at the security checkpoint. This will occur in a very limited number of circumstances. The vast majority of passengers will not be affected.

If you cannot or choose not to be screened by the AIT, you will receive a pat-down. You may not choose the metal detector in lieu of AIT or a pat-down. For more information on our screening procedures, please visit www.tsa.gov.

This seems like a canned response for when someone doesn't want to walk through the scanner. That's not my issue. My issue is enduring a nonessential physical pat-down after setting off the scanner. And, the response did not comment on whether a passenger's lab report or letter from a doctor could help in this type of situation.

I responded to the email with a follow-up question about bringing along a medical or lab report, but I haven't heard back yet. I also reached out to the TSA's spokesperson but did not get a response.

I totally understand the need for multiple layers of airport security screening, but wish there was a way to avoid this particular situation in the future. My fibroid doesn't present an imminent medical threat to me so I have no plans to remove it via nonessential surgery. Since that's the case, my expectation is that the TSA's millimeter wave scanner will "see" it every time I walk through security and the request for secondary screening will happen over and over and over again. Of course, this isn't the end of the world and it's not nearly as invasive as TSA screening machines that call out African-Americans to check their natural hair. But it would be lovely to not have to deal with it in the future since that sort of pat-down is hardly anyone's favorite.

As problems go, this one is minor, but it's something to note if you have a medical issue -- like a fibroid or some sort of implant -- that's easy to forget about. It might just set off the TSA's scanners every time you head through security.

Interested in learning more about the TSA? Here are some stories:

Related stories
Chasing elite status on Alaska Airlines? A flight to California this fall could help
Flights to Auckland starting under $700 round-trip
The ultimate guide to earning elite status with United cards
American Airlines forgot it had landing slots at JFK. Then it lost some of them
Featured image by picture alliance via Getty Image