Articles
Carissa Rawson is a Points and Miles Reporter at TPG, helping readers get to where they need to go, faster (and cheaper). You can find her in your nearest Priority Pass lounge, sipping free coffee and obsessively researching travel.
Aug. 11, 2019
•
4 min read 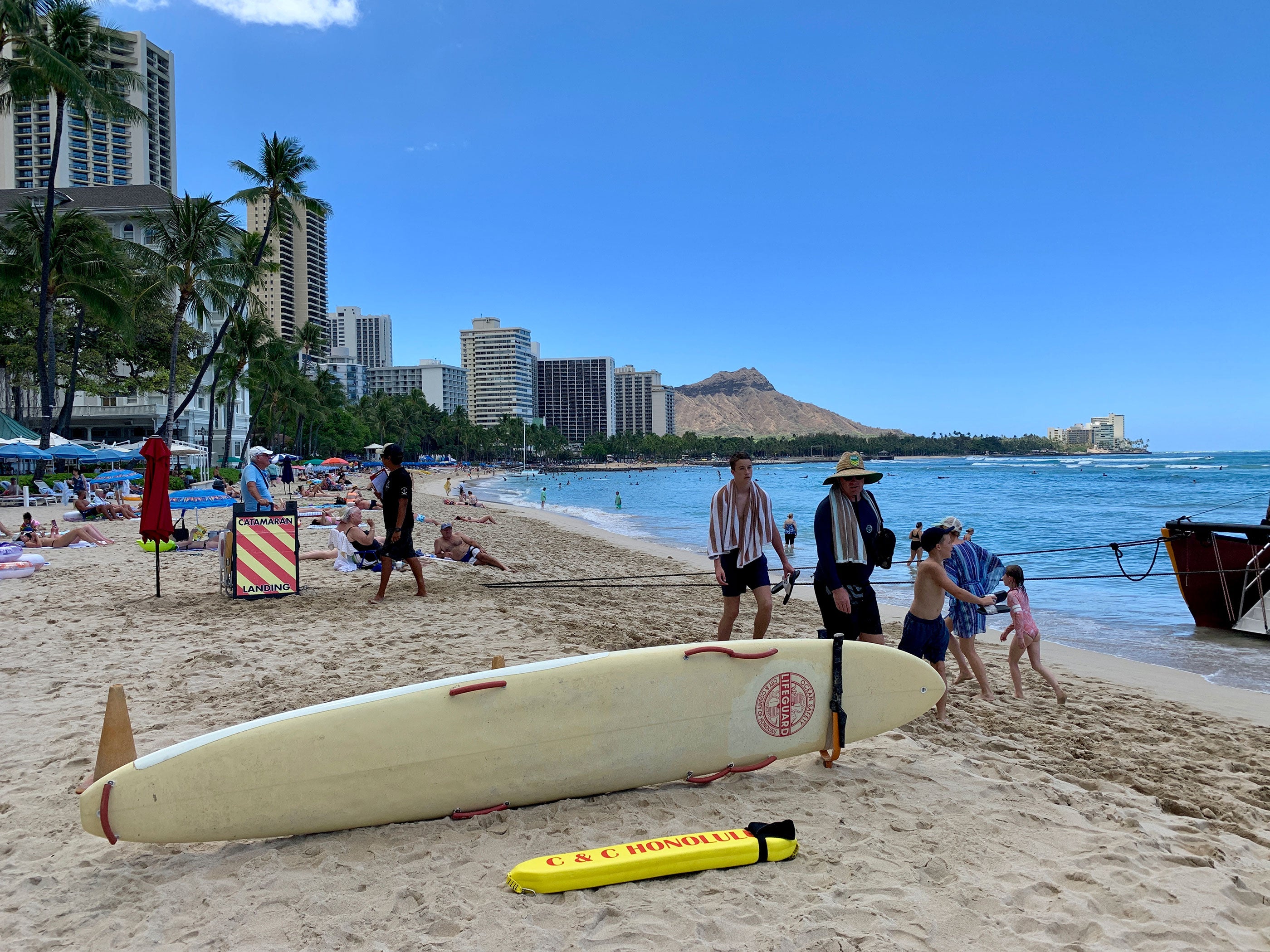 Man Uses Points to Fly 33 Family Members to Hawaii
This post contains references to products from one or more of our advertisers. We may receive compensation when you click on links to those products. Terms apply to the offers listed on this page. For an explanation of our Advertising Policy, visit this page.

Most of us don't have 33 people we like enough to use all our hard-earned points on, let alone 33 family members. The same can't be said for Sam Pratt, who recently treated himself and 33 of his closest relatives to a weeklong vacation in Hawaii, courtesy of a million Southwest points.

We've written before about Southwest's new routings to Hawaii, which began earlier this year and acted as a disrupter to decadeslong strangleholds on flight prices. With round-trip tickets going for under $200 (or $49 each way, if you're lucky), Southwest has put some serious pressure on competing airlines.

With such astonishingly low fares, it makes sense that Sam could fly out his entire family: Southwest's Rapid Rewards program is revenue based, meaning the amount of points required to buy a ticket is dependent on the fare cost itself. As a $49 ticket would cost just 1,950 points (plus $5.60) in taxes, a million points is going to get you a long way.

But if you don't want to fly Southwest, or can't find any dates that work for you, don't despair. There are tons of different options you could use:

As we wrote about a couple months ago, Turkish Airways has recently re-classed Hawaii as part of North America instead of Oceania. As Turkish charges just 7,500 miles for a one-way economy ticket anywhere within a single country, this means you can fly from New York to Honolulu on a flight for 15,000 miles round-trip in economy, or 25,000 round-trip in first class. Citi is a transfer partner of Turkish Airways at a 1:1 ratio, making this an incredible use of Citi ThankYou points.

TPG staffer Richard Kerr tested this, successfully booking his flight by calling Turkish direct and putting a hold on his award flight. In comparison, United charges 40,000 miles for this same flight:

Singapore Airlines is a transfer partner of American Express, Chase, Citi, and Marriott, so it's easy to stack up on points. Interestingly, Singapore is partnered with Alaska to offer some of the cheapest flights west of the Mississippi (sorry, East Coast) on miles:

Note that while economy seats are cheap, first class will run you an absolute fortune, so stick with coach.

A part of SkyTeam, Korean Airlines will let you book seats on its partner, Delta, for just 25,000 miles round-trip. This is consistently one of the cheapest ways to get to Hawaii, as it'll cost you just 25k from anywhere in the continental US.

You can also redeem 45,000 miles for first class tickets, which is significantly better than the 89k Singapore will attempt to charge you.

Unfortunately, it's a bit difficult to acquire SKYPASS miles, as Korean is only a transfer partner of Marriott. While you can transfer both American Express Membership Rewards and Chase Ultimate Rewards to Marriott, the ratio is 1:1, making this a dismal use of points for either currency. Still, if you have a lot of Marriott points hanging around, Marriott will grant you an extra 5,000 miles for every 60k points you transfer, which is a pretty nice bonus.

Though you may not have a million Southwest points like Sam sitting around, there are still plenty of ways you can get you and (all) your family to Hawaii, with tons of great options to choose from.