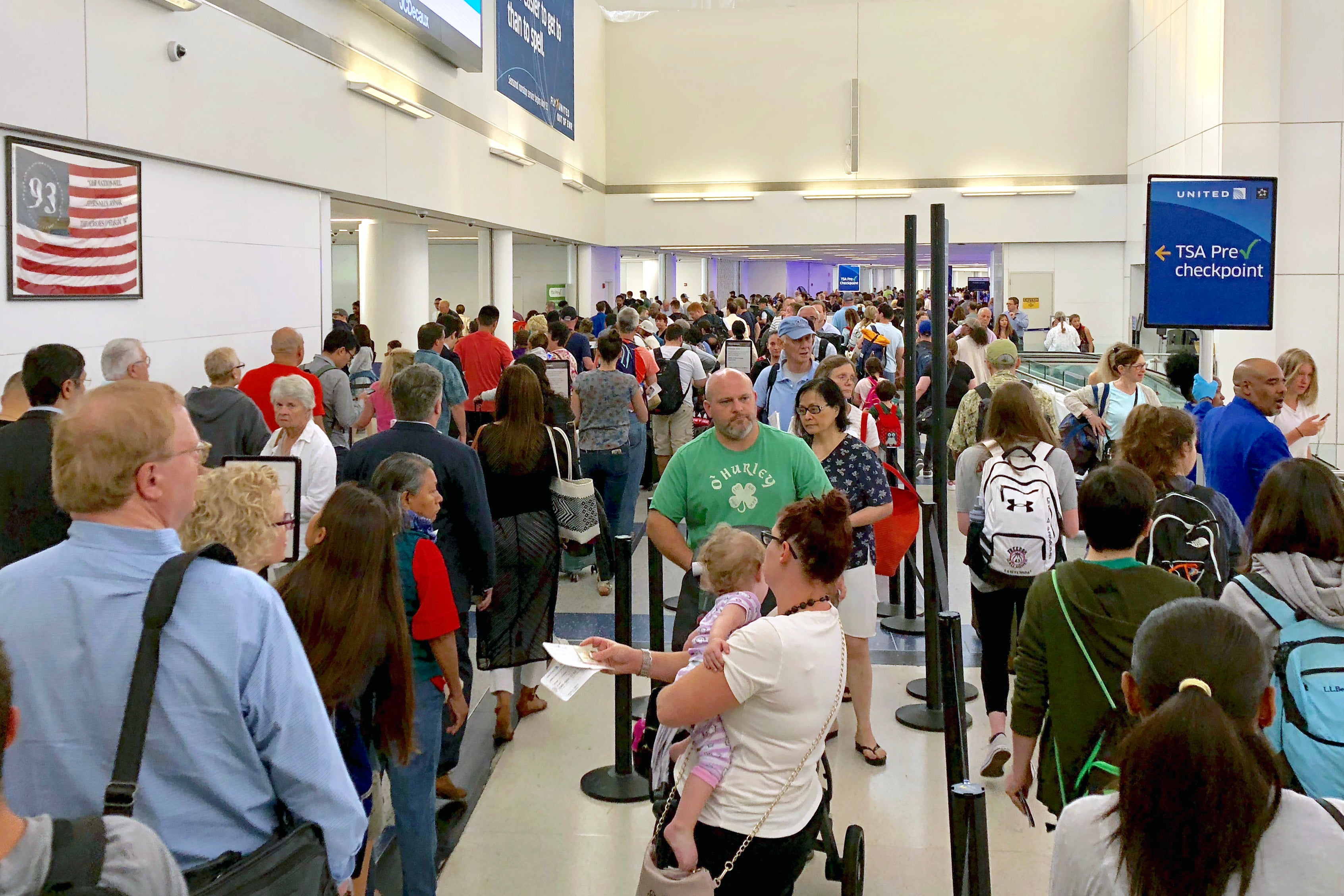 The Longest TSA PreCheck Line I've Ever Seen at Newark Airport
This post contains references to products from one or more of our advertisers. We may receive compensation when you click on links to those products. Terms apply to the offers listed on this page. For an explanation of our Advertising Policy, visit this page.

For half my life, I've flown out of Newark Airport (EWR) on a regular basis. At first, it was trips near and far on Continental, and after the merger, my airline of choice became United — EWR is now considered to be UA's premier East Coast hub.

According to the Swarm app, which I've used for a few years to track airport visits and flights, I've flown through Newark more than 250 times, but it's actually been many more than that. During all those visits, I've never seen a security-line situation anywhere close to what I — and countless other frustrated travelers — experienced today.

As a Global Entry member — which comes complimentary thanks to the up to $100 statement credit on my Chase Sapphire Reserve card — I always get access to TSA PreCheck. Normally that means a wait of five minutes or less; sometimes I'm even through in a minute or two.

When I saw the line below, however, I decided to head to United's "Premier Access" (first class and elite) line, instead, since that often gets me through more quickly, even though I have to remove my laptop and shoes.

That area was even more of a mess, though. Economy and Premier Access passengers were being grouped together in a line that weaved throughout the checkpoint, down an escalator and then past dozens of check-in kiosks, more than halfway through the rest of Terminal C.

Almost all of the passengers here are waiting to pass through security, even though they're standing next to the check-in counters:

I spotted a United employee very aggressively directing passengers, and asked him how long the wait was for first-class customers, since at that point I was worried I'd miss my flight. He responded (sarcastically, I presume) with "six hours." I wasn't amused.

Obviously six hours wouldn't work, but even a 30-minute wait would likely result in me missing my flight, so I headed back to PreCheck, hoping that enormous snaking line moved quickly.

Ultimately, I was through in just under 15 minutes, which isn't bad at all considering the enormous line, and the fact that fellow PreCheck passengers were so confused and frustrated that a fight almost broke out between the two travelers behind me.

Today, of course, is July 5, and the days before and after any major US holiday tend to lead to a huge jump in leisure travel. The TSA even warned of record-breaking crowds, though the 5th wasn't expected to top the list.

Since the PreCheck line did end up moving quickly, and my 777-200ER flight to Chicago (ORD) even left a couple minutes early, I'm guessing everyone made it through. That didn't make the wait any less stressful, though, especially for passengers that assumed they'd be in for a record-breaking wait.

While the security checkpoint itself is out of United's control, airline employees and contractors were attempting to guide passengers through the process — and failing quite miserably. I think the airline needs to implement a plan to better manage expectations, even if that just means adding some old-fashioned queue countdowns, as you've probably encountered at Disney World and other amusement parks.

If you're flying through the US this week or weekend, I'd budget some extra time to make it through security — even if you have TSA PreCheck. A CLEAR membership could certainly come in handy, too, although unfortunately there aren't any CLEAR-equipped checkpoints at Newark.

Hopefully UA will implement a better security flow very soon, or at least add some more helpful signage. In the meantime, I'm not going to panic the next time I see a PreCheck line this long — as it turns out, the longest security line I've ever seen at EWR still took less than 15 minutes to get through.