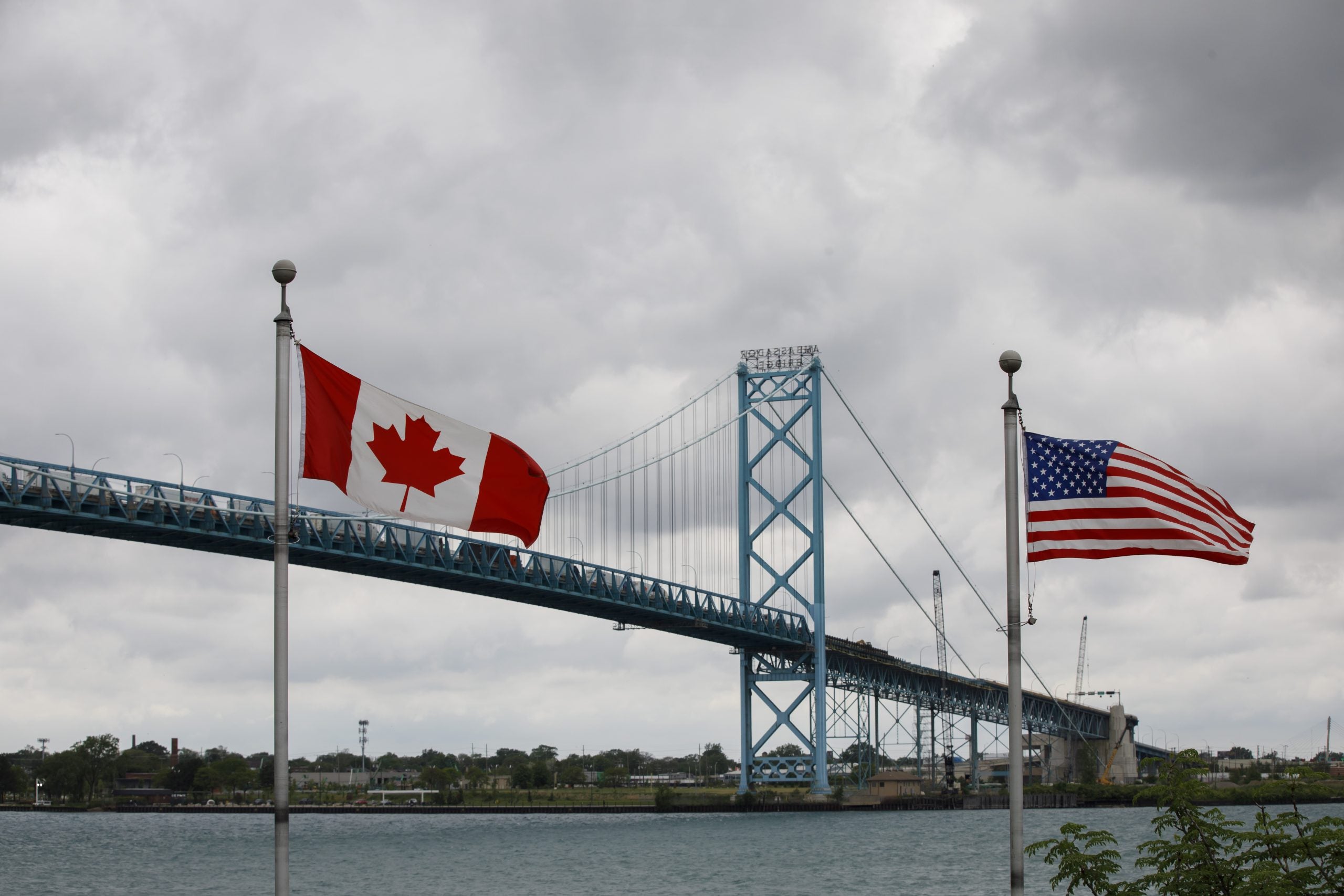 Soon, you’ll be able to fly into the United States from around the world for travel purposes. But one thing that’s still significantly harder to do: cross into the U.S. by land.

The U.S. has had restrictions on land and ferry crossings into the country since March 2020, or the early days of the COVID-19 pandemic. The ban has been renewed on a near-monthly basis and was recently extended at least another month until mid-October — even as the U.S. announced a plan to reopen to vaccinated international tourists, who will be allowed to enter by air for leisure purposes for the first time since the onset of the pandemic.

Why is the land border still closed?

Nonessential travel by land into the U.S. is more or less prohibited -- even though U.S. travelers are permitted to visit Mexico and Canada, and U.S. citizens who are returning from travel to either country can still enter the U.S. freely.

In August, I found out how easy it was to drive back to the U.S. when I visited Niagara Falls, Canada. There was no wait time at the Buffalo point of entry: I simply showed my passport, answered questions about the nature of my trip and zipped right through. In contrast, I waited in line to get through Canadian immigration for well over an hour.

So, why is the land border still closed — especially when Canada and Mexico are open to Americans and the U.S. is preparing to welcome foreigners by air?

Blame the delta variant. Or at least that’s what the federal government is saying.

The U.S. Department of Homeland Security has said the restrictions remain in place given the spread of the delta variant. DHS made that argument yet again in a tweet on Sept. 21. The agency did note that the guidance could be amended or rescinded before Oct. 21.

But let’s dig a little into DHS’s claims about restricting land travel due to concerns about the highly transmissible delta variant. We know now that air travel is not as big of a coronavirus superspreader as implied early in the pandemic. But it’s still possible, which pokes a hole into the logic to restrict some modes of travel and not others due to the variant.

And while the delta variant is indeed spreading in the U.S. -- over 4.1 million cases and 51,000 deaths have been reported in the last month alone -- cases have sharply dropped on one side of the border, in Mexico. Mexico reported 29,000 positive cases in mid-August and has recently halved that figure. Additionally, just 50% of the U.S. population is fully vaccinated, compared to 71% of Canadians (only 35% of Mexicans are fully vaccinated).

And yet, the land border remains shut for travel even as one side of the border has vaccinated the majority of its citizens, and another side has seen a significant decrease in positive cases.

There is another reason why the land border has remained closed, members of the travel industry have said.

There’s simply a lack of proper staffing at U.S. land borders, said U.S. Travel Association CEO, Roger Dow. Agents from the U.S. Customs and Border Patrol and responsible for processing a person’s entry into the U.S., and in remarks at the annual IPW travel conference in Las Vegas last month, Dow theorized that the ban remained in place due to staffing issues at the northern and southern U.S. borders.

In a follow-up request for clarification on Dow's remarks, a spokesperson told TPG that the association is pressing the Biden administration to "quickly find a solution" and ensure "appropriate resources" are available to reopen the land borders.

"U.S. Travel is engaged with the White House and administration, urging them to lift restrictions on land borders as has been announced for air," a spokesperson told TPG via email. "While the reopening of air travel is a big step forward, our land borders with Canada and Mexico remain closed through at least October 2021, costing the U.S. economy nearly $700 million per month."

More people do arrive in the U.S. by land than air, with U.S. officials processing 682,000 people coming by land on a typical day, according to 2019 Customs and Border Protection data. Unlike air travel, people arriving at the U.S. border can do so by foot, bike or vehicle. (There is little data on COVID-19 transmissibility from land vehicles such as cars and buses.)

Staffing has long been an issue at CBP. Two members of Congress reached out to the White House in the spring, saying that Northern Border Patrol Agents “continue to remain understaffed and overworked.”

The White House didn’t allude to staffing issues in its announcement that it would extend the ban yet again. Most recently, COVID-19 response coordinator Jeff Zients simply said the ban would continue at least for another month.

“We do not have any updates to the land border policies at this point. Title 19 is being extended for another month, as it is done on a monthly basis, through Oct. 21, and as I said, no further updates on that policy at this point,” Zients said.

But that update isn’t good enough for many members of the travel industry — nor is it good enough for jurisdictions and residents near the borders of Canada and Mexico. People on both sides of the border have insisted their economies are taking a hit due to the ban.

Washington State Gov. Jay Inslee sent a letter to President Biden last week calling for the restriction to be rescinded, noting that 85% of one border community’s economy depended on commercial activity by Canada.

“The harms and economic depredations experienced by these communities grow more dire with each month – and each monthly extension of these blanket restrictions,” Inslee wrote.

As the U.S. prepares to reopen to air travelers worldwide, it will also have to answer tough questions about why those closest to our borders -- and are among the U.S.’s closest allies -- are still barred from entering by land.

Related stories
Big news: Virgin Atlantic is joining SkyTeam alliance
Amazon is launching a 2nd Prime Day sale in October — here are 4 things you need to know
Limited-time way to get half-off Virgin Voyages sailings, plus more perks for Bilt cardmembers
Here's what happens when Disney World is hit by a hurricane
Featured image by Bloomberg via Getty Images
Editorial disclaimer: Opinions expressed here are the author’s alone, not those of any bank, credit card issuer, airline or hotel chain, and have not been reviewed, approved or otherwise endorsed by any of these entities.

Our points-obsessed staff uses a plethora of credit cards on a daily basis. If anyone on our team wouldn’t recommend it to a friend or a family member, we wouldn’t recommend it on The Points Guy either. Our opinions are our own, and have not been reviewed, approved, or endorsed by our advertising partners.
See all best card offers
Related stories
News
Big news: Virgin Atlantic is joining SkyTeam alliance
Guide
Amazon is launching a 2nd Prime Day sale in October — here are 4 things you need to know
Deals
Limited-time way to get half-off Virgin Voyages sailings, plus more perks for Bilt cardmembers
News
Here's what happens when Disney World is hit by a hurricane