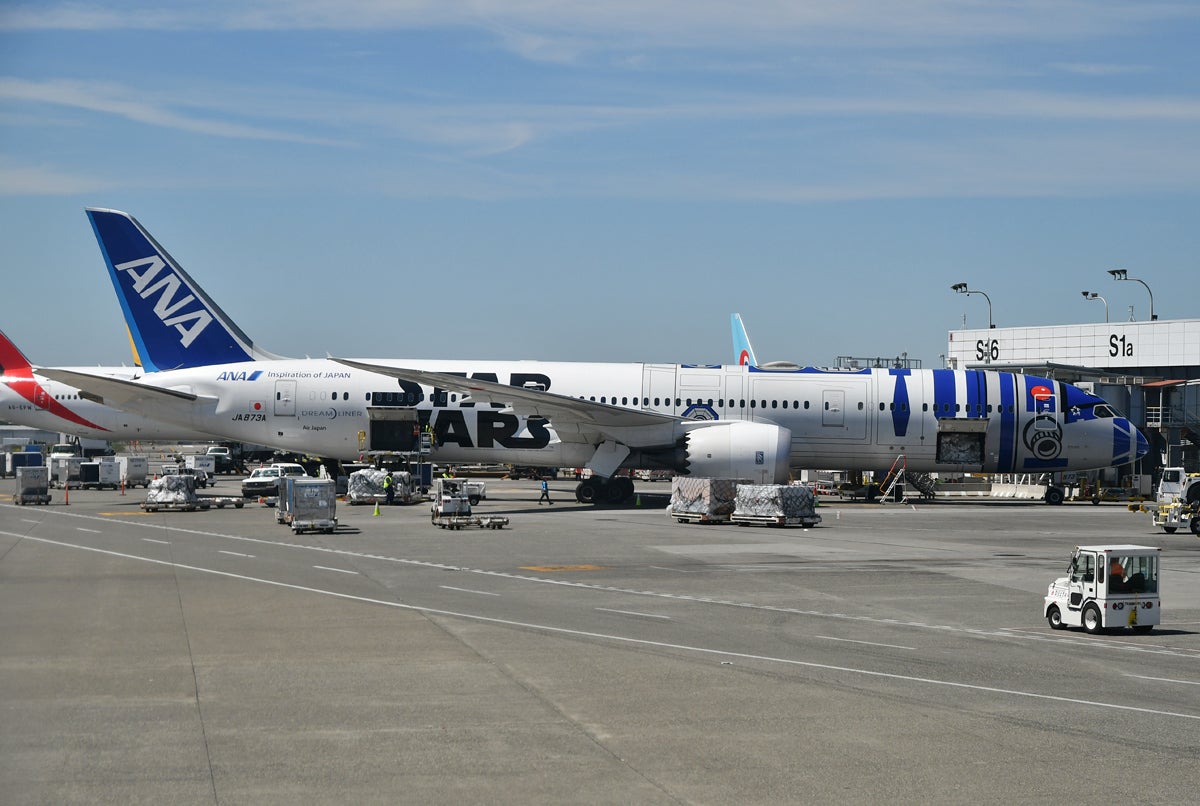 Today Alaska Airlines unveiled its new Disney-themed Boeing 737, the seventh Disney-inspired plane to fly in the airline's fleet. Painted with Disney characters, the plane made its debut at Sea-Tac International Airport earlier this morning, then took flight to San Francisco International Airport for the official dedication ceremony. The celebration was complete with food, music, and a host of Disney character (hey there, Buzz Lightyear!)

But it's not the only kid-friendly paint job flying today. This new Disney-themed plane inspired us to look into other unique liveries, specifically those geared towards kids. Let's take a look at some of the neatest child-friendly liveries in service right now — some that have been around for years, others that have just recently taken flight and one that we're all still eagerly awaiting.

Alaska Airlines' "Incredibles 2" plane was introduced to the public about a month before the release of the movie sequel itself, in mid-2018. On the exterior of the aircraft, you'll find the family of "Supers" and even a surprise guest on the winglet: Rocky the raccoon.

Taiwan's Eva Air has an entire fleet of aircraft dedicated to the popular Hello Kitty characters. Not only are the exteriors of the fleet adorned with Hello Kitty and her friends, but the cabins have also been decorated. For more about the entire Hello Kitty experience, check out TPG's review of a Hello Kitty plane.

Japan's largest airline, ANA, has painted four of its aircraft in Star Wars-themed liveries: a Boeing 767, two 777s and one 787. Each aircraft has a different design and diehard Star Wars fans can even track each aircraft on this dedicated website, which tells you when and where to go if you want to fly on or photograph these special planes.

Earlier this year, United unveiled its own Star Wars livery plans for one of the airline’s Boeing 737-900s. The color scheme reflects the two sides of the force in the Star Wars franchise: the light side and the dark side. The plane isn't in action quite yet, but the design sure is slick!

Just a few weeks ago LATAM Brazil unveiled its own Star Wars livery. It can be found on PT-MUA, an 11-year-old Boeing 777-300ER, which operates long-haul flights from the airline’s hub at São Paulo-Guarulhos (GRU) to destinations including Orlando, Miami, Madrid, Frankfurt and Paris.

The livery celebrates the new Star Wars Galaxy’s Edge attraction at Walt Disney World in Orlando, Florida. And it features a gigantic stormtrooper on the aircraft’s tail and a black stripe with text promoting the new Disney World attraction.

Similarly to LATAM's and ANA's livery, Virgin Atlantic has an aircraft decorated with a Star Wars Galaxy’s Edge theme.

Named “The Falcon,” the aircraft is an 18-year-old Boeing 747-400 that's wrapped with a huge Millennium Falcon and Walt Disney World/Star Wars Galaxy's Edge logos. As it happens, this aircarft serves, among others, the airline's routes between the UK and Orlando.

Earlier this year Alaska Airlines unveiled a special-edition Captain Marvel Boeing 737 to celebrate the debut of the Captain Marvel film. The aircraft is registered N531AS and it flies throughout the mainland US and to Hawaii.

In early 2018, China Eastern Airlines unveiled its 'Toy Story' Airbus A330s in partnership with Shanghai Disney Resort. Much like Eva Air's Hello Kitty aircraft, both the exterior and interiors are themed, offering what's sure to be a truly immersive experience.

To commemorate Disney's ever-popular film "Frozen," Westjet decided to paint an entire Boeing 737. On the exterior, you'll find a variety of characters from the movie, and even more excitingly, the interior is decorated with each of the seasons. The front of the plane looks like summer and as you move toward the back, it becomes winter.