Articles
Samantha Rosen was one of the first 20 employees at TPG. She started as the site's first full-time social media editor and also served as its lifestyle editor.
Follow
Aug. 22, 2019
•
3 min read 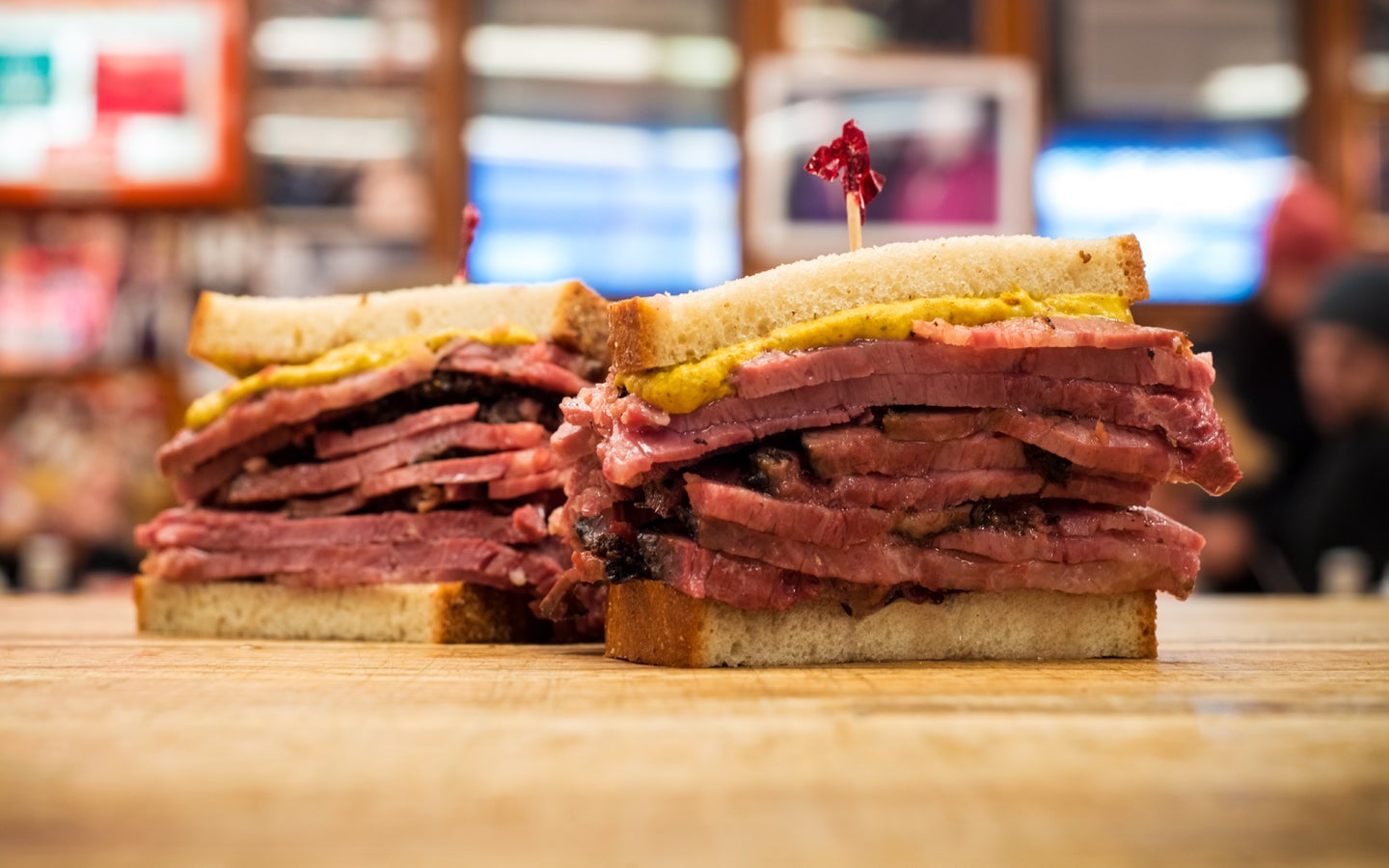 Katz's Deli Is Coming to 4 New Cities — So Get Ready to Have What She's Having
This post contains references to products from one or more of our advertisers. We may receive compensation when you click on links to those products. Terms apply to the offers listed on this page. For an explanation of our Advertising Policy, visit this page.

Katz's Deli is a New York City institution beloved by both locals and tourists for the past 132 years —and for good reason. Its pastrami sandwiches are second to none, and the knishes are the stuff of legend. Just ask Sally from "When Harry Met Sally."

The good news is you can now get your fix without having to hop on a plane to the Big Apple, thanks to the deli's partnership with Uber Eats. From Thursday, Aug. 22, until Sept. 12, you can experience Katz's Deli in major cities all across the nation: Miami, Los Angeles, Chicago and Boston.

Best of all, if you play your cards right, you might even be able to get it for (mostly) free. More on that in a minute, though.

According to a statement, Uber will deliver the deli's famous pastrami as a "make-at-home [sandwich] kit" alongside "a best-selling local sandwich" in a single, exclusive delivery by Uber Eats during a so-called roadshow of deli meats.

From Thursday, Aug. 22, to Aug. 25, residents and travelers in Los Angeles can experience Katz's Deli and a Belcampo sandwich with an Uber Eats delivery featuring the famous Belcampo Burger — made with a half-pound of 28-day, dry-aged Belcampo beef, white cheddar, caramelized onion, house sauce and butter lettuce on a brioche bun — plus the make at home pastrami sandwich kit for $27.

Come September, Katz's and Mike & Patty's in Boston will serve up "The Fancy" egg sandwich, plus the make-at-home pastrami, kit for $21 (available from Sept. 6 to 8). The last stop on the deli tour is Miami where, between Sept. 9 and 12, you'll be able to order La Carreta's Famous Cuban Sandwich and the pastrami kit for under $19.

Since Katz's is partnering with Uber for the pop-up, you can put your $15 monthly credit toward your order if you have The Platinum Card® from American Express. It's one of the card's most popular perks. Even though Katz's pastrami is worth every penny, this benefit will still save you a chunk of change.

If you do ever find yourself at the original Katz's Deli on the Lower East Side, don't order your sandwich on white bread with mayo ... or worse, forget your ticket. And trust us when we say you'll definitely want to have what New York is having.

Featured image by Image courtesy of Katz's Deli
Editorial disclaimer: Opinions expressed here are the author’s alone, not those of any bank, credit card issuer, airline or hotel chain, and have not been reviewed, approved or otherwise endorsed by any of these entities.