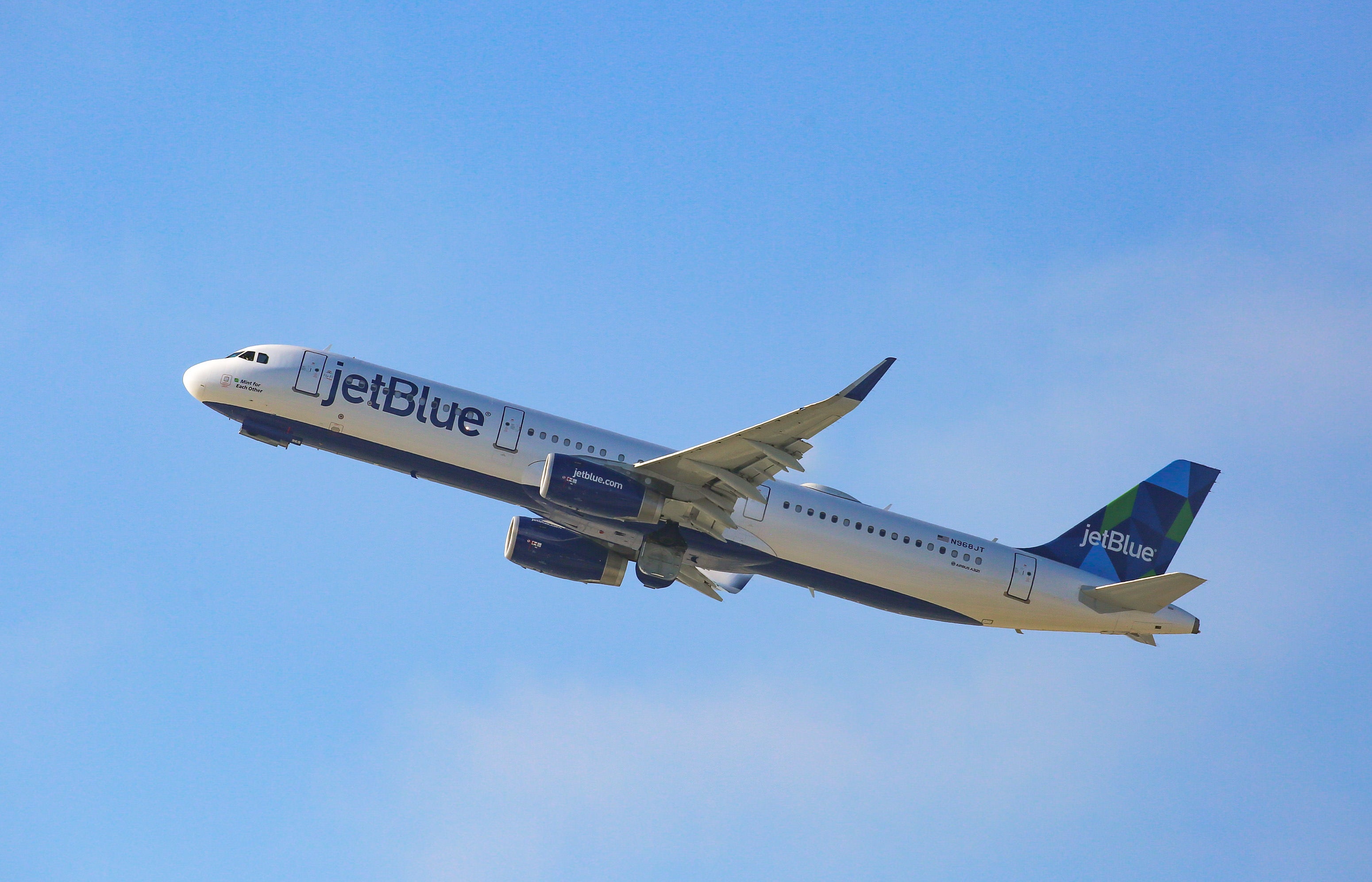 JetBlue plans more premium Mint seats on London flights
This post contains references to products from one or more of our advertisers. We may receive compensation when you click on links to those products. Terms apply to the offers listed on this page. For an explanation of our Advertising Policy, visit this page.

JetBlue Airways plans to expand the premium Mint cabin on the Airbus A321LRs that it will use to launch London flights in two years.

The New York-based carrier plans to have a "bigger front cabin than our Mint aircraft have today," Andrea Lusso, JetBlue's director of route planning, said Tuesday at the World Routes conference in Adelaide, Australia. He did not say how many additional seats will be installed.

JetBlue will fly the A321LR, a long-range version of the A321neo, on its planned flights to London from Boston Logan (BOS) and New York John F. Kennedy (JFK). JetBlue says the routes will launch in 2021. The A321LR is the same size as the current A321 and the A321neo.

Related: JetBlue to Fly Between Boston/NYC and London

The airline's current fleet of premium-configuration A321s have 16 lie-flat Mint seats, including four private suites. They also have 41 extra-legroom economy seats and 102 economy seats for a total of 159 passengers.

Based on configurations of A321s at other carriers around the world, JetBlue has flexibility to add more premium seats. American Airlines configures its A321Ts with 30 lie-flat seats, including 10 in first class and 20 in business class, but a total of only 102 passengers.

"We’re going to dedicate a good amount of the aircraft to Mint," said Lusso on JetBlue's plans for the A321LR.

A larger Mint cabin will be good for passengers willing to pay for what is expected to be a reasonably-priced business class seat across the Atlantic. However, unless JetBlue changes its rules regarding Mint, upgrades are not available unless a passenger pays the difference in fare or buys one at the gate.

Related: The Plane That Will Take JetBlue to London

JetBlue has already said that its A321LRs will have a new onboard product. CEO Robin Hayes said in April that the carrier is "reimagining the Mint experience" for its planned London flights.

“Our intent is to create an experience like flying on a private airplane, but for a fraction of the price," Hayes continued, without providing further details.

JetBlue is still working on what London airport, or airports, it will serve. Lusso reiterated at World Routes that this is still in the works.

The plans for a larger Mint cabin for its London flights comes as JetBlue also evaluates offering some premium amenities on its shuttle-like routes from Boston. The airline is considering amenities like free same-day changes, coffee at boarding gates, and wine and beer on its flights between Boston and the three New York-area airports, Philadelphia (PHL) and Washington National (DCA).

JetBlue debuted its first A321neo on flights between JFK and Fort Lauderdale earlier in September. The carrier has firm orders for another 58 A321neos, as well as 13 A321LRs and 13 A321XLRs, the latter being an even longer-range version of the neo than the LR.