Articles
Ben Mutzabaugh is the senior aviation editor and heads TPG’s airline coverage. Ben joined TPG in March 2019 after nearly 19 years at USA Today, where he launched the long-running, industry-leading Today in the Sky blog in 2002.
Follow
May 11, 2022
•
5 min read 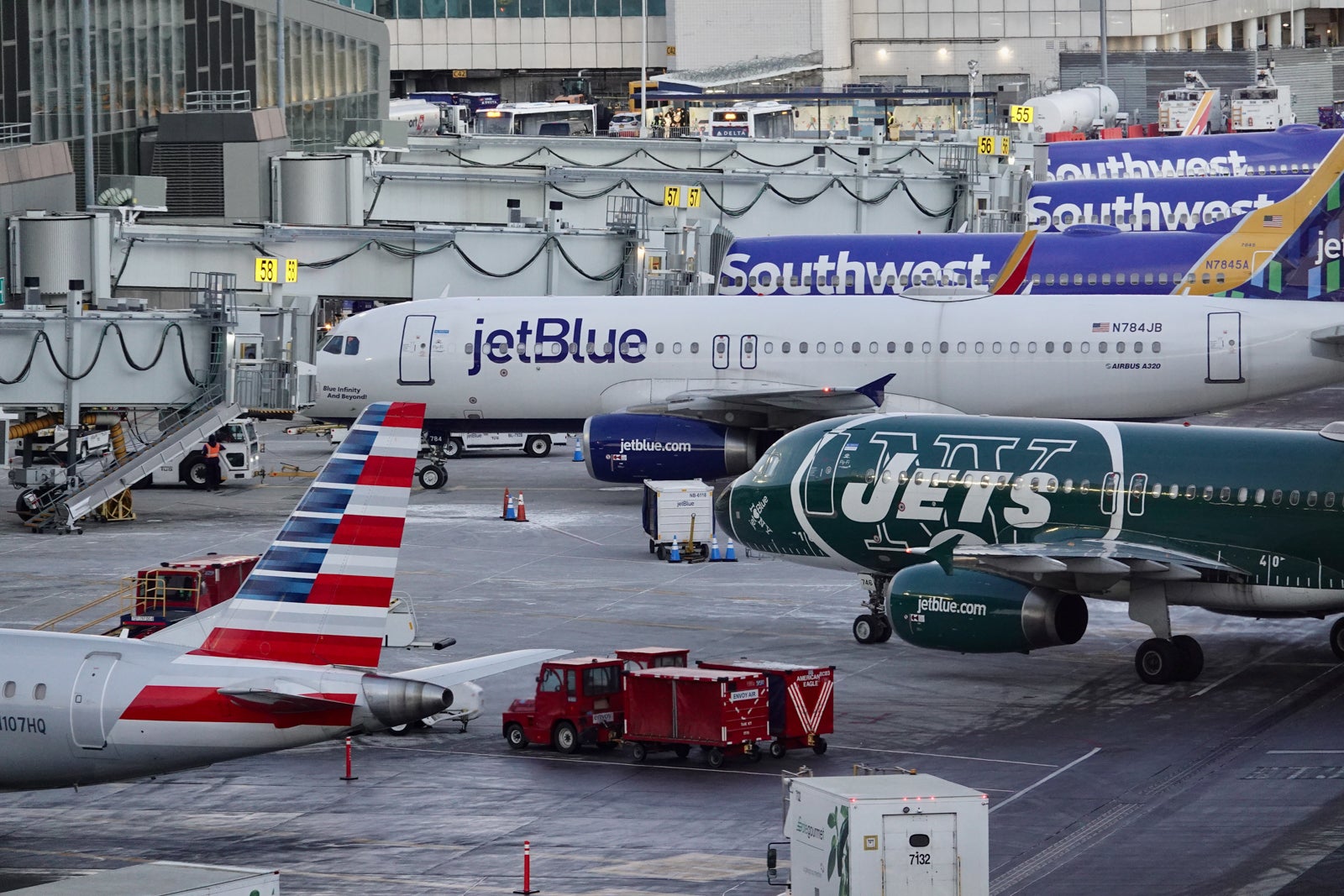 That’s according to the J.D. Power 2022 North America Airline Satisfaction Study, which found stress and aggravation are returning along with passengers amid a broader rebound in air travel. The decline in 2022's satisfaction rating follows two consecutive years of record-high scores in the J.D. Power report.

“Customer satisfaction with North American airlines climbed to unprecedented highs for all of the wrong reasons during the past two years,” Michael Taylor, travel intelligence lead at J.D. Power, said in a Wednesday statement highlighting the study’s findings. “Fewer passengers meant more space on airplanes, less waiting in line and more attention from flight attendants. But that business model was simply not sustainable.”

Indeed, passenger numbers plummeted during the pandemic, dropping to historic lows in 2020. But a slow rebound began to take hold in 2021, and it's hit full stride in 2022. Now, travelers face the prospect of full flights and scarce hotel options during what’s shaping up to be a “sold-out summer.”

For J.D. Power's 2022 study, travelers said they were unhappy with airfares that have risen astronomically as passengers have returned faster than airlines have been able to ramp up operations following cutbacks made during the pandemic. And passengers in first and business class seem particularly unhappy with reduced food and beverage service. “Premium passengers want their free drinks,” J.D. Power noted.

“Now, with volumes surging and some remnants of pandemic-era constraints still in place, passenger satisfaction is in decline,” Taylor added. Still, he said “that’s not really bad news” for airlines if they can “find ways to manage these growing volumes while making some small adjustments to help passengers feel more valued.”

Sold-out summer: 31 travel tips to keep your trip on track and on budget

J.D. Power also shook up the airline ratings that had become a staple of its satisfaction studies over the years. In previous years, J.D. Power rated airlines either in one overall list or by breakdowns that tended to compare full-service and budget carriers in their own categories.

But J.D. Power’s 2022 study instead ranks airlines by three service types: first/business class, premium economy and economy/basic economy. The study is based on responses from 7,004 passengers who flew on a major North American airline within the U.S. and Canada during a 12-month window through March 2022.

Wallet-buster: Why are airfare and hotel rooms so expensive right now?

JetBlue took the top spot in both the first/business and premium economy ratings. That comes despite the fact that JetBlue’s “Mint” business-class seat is available only on select U.S. routes and that it does not offer a formal “premium economy” seat. But J.D. Power lumped JetBlue’s “Even More Space” seats that feature up 7 extra inches of legroom into its premium economy category. JetBlue's strong showing comes during an otherwise eventful year for JetBlue. The carrier made an offer, since spurned, to acquire budget rival Spirit Airlines and has found itself struggling through a springtime bout of delays and cancellations.

Elsewhere in the 2022 J.D. Power study, Southwest finished No. 1 in the “economy/basic economy” category, outpacing No. 2 JetBlue and No. 3 Delta.

Last year, J.D. Power rated the airlines in a single category – with Delta finishing first ahead of Southwest and Alaska.

Shortage alert: Renting a car this summer? Things are getting better, but it could still be dicey

Scroll down for the full 2022 rankings.

Inflight service is back: Here’s what food and drinks you can expect on your next flight