Life on the Upper Deck of Qatar's Boeing 747-8 Freighter 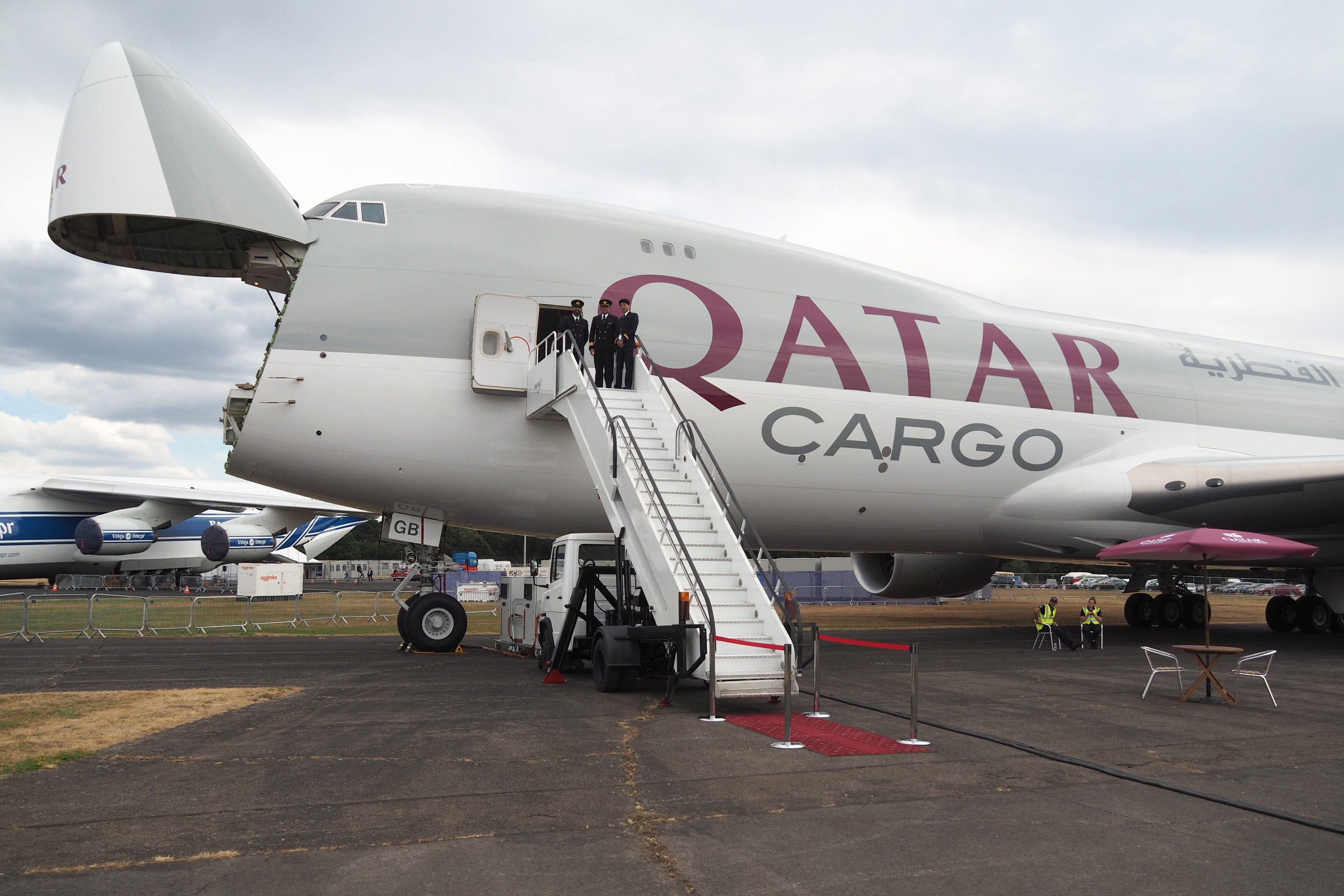 You probably knew that Qatar Airways operates a fleet of A380s — the double decker Airbus is the only place you'll find the carrier's long-haul first-class product — but Qatar also operates the world's other four-engined commercial jet still in production: the Boeing 747-8, in its -8F cargo version.

Instead of the 350+ travelers you can carry on the passenger variant, Qatar's 747-8 freighters can accommodate just six, plus about 300,000 pounds of cargo.

The airline owns two -8 freighters — A7-BGA and A7-BGB, which I had a chance to tour at this week's Farnborough Air Show.

While the passenger 747-8 can fly more than 9,000 miles without stopping, the freighter version is designed to fly a maximum of 5,000 — any more would require shedding valuable cargo.

As a result, Qatar primarily flies its -8s to Amsterdam (AMS), Frankfurt (FRA) and Hong Kong (HKG), though the aircraft can be used for charter operations as well. It carries a variety of goods — due to the embargo on Qatar stemming from a diplomatic crisis with its Gulf neighbors that began last year, much of the country's food needed to be imported by air, so these particular freighters were often tasked with transporting fruits and vegetables.

Cargo is stored both on the main deck, and in the lower hold — an area you'll find on passenger 747s as well.

Life on the Upper Deck

Unless they're downstairs tending to animals, crewmembers spend almost all of the flight on the upper deck.

As with all 747s, that's where you access the cockpit — the same version you'll find on the passenger 747-8.

With 747 freighter flights rarely lasting more than eight hours, one set of pilots can operate each trip.

There are a total of six premium economy-style recliner seats available for cargo and other staff, in addition to the four seats in the cockpit.

The upper deck also has a pair of crew rest cabins — they're larger and more private than any I've encountered on a passenger plane.

There's also a small galley — the captain was especially excited to show off the espresso machine.

And, finally, a standard lavatory — there's just one on this jumbo jet.

These 747s provided a critical service to the country's citizens, flying food in from around the world, during the initial months of the ongoing blockade, at a tremendous cost compared to traditional land or sea methods.

The airline says that essential cargo now comes in by sea, and that its freighter fleet has returned to serving its regular routes successfully.

This story has been amended to show that Qatar Airways Cargo played a fundamental role in the initial phase of the blockade, but doesn't now.