Airline Assured Flight Attendant She'd Be Safe to Fly to Mexico. When She Returned, ICE Detained Her. 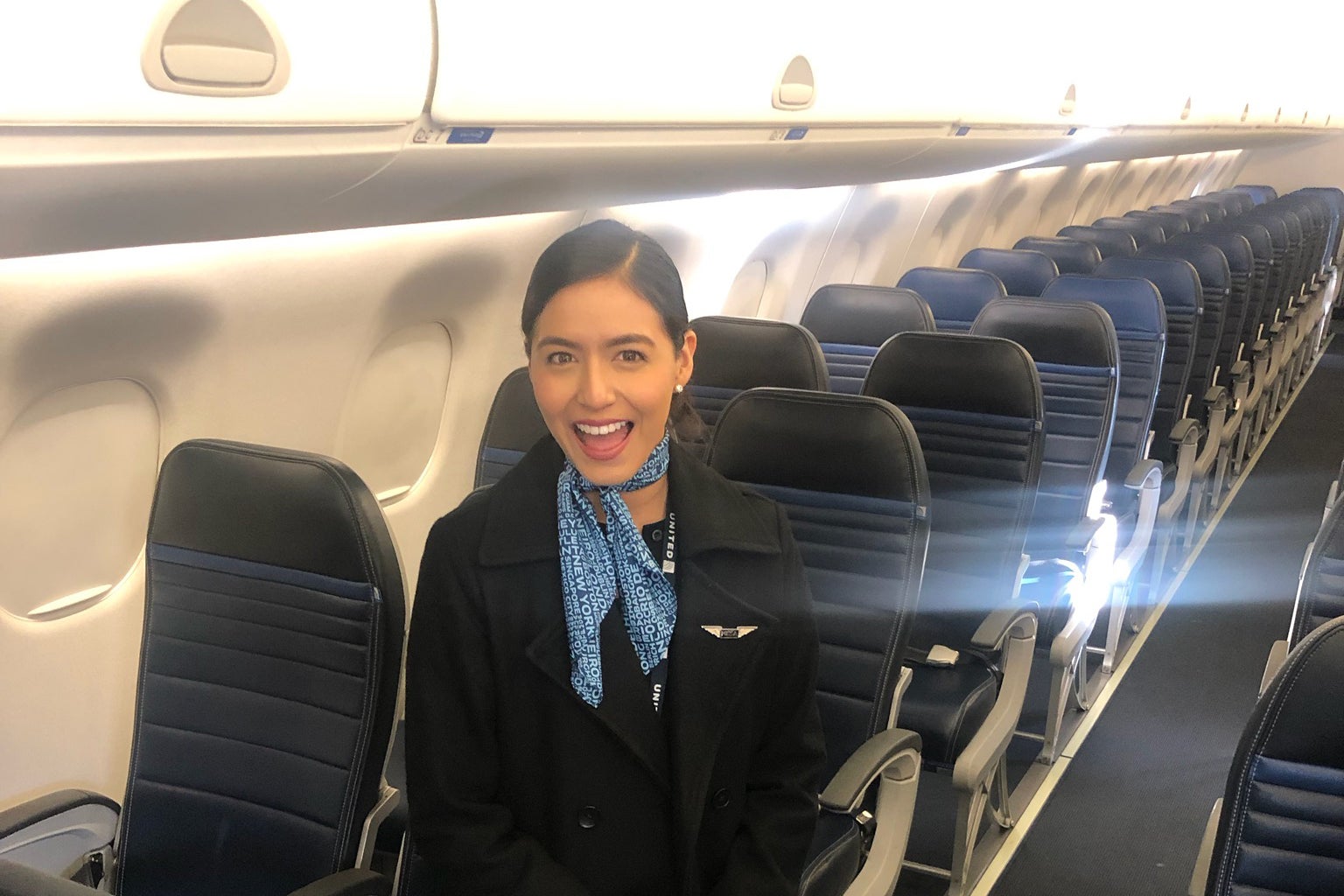 Airline Assured Flight Attendant She'd Be Safe to Fly to Mexico. When She Returned, ICE Detained Her.
This post contains references to products from one or more of our advertisers. We may receive compensation when you click on links to those products. Terms apply to the offers listed on this page. For an explanation of our Advertising Policy, visit this page.

This story was edited to update the number of times detainees are allowed outside, and to remove reference to Saavedra having a Peruvian passport on her during her flight.

A dream job has turned into a nightmare for a Texas flight attendant who is now sitting in an immigration detention center and facing deportation to South America.

"It really boggles my mind why the government would want to seek to continue to detain someone with no criminal history who was a graduate of Texas A&M and who was approved and on her way to citizenship but was held for what was obviously a mistake," the woman's attorney, Belinda Arroyo, said in a telephone interview. "But here we are, almost a month and a half later."

Selene Saavedra Roman, 28, a resident of College Station, Texas, had been a crew member for Phoenix-based Mesa Airlines for less than a month in February when she was scheduled for a flight to Mexico out of Houston's George Bush Intercontinental Airport (IAH), even though she'd already made it clear that she didn't want to work any flights outside the US.

Mesa Airlines operates regional flights for American Airlines and United Airlines. This flight was for United.

Saavedra immediately told her supervisors she was worried -- she was, after all, a so-called Dreamer, one of an estimated 700,000 immigrants to the US who fall under the Deferred Action for Childhood Arrivals policy. Saavedra came illegally to the US from Peru when she was 3 years old, grew up in Dallas, went to college in Texas, and married a US citizen. She has a Social Security number and pays taxes, and was halfway through the process of getting her official citizenship. Leaving the country, she feared, could jeopardize her DACA status.

But Mesa Airlines insisted she was legally all right to fly to Mexico and back.

"She should be okay because it's part of DACA as long as it is not expiring," a supervisor at Mesa wrote in an email reviewed by The Points Guy.

Saavedra's DACA status is good until November 2019, according to a Department of Homeland Security notice also seen by TPG. And though the legal battle continues over whether the Trump administration can revoke the policy or not, a federal judge ruled in August 2018 that the policy could continue for now.

According to her husband David Watkins, Saavedra agreed to work the flight because she was a new hire, still on probation at the airline and was afraid she might lose the job she'd just gotten.

Saavedra flew to Mexico out of Houston on February 12, then got on a return flight for an immediate turnaround. It was the first time she'd left the States since she'd entered it as a child. When she went through customs, officials told her her paperwork wasn't in order and pulled her aside.

She ended up being held at the Houston airport for 24 hours, then Immigrations and Customs Enforcement transferred her to a privately run immigration detention facility in Conroe, Texas, one of several that have sprouted up in the past couple of years to cope with the administration's restrictive border policies.

"She spent Valentine's Day in prison, I know that," Watkins said in a telephone interview. "They're only allowed outside once a week, like in a concrete courtyard where I guess they can look at the sky, and maybe they have grass. She wakes up at 6 for chow, and it's lights out at 10:30pm, and it's all about the other prisoners trying not to tear each other apart. I can visit her for an hour once a week, but I can't bring her books or photos, and it's through two inches of glass. I mean, yeah, it's a prison."

[Editor's note: Detainees at the facility are sometimes let into an outdoor recreation area more than once a week.]

According to Arroyo, immigration officials at Houston airport previously would have granted Saavedra a parole — a legal exception that would have allowed her, as a DACA recipient, to leave and reenter the country without hassle. But because of DACA's legal limbo, it's not clear whether paroles still apply.

But what is clear, her lawyer said, is that Mesa shouldn't have sent her out of the country, and that ICE has no real reason to keep her.

"Sure, it was a huge mistake on her part to agree to do it, but it was also a huge mistake on the airline's part to advise her to do it," Arroyo said. "But these mistakes don't change the fact that the administration is holding someone who's on DACA when it's clearly just a mistake."

Worse, Arroyo said that she learned recently that ICE has actively pushed to revoke Saavedra's DACA status and deport her to Peru. Saavedra's scheduled for an April 4 hearing where she will have to convince a federal immigration judge that she shouldn't be sent to a country she hasn't seen since she was a toddler. Arroyo said neither Mesa nor United has been in contact about the situation.

"On Feb. 12, Peruvian national Selene Saavedra Roman, 28, applied for admission to the United States without valid entry documentation. She was taken into custody by US Customs and Border Protection officers and processed as a refused crewmember," ICE said in an emailed statement. "Saavedra Roman is currently in ICE custody pending adjudication of her immigration proceedings," it added.

A statement from Mesa Airlines said that “we are aware of this situation and are working to better understand what happened.”

Watkins said that, besides the legal issues, he's worried about his wife's emotional health. "She just sounded empty today, like completely empty," he said.

And it's all the more painful to think that her love of travel and flying is what led to Saavedra being caged, he said.

"She really liked her job, even though it was tiny, regional airports and tiny, regional places," Watkins said. "Now I don't even know if she'll be allowed to have a job or become a citizen after this."

UPDATE: The Association of Flight Attendants is asking people to sign a petition in support of Selene here. It will be presented to Kirstjen Nielsen, DHS Secretary, Ronald D. Vitiello, Acting Director, ICE. As of early Friday afternoon, there were close to 8,000 signatures.