Articles
Cameron Sperance is a senior hotels reporter at TPG. He covers anything to do with the hotel industry, from the guest experience to the business itself.
Follow
April 15, 2022
•
6 min read 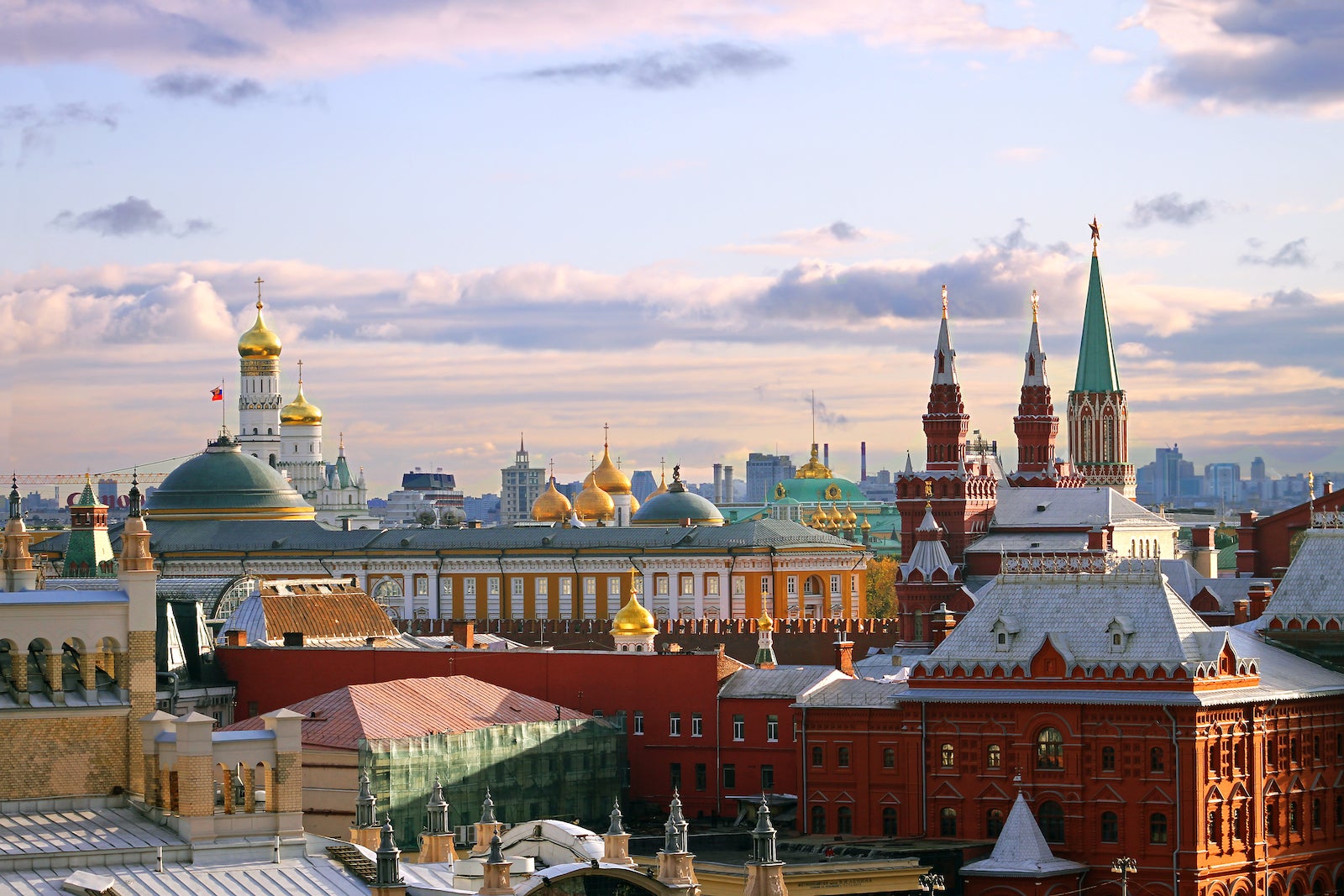 Hyatt becomes 1st US hotel company to terminate hotel contract over Ukraine war
This post contains references to products from one or more of our advertisers. We may receive compensation when you click on links to those products. Terms apply to the offers listed on this page. For an explanation of our Advertising Policy, visit this page.

Hyatt cut ties with a hotel in Moscow and will end service provisions at a property in the former Winter Olympics host city of Sochi, Russia, the Chicago-based hotel company announced Wednesday.

It's the first publicly known instance of a major Western hotel company scaling back its existing hotel presence in Russia following the invasion of Ukraine.

Hyatt’s “association, contracts and relationship” with the Hyatt Regency Moscow Petrovsky Park ended late last month, a Hyatt spokesperson told TPG. The company is also suspending the “provision of services” at the Hyatt Regency Sochi at the end of Thursday.

When asked for clarification on what this entails, the Hyatt spokesperson indicated World of Hyatt members staying at the Sochi hotel would not be eligible for program benefits like earning points and on-property benefits.

“To the extent we are able to do so, we are working with the hotel to ensure a smooth transition of operations from our management structure and brand to minimize impact on colleagues and guests,” the spokesperson added. “Members with reservations at this hotel for stays April 15, 2022, and beyond may contact the hotel directly.”

As of April 15, Hyatt’s footprint in Russia will be three hotels, the spokesperson later told TPG.

It’s unlikely these companies will quickly follow Hyatt’s lead in a widespread manner.

“I think it’s going to be a case-by-case basis unless the war gets any uglier than it is today,” said Nicolas Graf, associate dean at New York University’s Jonathan M. Tisch Center of Hospitality. “It’s a reputational issue more than anything else.”

Blame it on the corporate structure

Hotel companies don’t own most of their hotels and instead franchise out branding rights to individual owners. This means major companies perform a tightrope act in crises like the war in Ukraine by trying to appease individual hotel owners, shareholders and politicians.

Hotel companies were notable holdouts in keeping the lights on at existing properties in the region. Major brands from other industries like McDonald’s and Starbucks suspended operations entirely. The hotel industry’s defense at the time was that it was harder for them to disentangle from long-term, third-party contracts with franchisees.

“It’s going to be a slow one-by-one [by property departure] if a hotel company decided to leave Russia,” Graf said. “If they have pressure to do so or the CEO has a conscience on Ukraine, perhaps they’ll negotiate with owners to pause and maybe renew things when the conflict is over.”

But U.S.-based Hyatt, Hilton and Marriott can face different shareholder and political pressures than United Kingdom-based IHG or Paris-based Accor. Sébastien Bazin, the CEO of Accor, has already defended the company’s decision to keep existing hotels open in Russia because they are shelters to many people, including Western journalists, diplomats and those working for nongovernmental organizations — "as it has been the case for the past 50 years," according to a company statement.

Other analysts argued it would be easier for a hotel owner in Russia to continue operations, even if a brand like Hilton or Marriott cut ties with that owner. McDonald’s ending food deliveries to a restaurant means the lifeblood of the operation is over. It’s easier to find alternative sheet and food suppliers for a hotel if a contract gets cut.

“I appreciate this is not a great look for them, and I just expect there’s not an awful lot they can do about it,” Richard Clarke, a managing director covering global leisure and hotels at Bernstein told this reporter last month. “A McDonald’s that’s not a McDonald’s is nothing, right? You can’t carry on operating McDonald’s because you need McDonald’s to supply you with the food. If Marriott stops providing you with the food, the hotel is still there. It would just be a token effort.”

There is even historical precedent for a hotel brand remaining in an area seemingly at odds with the U.S.-led West: InterContinental’s first location in Brazil came about with the encouragement of U.S. President Franklin D. Roosevelt, who wanted Pan Am founder Juan Trippe to build a chain of business-oriented hotels. The idea was this symbol of American wealth would deter certain parts of the world from converting to communism.

Hyatt’s decision to pull back comes as the Russian-led war rages on. Horrific reports and imagery from shelled Ukrainian cities rallied many global leaders to support Ukraine and unfurl a continuous wave of sanctions on Russian oligarchs and their family members.

“We continue to evaluate our existing agreements with the third-party entities that own Hyatt hotels in Russia, including open and unopened hotels, while complying with applicable sanctions and government directives, keeping our purpose of care as well as the safety and wellbeing of our colleagues at the center of every decision we make,” Hyatt said in a statement Wednesday. “As a global Hyatt family, we hope for a resolution to this humanitarian crisis as quickly as possible.”

It was not immediately clear if any other major Western hotel company made similar moves in recent days or plans to follow suit.

Spokespeople at Marriott did not respond to TPG’s request for comment in time for publication.

A Hilton spokesperson said the company had no updates to its policies in Russia since early March, when the company announced it was closing its corporate office in Moscow and suspending all new development activity in the country.

An Accor representative pointed TPG to the company's earlier statements on the matter, which noted, "the Group is fully complying with the lists of sanctions enforced by the EU, the U.S. and the U.K. All management, booking, distribution, loyalty and procurement services to hotels for which owners are included on these lists of sanctions are suspended. However, Accor will continue to operate in Russia in some capacity as the Group plays a key role in supporting its 3500 employees, their families and local communities."

An IHG representative pointed to a statement the company made late last week that its existing hotels in Russia operate under long-term management or franchise agreements with independent owners, as most major hotel companies operate.

The U.K.-based hotel company noted the “increasing challenges of operating in Russia” have it continuing to evaluate contracts and discussing further with owners in the country.

“But this is a complicated process and will take some time,” IHG said in its statement.

Featured image by Lars Ruecker/Getty Images
Editorial disclaimer: Opinions expressed here are the author’s alone, not those of any bank, credit card issuer, airline or hotel chain, and have not been reviewed, approved or otherwise endorsed by any of these entities.