How to Actually Get Work Done on an Airplane 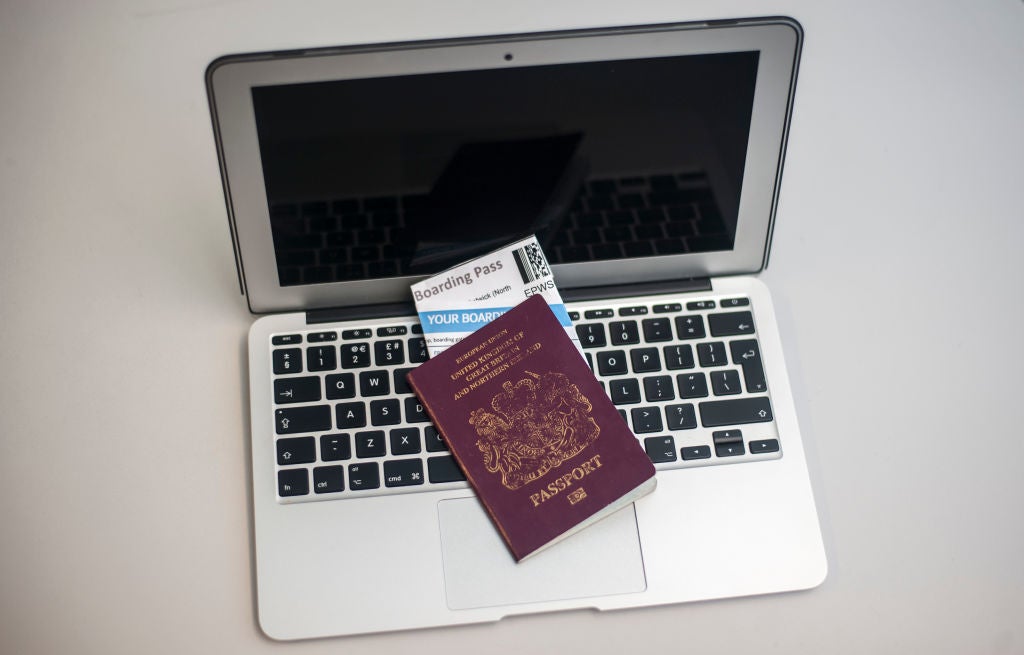 There are two types of fliers. Those who love the opportunity to watch bad movies, cry while watching bad movies, drink like they’re 21 again, and approach their strange, isolated time in the sky with a laissez-faire attitude. These are amiable folks, probably relaxed, probably reading a magazine, probably heading to Tulum for summer break.

And then there are those people who glue their butts to their aisle seat, fire up their laptops, and type frantically as though they’re paid $100 per word. They dial in to conference calls in the airport lounge and click on their overhead light the second the cabin is plunged into darkness. These are the in-flight laborers, the toilers, the monsters who can’t let an hour go by without checking their email one more time. Seriously, what could possibly be that urgent? (Full disclosure: I am one of these monsters.)

But crazy as their flying habits might seem to some people, these in-flight taskrabbits are usually incredibly efficient at maximizing their travel time. So how do they actually get work done during travel chaos? Watch as we lead you to the promised land.

Scope out the Wi-Fi situation.

You go in unprepared, you’re a dead man. When booking your flight, check to see if Internet is available on the carrier’s site or through SeatGuru. Most airlines charge in 30-minute increments, or you can buy a full day pass if you’re on a long flight. Hello, Boingo and Gogo Inflight!

Most lounges will have free Wi-Fi, but if you’re not going to be lounging, you can also check out this map (available as the app WiFox for $1.99), which has free Wi-Fi information for hundreds of airports around the world.

Plan ahead so you’re not running around looking for a connection, or relying on inflight Wi-Fi on a plane that looks like something Orville and Wilbur would have flown.

Leave nothing to chance.

Alright, but the real secret is that you have to know what work you are going to do ahead of time. If you simply say “I’m going to get stuff done!” you’ll sit down, see The Greatest Showman is streaming and soon enough you’re two hours and two bourbons into the flight, your work dreams dashed.

Be explicit and calendar your work as though it’s a regular work day: Answer 20 important and annoying emails. Create that PowerPoint presentation. Write that draft. Be realistic about how long these tasks will take (I write my estimated time — 30 minutes, two and a half hours, etc — in my calendar). Think about how much time you’ll actually have on the flight, subtracting for bathroom breaks, beverage service, and your own general distractive nature.

Get an aisle seat.

Splay your elbows and stretch your legs as much as you want. You might have to pause your work to get up and let someone out, but (IMO) it’s better than being trapped. Never give up your control.

Board with a full stomach.

You’re not going to enjoy that $12 turkey-and-mayo cellophane-wrapped sandwich anyway, so start your inflight journey with a full belly. If you need coffee, I’ll let you have your coffee, but you can easily and accidentally kill an hour of time ordering food, eating that sandwich, and watching a 15-year-old Friends episode. (Been there.)

Of course, if you’re flying business or first-class, this all goes out the window. Indulge as much as you want, then re-attack your work when … alright, you’re definitely going to keep eating and drinking, so just accept it and enjoy your flight.

Since you can’t use your laptop during the first 15 minutes or so of the flight, revel in your leisure time. Read a book or magazine or, taking a cue from my ridiculous self, pull out a calendar and look at your upcoming month. Do not turn on the seatback TV. DON’T DO IT.

Showtime, my friends. Here’s what you need to know. If you choose to go sans Wi-Fi for the flight, make sure you’re prepared.

If you need Google Drive documents, you can make them accessible offline by downloading the Chrome extension Google Docs Offline. Download this before your trip, and you can view and edit your files and spreadsheets.

The extremely useful notebook system Evernote is also available offline if you pay for Evernote Premium ($5.83/month, billed annually) or get a free trial of Evernote Business. Before traveling, you can set up offline access for specific notebooks and they will sync when you get back online.

I’m also obsessed with Gmail Offline, an app which allows you to draft emails, search your messages, archive notes, and plow through your inbox while offline — all without the distraction of new messages popping up.

You can also work offline in Microsoft Outlook by synchronizing your mail from a specific time period ranging from three days all the way to your entire horrifying archive full of unanswered messages.

Try working on the macro.

The beauty of working inflight is the complete lack of distractions (save for the snorer next to you). I’ve found my most satisfying travel-work has involved projects that seem overwhelming and/or less urgent during a normal workweek. Suddenly, knowing I have two, three, eight hours to devote to one task makes it seem more manageable. So what’s that thing you’ve pushed back week after week? Now’s the time.

Take a cue from Shark Tank’s Barbara Corcoran, who is incredibly efficient while traveling. She told The Points Guy: “I am enormously productive on an airplane because it forces you to hyper-focus. I also don’t use my phone, which is a rare occurrence in life. I use it to accomplish things that I don’t want to do or that I’m stalling on, and it forces the issue since I have a deadline.”

While I love meeting strangers while traveling— here’s how to do it without cringing —there are exceptions. Small talk is not gonna help you get your work done. So pop on those noise-canceling headphones and retreat into your turtle shell. There’s nothing worse than being half-engaged in a conversation while your head is consumed by what you really need to do.

Alright. “We’ve now begun our descent.” Terrifying words for worker bees. Did you finish that spreadsheet? Did you chip away to Inbox Zero? If you still have work left to do, well, you’re out of luck. You’ll be landing soon. Your phone will be back on. Texts and calls and emails will come rolling in. You’ll become part of the real working world yet again.

If you did any work on the plane, slap yourself on the back, draw yourself a bath full of Bloody Mary mix, and weep joyful tears. You have become one of the flying taskrabbits. Look to your left, at the man drooling under his eye mask, and to your right, at the woman watching her 7th hour of HGTV. You are victorious. You have won. You have taken back hours that could have disappeared. Congratulations, your work here is done.